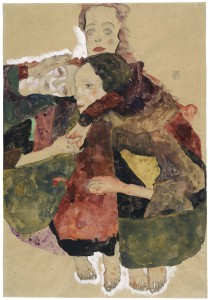 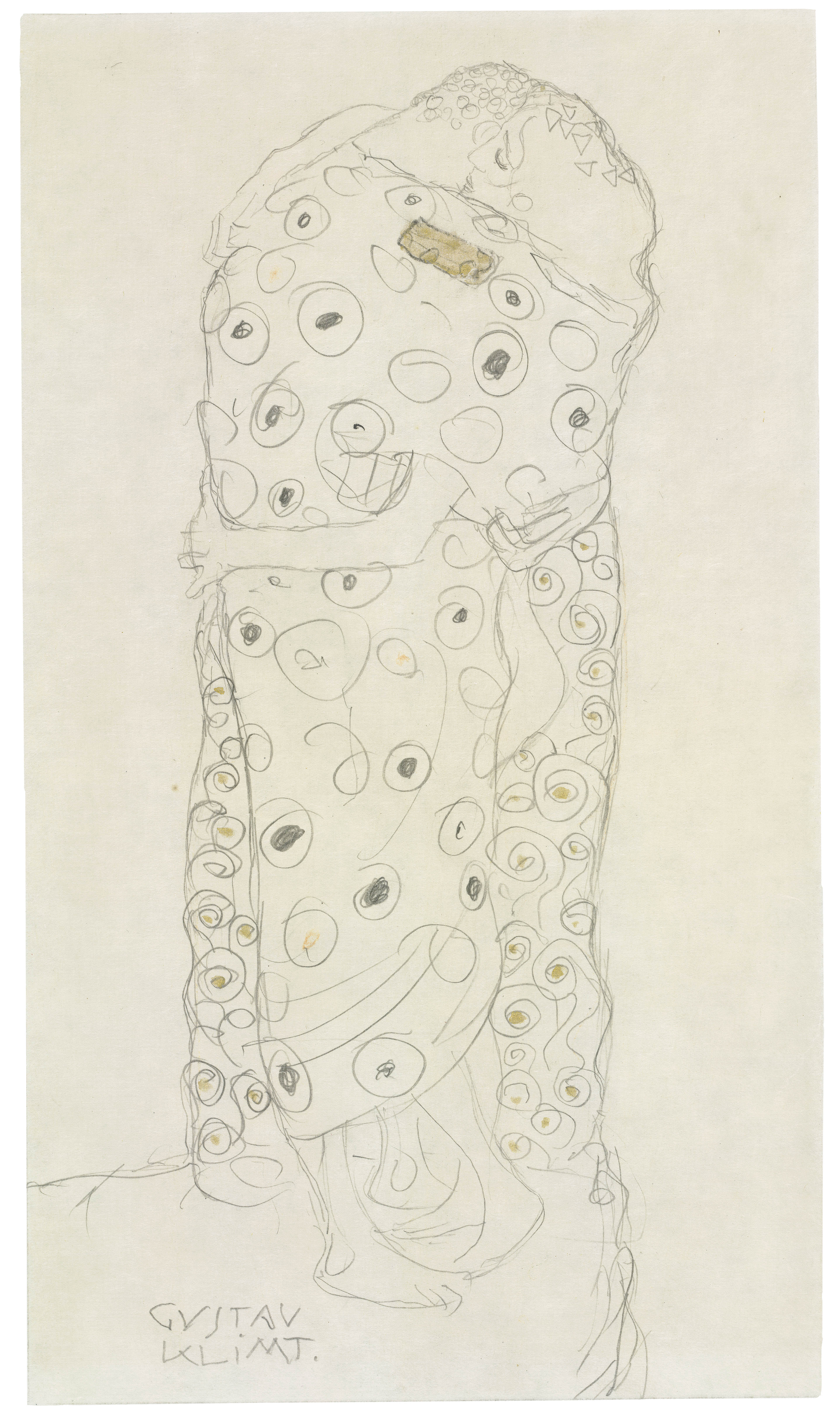 Intensely marvelous young Egon Schiele and reputable master Gustav Klimt share the limelight in this captivating Viennese doubleheader. Klimt was an established star and Schiele a confident student when the two first met in 1908. From the exhibition it is immediately obvious that both their obsessions were already mutual. Figures somewhat clothed, intertwined in almost incomprehensible sumptuous clinches or laid bare on the ground. These pieces are drawn with a tremendous linearity depicted by gracefulness in Klimt’s case or by Schiele’s fierce and passionate lucidity. Klimt draws people as supple forms, his extravagant line lessening all the wearisome intricacies of limbs, muscle and flesh.  Schiele takes these and makes them harsh. angular and lanky. The contrasts between the two artists in this exhibition becomes apparent. Klimt’s line is all recurrent, all-encompassing around the anatomy. His drawings are mostly studies for his full-scale paintings. Whereas for Schiele, the lines are spontaneous, natural and phenomenal. He turned mere drawings into highly charged works of art.

This is an exhibition of the highest quality, what emerges from it is that while Klimt may have been the greater painter of the two, his drawings appear clearly trivial alongside those of Schiele’s. His works on paper show him to have been one of the greatest draughts-men in the history of art. Klimt and Schiele were responsible for the way we as an audience interpret and depict the ‘self’, and the Royal Academy’s show is an opening to refresh and go over the mind we have inherited.