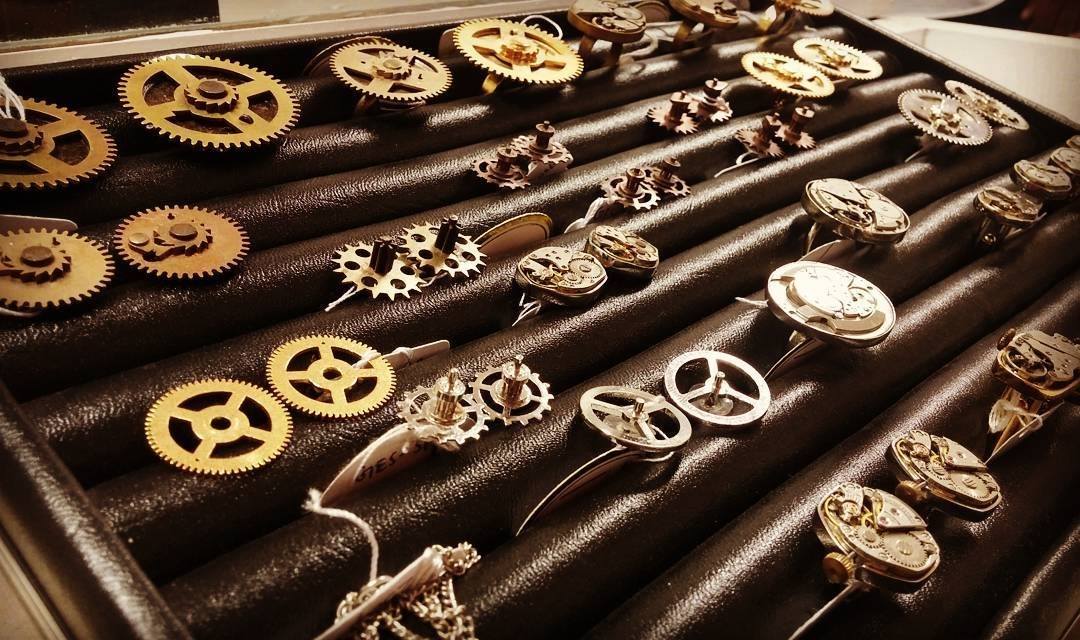 The art of time-keeping in itself is instinctively primal. The need to calibrate the extent of the day into units gave birth to the objects that have served as it’s signifiers over centuries. The Quartz clock is the most dominant and widely produced among the rest. Crafted to meticulously chime to each hour from dawn to dusk; it is merely a suggestion of time. Irregardless of the unit it is measured in, time does not stop. Quratulain Choudry’s art practice has tackled the persistent nature of time and she humorously integrates her inability to keep up with it. Despite the seemingly light-hearted idea, her work reads with a calcified refinement. In her recent work she has resolved her sculptural practice into wearable art that takes the form of jewelry pieces. Her work does not stand idle or hung on a wall, it assumes a journey of it’s own as well.

She physically materialized the over-bearing nature of time-keeping by shaping and “reconstructing the essence of time”; a tactile manipulation of the clock itself. Using elements of the clock and reducing it to pure aesthetics she creates charmingly vacant quality. Time itself can’t be stopped but interacting with those elements in a visual manner allows her to ‘seize the moment’ in a unique manner. The exquisite craftsmanship, and the allure of the ‘steampunk’ which has been tastefully tackled gives her jewelry pieces strikingly modern aesthetics. It has an element of spontaneity, yet an artful restraint; the thought itself is carried forward due to the finesse within delegation of the medium.

She titled her recent jewelry collection ‘Kairos’‘; “a time when conditions are right and events are meant to happen for a reason”. The simple act of taking apart the clock, having it breathe it’s last breath as the hands of the clock stop moving, and having it rest in a uniquely crafted jewelry piece quite literally and visually translates as a ‘timeless piece’.

This act of deconstructing and reconstructing reflects her thought process as a sculptor. With a precise eye for detail her work allows her to create something that is wearable yet is delightfully unexpected. The meticulous precision of her jewelry pieces speaks on behalf of her continuous practice as a sculptor.

The act of taking apart the clock mechanism, she does essentially stop time, which she was in sense trying to do. The literal nature of the approach adds a humorous undertone, which through her eye for detail and visuals is elevated. Through the process of creating her work she profoundly concludes that “time does not pass, it continues.”