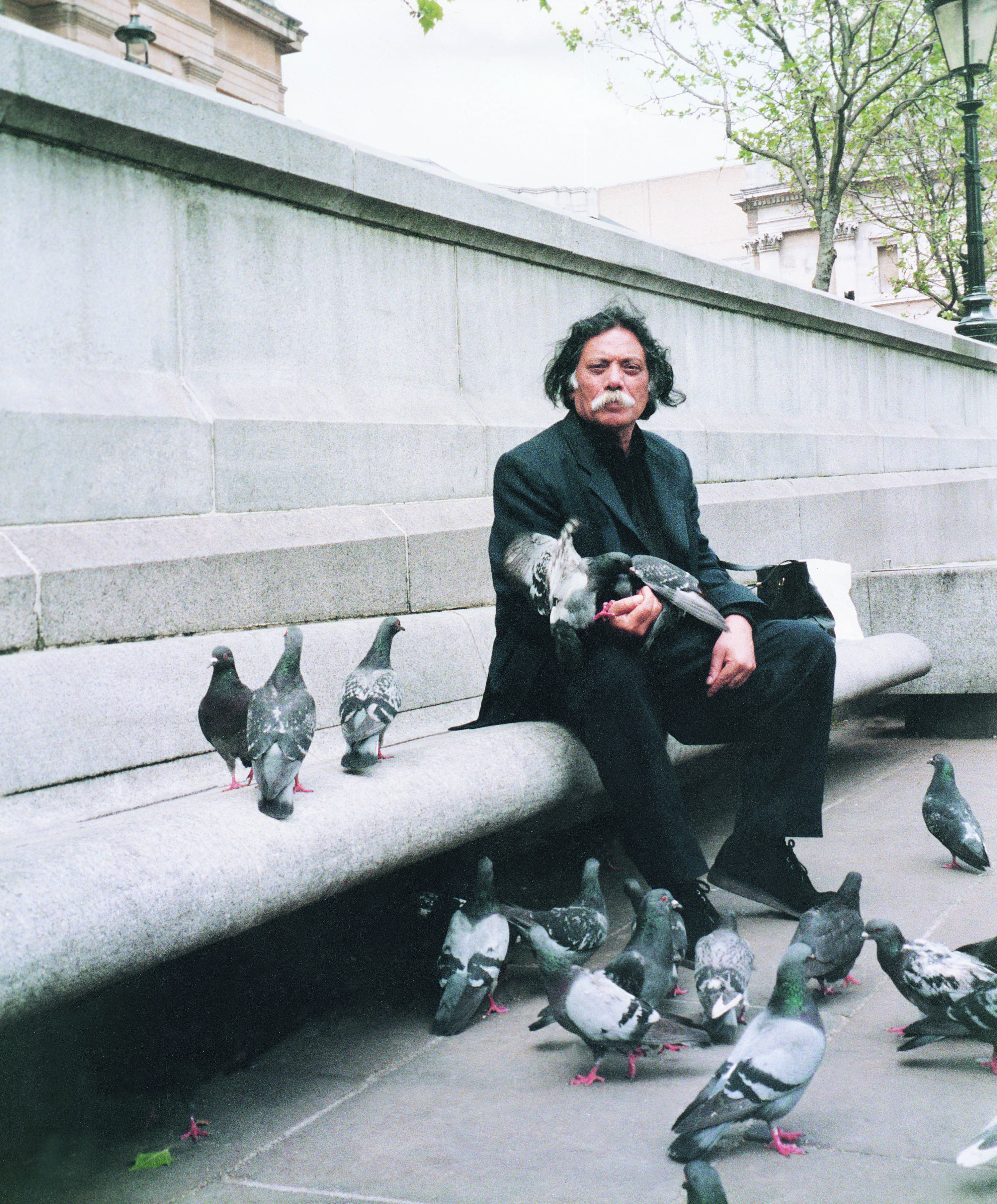 Journey of a Living Legend, Journey of Jamil Naqsh

(For thousand years the narcissus laments its blindness;

With great difficulty the one with true version is born)

These poetic words of Iqbal are a big tribute itself and a crown of golden words that would go to a deserving person. Art world today is full of twinkling starts, big names, emerging artists, artists who are stretching the art boundaries and introducing new techniques. But someone, born in 1939, migrated from India to Pakistan and started his journey of art in 1953 from Mayo School of Arts & Crafts, Lahore, constantly shocked everyone with his exclusive, arcane and almost rare form of art work, without bragging he let his art make the noise.

Art history of Pakistan has been bestowed by brilliant artists like Sadequain, Ismail Gulgee, Zubeida Agha, Abdur Rahman Chugtai and many more. Among them Jamil Naqsh is one of the blessings for the art world. Not only in Pakistan but he is internationally known for his art work which gets on much higher plane every time he exhibits his master pieces.

A brilliant contemporary painter, his success story is an amalgam of immense talent, creativity, labour, single-mindedness and of course strategy. Naqsh was nurtured in a creative environment where art forms were freely practiced.

At the Mayo School he was introduced to the art of miniature painting courtesy, the renowned Ustad Haji Sheriff. Soon Jamil Naqsh abandoned his study courses at Mayo to work full time with Ustad Sheriff. Thus began his grounding in this discipline. Working from morning to dusk he imbibed technique, methodology, and unique intricacies peculiar to Mughal miniature painting. At this juncture, developments in modern art in Pakistan were rapid, popular and eagerly accepted.

The synthesis of abstraction and finesse of miniature apparent in Jamil’s work now probably had its origin in that early educative phase when he was learning in a climate of twin exposures. Album painting and non-objective art are mutually contradictory but Jamil Naqsh borrowed the best of both to create his own aesthetic vocabulary, which then became his signature style.

To commemorate the contribution of this towering personality, friends of Naqsh came up with the idea to open a museum in his name that did not only fulfill the purpose of paying homage to Naqsh by displaying all his paintings from 1960 to 2000 but also a contribution in the local art of Karachi that will be open for the public.

The museum has all the art works from paintings to calligraphy and the books that tell about Naqsh’s work and exhibitions. There are sections divided for the paintings, miniature and calligraphy. Crossing a narrow passage from the main entrance there is a door that opens to the porch/foyer which has sitting arrangement for those who, after a completion of their visit of the museum, still wants to enjoy the inside view of the Naqsh museum. Then there is a door opens into a building that is embellished with million dollar paintings of Naqsh.

The soothing environment and walls speaking about Naqsh art, takes away the feeling of oppression and tranquillizes the visitor in the world of joy and peace. Each section of the museum is divided into categories of the masterpieces. The ground floor gives an idea of the genre of Naqsh choice of paintings as a book cover and the title gives an idea of the story.

Speaking at the inauguration, chief guest for the occasion and opposition leader Senate, Aitzaz Ahsan, said, “Jamil Naqsh is a renowned name in the world of art. Living abroad has not dampened his love for the traditions of our nation. Over the years, his contributions have helped highlight our traditions and talent on the international forum. It has been an honor being present today to pay tribute to the great artist”. He highlighted the importance of art in Pakistan, “Jamil Naqsh and his art are a point of pride for our nation. His contribution has made it possible for the world to view our traditions in a way that doesn’t need a language.” He added.

“The Jamil Naqsh Museum will hold a great significance for the city of Karachi in coming years. The idea behind setting up a whole museum dedicated to the artist’s work was to provide the younger generation a place which inspires them to do something similar in the field of art,” added Dr. Setna, a trustee of the foundation.

The ground floor has large paintings hung on the bigger spaces of the walls whereas the small paintings are hung in the small spaces left and some are placed horizontally. Thus there is no space left in the museum where the masterpieces are not displayed.

Following the stairs that goes up, there is a big portrait of Naqsh and his signature painting of pigeons. The placement of the paintings is done so brilliantly that one does not lose the connection with the art work.

On the opposite wall in the same section, there are numerous miniature paintings from Naqsh’s old collection. On the left from the stairs, the front wall and the left side wall of the lounge on the upper floor displays his recent abstract work based on calligraphic paintings. The words written on the paintings are an important part in the history of Islamic visual expressions.

The lounge opens into another section that has monochrome nudes and figurative paintings, almost similar faces, and iconic pigeons. This section of the museum has Naqsh series of pigeons and pigeons and women.

Jamil Naqsh, a contemporary artist, is a master of texture, light and space; which are often the backbone of his art. His artwork depicts the female form, which is often paired with pigeons and other subjects of nature. Throughout his career, his paintings have been grounded in tradition, usually depicting his subjects from Mughal era.
The artist has received a host of awards commending his work, the most prestigious amongst them being the Shakir Ali Award, the Sitar-e-Imtiaz, and the President’s Pride of Performance.
This Museum, by the friends of Jamil Naqsh, is not only a tribute to his contribution to the world of art, but also looks to inspire upcoming generation of artists.

The retrospective that featured over four hundred works by one of Pakistan’s modern masters, spanning four and a half decades of his artistic career. It illuminated the artist’s favourite themes: pigeons, woman and pigeon, woman and horse, mother and child, ode to love and his innovative renditions of the maghribi style of Arabic calligraphy. The collection was a fitting tribute to Naqsh’s creative genius in a remarkable variety of media: pencil, ink, ball-point pen, water colours, acrylics and oils.