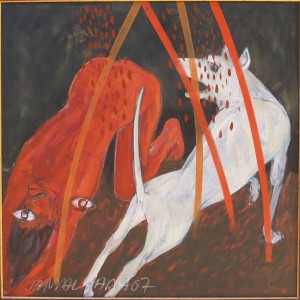 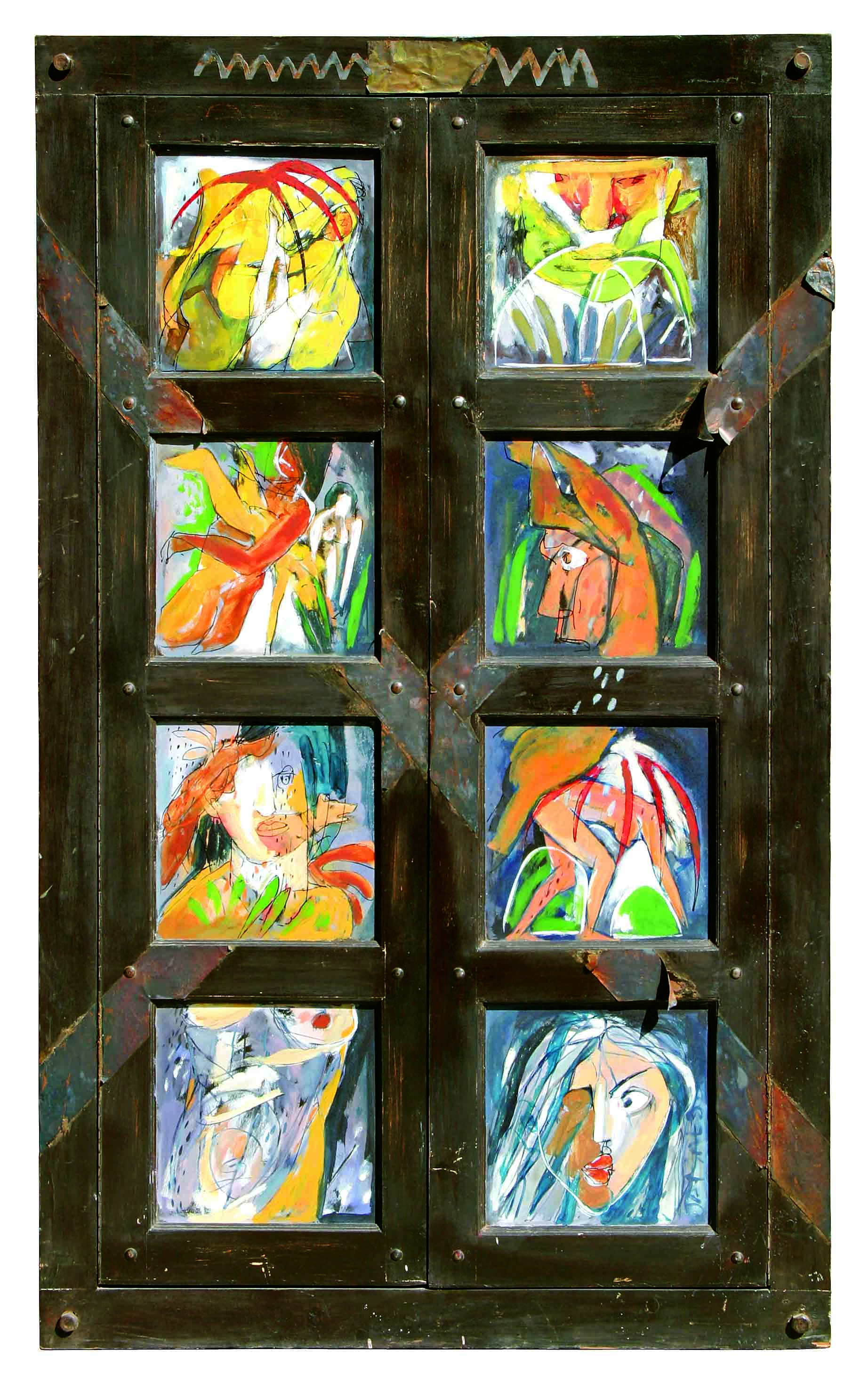 Jamal Shah, A Man of Many Dimensions

For Jamal Shah art and cultural creativity are a vital necessity for any society. Over a cup of coffee at our meeting at the PNCA he explains how art and culture serve as a resource to critically engage people with their surroundings thereby encouraging them to develop an intimate understanding of societal evolution. Art has the subliminal capability to inform people of old and new challenges making them better informed decision makers who are then in turn able to extend a positive and productive contribution to their own lives and those around them.

With this understanding Jamal Shah has been a leading force making the PNCA active and vibrant today. There are however huge challenges. Heading the PNCA he says “It is a very prestigious post. To handle as the responsibility of preserving our part of subcontinental culture comes under my supervision and it is also an arduous task. Nevertheless we aim to provide a platform for Pakistani art despite the meager funds that are provided to us by the government out of which 94% of the minimal budget gets utilized on salaries with a remainder of a mere 6% to fund our ventures and further projects.”

I ask about when and how he joined PNCA “It was in Musharraf’s era that the Director of PNCA asked me to be the Director General for the Visual Arts Department. The second time there was an advertised post for an opening at PNCA in which I passed all three interviews and even earned a recommendation but they gave my spot to someone who was previously rejected.” The Ministry of of Culture and Heritage called an official meeting within the ministry to question why Jamal had not been accepted and this led to him being pursued till he finally accepted the offer to join PNCA.

About his childhood, Jamal Shah’s family held a mix of liberalism and conservative values. He remembers how his mother was uneducated however still managed to be a very creative person in addition to being wise and strong. His father was somewhat artistically inclined, had the ability to draw and was fond of music but he served as a police officer which created a strict atmosphere in the household. His siblings were also creatively inclined by nature, for example his eldest brother is a writer who was the Chairman of the Pashto Academy; his other brother is a qualified fashion designer in Scandinavia. In the environment he was brought up in, there was an acceptance of the arts but at the same time the family had a tribal (conservative) background.

“Since I was a child my family always gave me the impression that I am an artist. From a young age I would draw or scribble on the walls, when my mother would wash it off it was as if she was preparing a new canvas for the next day. Those are the memories I have from my childhood as I was encouraged from an early age. My grandfather would ask me to draw my sibling’s portraits which turned out good and thus I was known for possessing artistic skills in my childhood with support from my family as well as my neighbors.”

After completing his Matriculation he expressed the desire to apply to NCA and study to be an artist. “That was when my father dissuaded me and told me to opt for a more practical career such as medicine or engineering etc. He said art is not a profession and choosing this path will bring upon a lot of difficulties, the reason for his discouragement was because his elder brother was an artist who struggled with his profession and it in turn affected his life. Thus I scored adequate grades to get into a medical college but after some self-reflection I realized that I didn’t possess any Mother Theresa type instincts to dedicate my life to medicating others and chose to lie about my grades to avoid that path. Subsequently I switched to geology and chemistry for my BSC and also got a Master’s degree in English literature.”

He tells me how “When one of the initial broadcasts for PTV Quetta arrived I secretly auditioned for a program. Munawar Taufeeq held the audition and instantly recognized my talent and handed me the responsibility for composing the music, providing the lyrics and organizing the singers, and I delivered on the tasks. The show reached a great level of popularity. However while the broadcast aired I was not at home and when I reached back my father was furious that I had taken this leap and I reiterated that I grew up watching him arrange concerts and appreciate music usually in the classical form to which he replied that appreciating and playing an actual instrument are two very distinct things and the latter is not rather respectable. But eventually I continued to compose and sing and also got some offers to appear in plays. My first drama was a Pashto mini serial however it was not a great experience so I decided not to venture in that department again.”

After completing his Masters in Literature he decided to apply to NCA again during Bhutto’s regime and finally his father permitted him to attend the university he had been craving over. After graduating from NCA he went back to Balochistan to set up and head the Art Department in Balochistan University. “The response was overwhelmingly positive because the natives in Balochistan are strongly rooted when it comes to their cultural identity.”

Shortly thereafter he achieved a scholarship to attend Slade School of Art in London for 2 years. “This was a very enriching experience. To be surrounded by different contemporary artists that were contributing to the current Avantgarde movement. It was in London that I met the English actress Vanessa Redgrave via my friend Amir Hussain as well as Han Suyin. Vanessa and I exchanged notes on the Pak/Afghan political situation and then she took my address and said she would pay a visit. One Sunday morning the doorbell rang and it was Vanessa talking about a fundraiser she was planning to do for Palestinians in Moscow and expressed the desire to get Pakistani and Afghani artists to participate asked me to arrange for Pakistani artists and thus I provided 13 to 14 artists for the fundraiser.” As well as such experiences, he says “The stint at Slade proved to be very fruitful as it exposed me to various forms of Theatre and different mediums in Film as well. When I returned and was contemplating the setup of an art academy for art I got cast in a British mini serial ‘’Traffik’”. Traffik was a huge success and highlighted the international heroin trade menace, receiving 6 BAFTA nominations and winning 3, as well as an Emmy nomination.

After his graduation from Slade Jamal became the first Pakistani artist whose work was exhibited at the highly renowned Victoria and Albert Museum in London. “By the time I came back Nageen Hyatt was interested in doing an exhibition with me and shortly after that expressed the desire to open an academy for art thus we started an initiative called Studio Gandhara but unfortunately had to part ways. This decision left a lot of my students distraught and they suggested that I should create my own art school. The name ‘Hunerkada’ was coined by me and my previous students collectively. Hunerkada was a platform for people with creative ingenuity to exchange views and grow from that experience. The academy was not only limited to visual arts but expanded our departments unto performing arts including theatre and music. It was through Hunerkada I produced my first PTV serial that discussed the perils of AIDS in a drama called ‘Kal’. However the script was completely massacred by the strict censor board and many hospitals refused to let us film because they felt as if our project would lead to negative propaganda and did not want their hospitals name associated with the disease AIDS. Nevertheless we still managed to shoot the serial however as an effect of censor board regulations the drama was cut from an original set of 26 episodes to 16 delaying the impact that the show was meant to have but despite that we still managed to send our message across to the audience.” The production of Kal, with its theme of uncovering the dangers of AIDS, reiterates the importance of art as a medium to inform society

Jamal Shah has had a hugely interesting career, enriching cultural life in Pakistan. The first art exhibition I attended when I moved to Islamabad in 1990 was Jamal Shah. Even though I’d never seen his art work, I’d heard about his commitment to the arts. Upon viewing the exhibition I was struck by his talent and I bought my first work of art which almost 30 years later still hangs on my wall. Over these years, I’ve kept hearing about new ventures JamaI is involved in and spearheading. More than being a talented artist, writer, actor, director and social worker; Jamal Shah is highly respected due to his continuing contributions in the field of arts and culture in Pakistan.