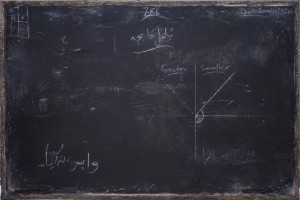 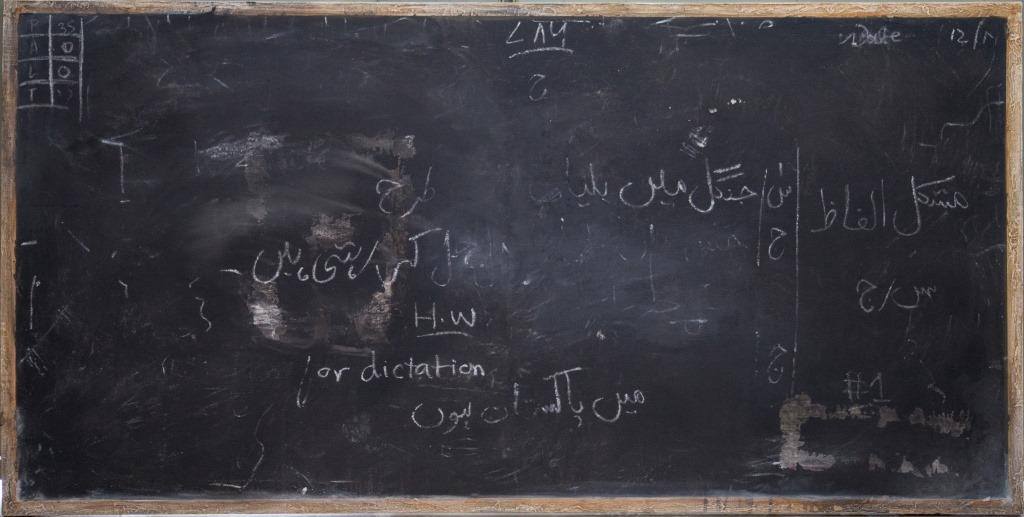 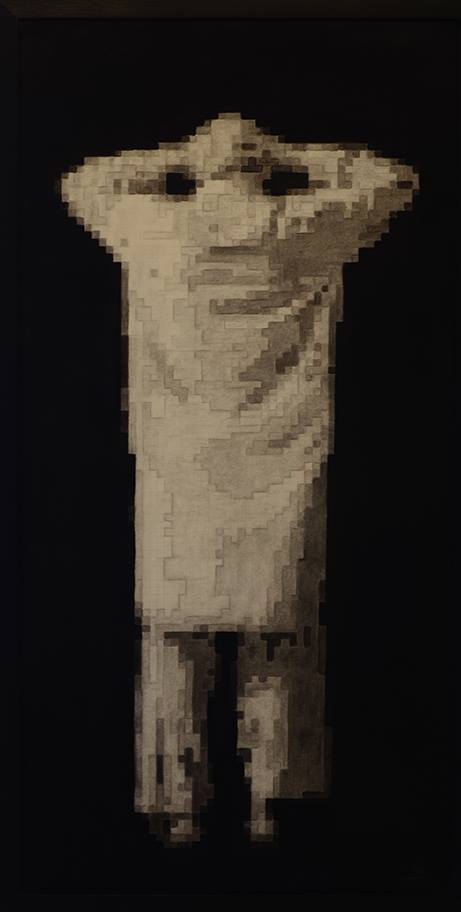 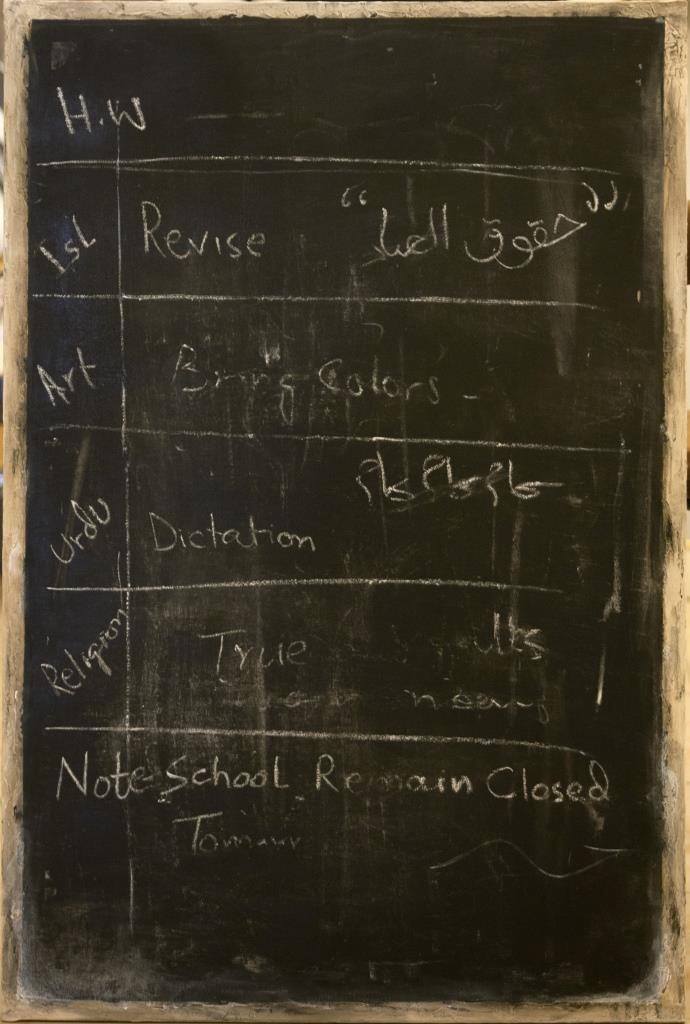 There is nothing more devastating than the loss of the innocent. Pakistan, as a nation has endured so many losses, the most mortifying being the APS attack which rocked the society to its core; the incident where not only lives were lost but also the nation’s future turned bleak.

Saad Ahmed and Agha Jandan, two visual artists have paid a tribute to the people that have been victimized in these attacks. They reflect upon the world they live in today where human life seems to have lost its value. Their show “Jamaa Zarb Taqseem” put on display at Satrang Art Gallery on the 10th of December, acts as a eulogy to those who have been prey to the discord in society.

Saad Ahmed’s work comments on a nation that is inured to skeptical glances, distressing inspections and the state of constantly being on their toes. The artist has caught his subjects in action which reveals this perpetual fear and alarm. Most of his characters are witnessed with their hands up in the air or in the stance of surrendering, showing how people have resigned to their abysmal state.

Ahmed adds mystery to his images by using pixilation in order to veil the identities of his characters .The enigmatic nature of the images makes them powerful. The individuals in their anonymity are more powerful as it could represent anyone of us, making it relatable, yet all the more terrifying. There is discomfort in their postures. Some reveal their vulnerability while others try hard to hide their apprehensions.

Ahmed’s “specimen I” makes one gravitate towards it; more specifically the little girl in the image. You can almost see her shifting on her feet. She is only a child that is not supposed to be exposed to such apprehensions at such a tender age. Perhaps, the girl stands for the many children that have lost their childhood way before time.

One cannot easily decipher between the charcoal drawings and the print as the artist maintains an identical “pixilation” technique and texture in both mediums. Saad exhibits a great comfort level with both methods, resulting in more polished works of his former practice.

The image that appealed to me the most was “A perfect man”. There is a certain contradiction between the title and the suspicious eyes on the subject; the eyes to the ground, the usual investigation, checking, as if done repeatedly.  Saad’s images are moments frozen in time, things that we witness everyday but do not pay heed to.

Furthermore, Agha Jandan’s artwork leaves one in awe, whether it is the unbelievably realistic nature of the paintings or the amount of emotions that it stirs up. The blackboards are impregnated with the history of generations. There is life within the images, of generations growing up, of lessons given and learnt, some retained others slowly slipping out of memory. The images have so much contained within them, that the viewer can’t comprehend them in their entirety.

The work consists of a menacing quality which haunts the viewer.  The blackboards may contain lessons we have all seen in past, yet they have an alien quality to them. Unfinished phrases such as “Who wapas nahi aya”( He did not come back)  “la tahdaad musalman” (numerous muslims) suggests more than just ordinary lessons. The work contains of subliminal messages that create a rather ghastly aura. Jandan hints at the fate of future generations residing within a community that is always under attack. The imagery could also be a comment on how the lessons in school do not prepare children for the world outside the classroom.

Agha Jandan’s painting “Holy day” stands out within the rest, where the artist highlights the APS attacks through the use of childlike imagery. The illustrations of a house, and a object shaped like a bullet along with a words such as “imtehanat”(tests) and “786” are clear allusions to such attacks. Thus, the artist through few hints weaves a very heavy narrative that embeds itself in the minds of the spectator, forcing them to relive the events of 16th December.

The exhibition affirms the power of a monochromatic palette. It shows how when stripped of colour, the image bares his soul to the viewer. The exhibition was more than beautifully executed pieces of art. It had images that stay with you for some time. It isn’t instant gratification but the pictures have the ability to linger on in your memory.