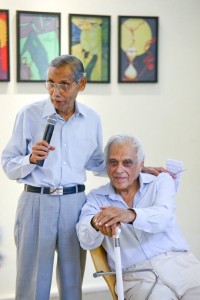 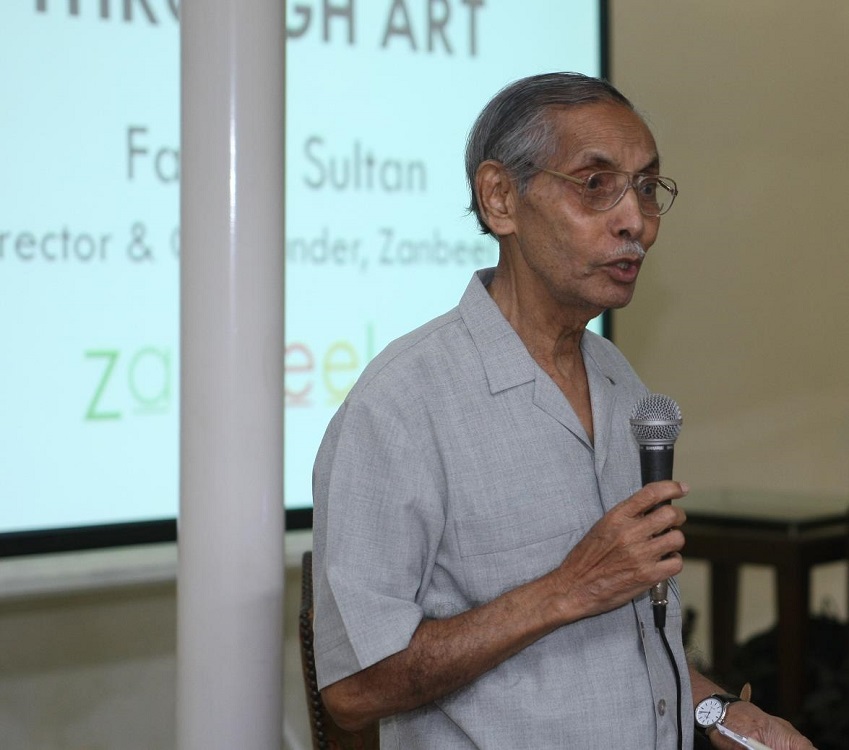 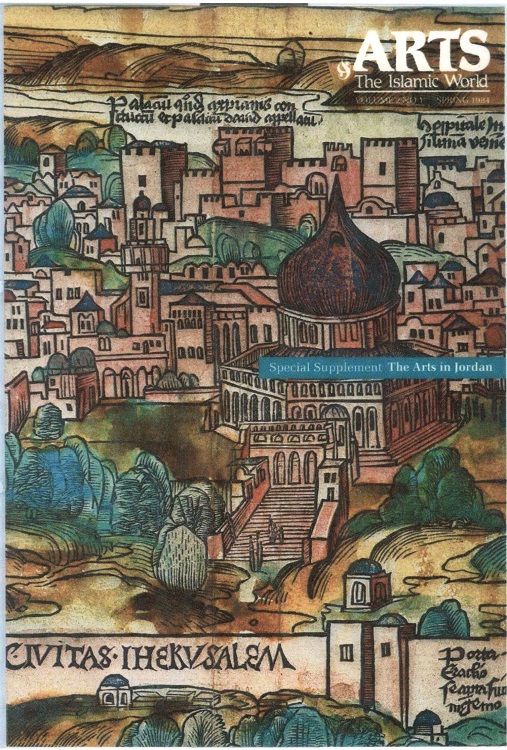 Jalal Uddin Ahmed was born in Lucknow in 1925. He graduated with Honors in 1945 with a Masters in English Literature and started teaching soon after, as a junior lecturer in the Department of English at Aligarh Muslim University. Without wasting any time he set about to conduct research based on the contemporary art movement that was bound to emerge right after partition. He was guided by the late distinguished Professor Shahid Suhrawardy, who in his time was a well-known connoisseur of the arts.

In 1951, he represented Pakistan at the Third International Congress of Art Critics and also had Pakistan affiliated to the Unesco-sponsored International Association of Art Critics in Paris.In 1954, he published a book titled Art in Pakistan. Speaking in regard to it at the Karachi Literature Festival 2014 he said “After seven years of independence, we didn’t have an art movement,” he said. “The book had no significance other than documenting the art – it served merely as a record.”

He was selected by the Pakistan Public Service Commission as Assistant Director, Department of Films and Publications and was later appointed Director General, Films and Publications, Ministry of Information. In 1972, Jalal Uddin took a sabbatical from the Ministry of Information for six months to research at the British Museum on contemporary arts in the Islamic world, at the end of which he was transferred to Cairo as the Press Attaché in the Pakistan Embassy.

In an earlier interview he refers to his years in Cairo as ‘’perhaps the best years”. It was in Cairo surrounded by the rich art scene in terms of not only art and architecture but a whole range of performing arts, music, theatre, classical and folk dancing along with ballet that he and his wife, Azra Jalal, toyed with idea of producing an art magazine. They had come to realize that there wasn’t a single English language art magazine that dealt with art in the Arab and Islamic world. It was a gap they were determined to bridge.

In 1977, Jalal Uddin sought voluntary retirement from 25 years of government service. He and his wife then headed to London where he was offered the job of Director Publications by the Islamic Council of Europe. It was in London where their idea of an English language art magazine came to fruition with the help of Moazzam Ali, then Deputy Secretary General of the Council. After 5 years of determination and hard work, “Arts in the Islamic World” was published with an initial print run of 20,000 copies. The response it generated was a positive one. They had underestimated the demand for the publication and had to go in for a reprint.  From its first publication in 1983, 36 volumes some of which were special editions were produced on a non-profit, self-paying basis. Zafar Malik, one of editors of the journal, in an Express Tribune interview looks back fondly at the experience of working with the couple “I was the naysayer of the group,” he recalled. “I said if we do not have £50,000 we can’t start a magazine. Jalal sahib looked at me and said, ‘well I only have £13 and seven pence and we are publishing a magazine with that. That put me in my place.”

During his stay in London, Jalal Uddin organized international seminars on Islamic arts. He also organized a major exhibition of books on Islam and the Muslim World assisted by the British Museum. The exhibition compromised of 3000 titles and was on display at a hotel in Central London. The exhibition was held in 1980, on the occasion of the completion of 1400 years of the Hijri Calendar. Its grand success paved the way to a similar exhibition then held in Paris a year later. A total of 1500 titles, all in French, along with photocopies of out of print books were held at the Unesco Paris. Years later, the first international exhibition of Contemporary Art from the Islamic World at the Barbican Centre in 1989 was organized under his relentless dedication.

After many wondrous and productive years in London, he and his wife moved back to Karachi to spend more time with family and almost immediately became active members of the FOMMA Trust (Foundation for Museum of Modern Art). The idea for FOMMA was first mooted in the sixties but lay dormant until its revival over a decade ago with the help and patronage of a Board of Trustees compromising of affluent business owners and art patrons alike.

It was under Jalal Uddin and his wife that the FOMMA Trust began a series of publications in 2003, the first monograph on the late artist Ali Imam was published and sold out, and it was followed soon after by a monograph on Zubeida Agha and over the years the list of publications continued to grow. To date, FOMMA Trust has twelve publications and also a large collection of archival material donated by Ali Imam. Jalal Uddin has often laid stress on the need to record and preserve our artistic history for generations to come.

His role as Honorary Director General of the FOMMA Trust is one he carried out with infectious zeal and dedication. He helped organize the first ever exhibition ‘Art Books & Periodicals’ from Pakistan held in India (12-17th February 2013) jointly sponsored by the IIC and the FOMMA Trust. It comprised of more than seventy art publications made available by some of the leading art publishers in Pakistan. At the conclusion of the exhibition, the books were donated to the library of the IIC in New Delhi as a reference resource on Pakistan art and artists.

For Jalal Uddin age is a but a number. He approaches each day with stamina and enthusiasm that is at par with someone half his age!  Although now retired, he remains actively involved with FOMMA Trust and is brimming with ideas and continues to set his eyes on the future. His years as an active promoter of the visual arts have contributed vastly to laying the ground work for the many ambitious projects under the FOMMA Trust. Thanks to his tremendous knowledge of the Islamic arts and the many years of experience he has acquired in various fields and as an ardent supporter and advocate of the arts in Pakistan, Jalal Uddin Ahmed remains an institution unto himself.