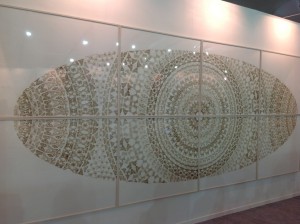 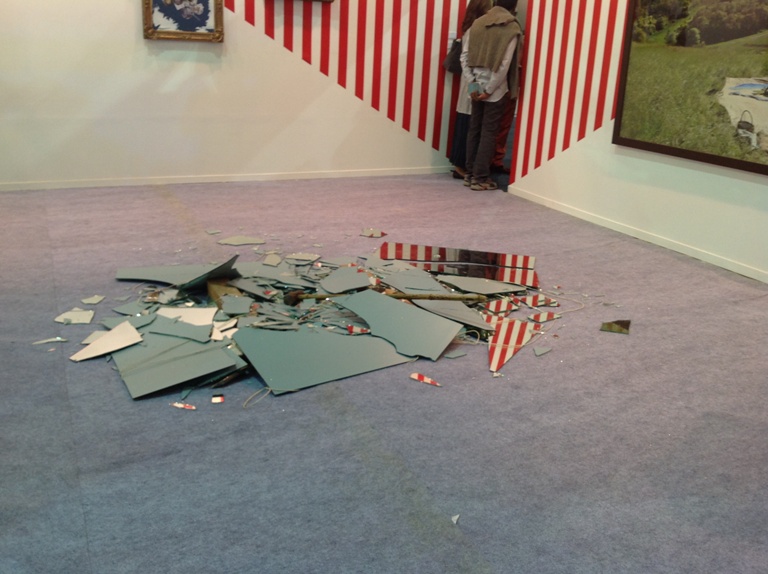 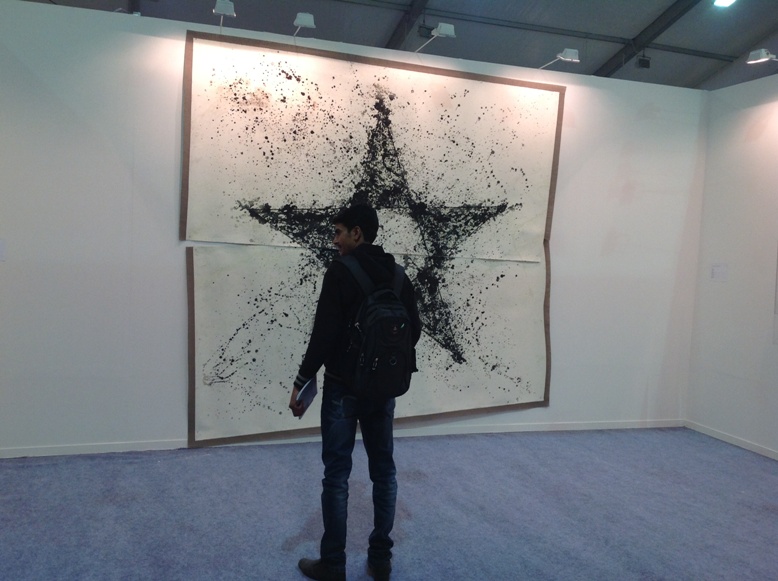 by By Lavinia Filippi

India Air Fair arrives in its fifth edition with evident improvements and an increasing number of exhibitors, visitors and art collectors.

India’s leading modern and contemporary art fair continues to grow and attract attention not only locally but from the international contemporary art community, which is spending more and more time in Asia, as well.
Internationally recognized galleries such as the French Galerie Perrotin and the British White Cube have opened locations in Hong Kong and many other galleries and collectors were in Singapore to participate in the third edition of Art Stage Singapore earlier this year.

India Art Fair was held at the NSIC Exhibition Grounds, New Delhi, from 1- 3 February, with a preview day on 31 January. Over a hundred galleries were exhibiting in the twenty thousand square metre tent designed by the Indian designer Sumant Jayakrishnan, which included a video lounge, an art bookstore and a Speakers Forum with a schedule of talks and discussion panels by global figures such as Akiko Miki, Chief Curator at the Palais de Tokyo in Paris, Amin Jaffer, International Director of Asian Art for Christie’s, Barbara London, Associate Curator at the Department of Media and Performance Art at MoMA, NY, and leading artists such as the Lahore-based Pakistani, Rashid Rana.

This year’s edition of the Fair concentrated more on contemporary art rather than modern, except for a couple of galleries that showed Indian masters such as Jamini Roy, M.F. Hussain and Satish Gujral, and some lackluster Picasso and Chagall series in a German gallery. The Fair also had a solo project section, in which, amongst the many shows, there was an interesting installation titled enmeshed by Indian artist Shivani Aggarwal, a series of acrylic on canvas and a fibre glass sculpture representing knitting tread and tools.

The exhibitors were coming from four continents, evenly divided between Indian and international galleries. There was a heterogeneous foreign participation, ranging from galleries from the US (three from New York) and Europe (including five from London, four from Paris, four from Spain and three from Italy), to Israel, Australia, Argentina, Singapore, the UAE, Turkey and China. Bangladeshi art was represented by the Dhaka based Samdani Art Foundation, which exhibited Tayeba Begum Lipi, Ayesha Sultana, Mohammad Wahiduzzaman and Mahbubur Rahman.

Despite the variety of the galleries’ origin, the most interesting aspect of the Fair lied clearly in cutting-edge art from India and South East Asia. Many of the international galleries were also showing Indian and Asian artists. This is the case, for example, of the leading French Galerie Lelong that exhibited Nalini Malani and the Italian Galleria Continua, which started collaborating with New Delhi-based artist Subodh Gupta almost ten years ago, and showed two other Indian artists, Shilpa Gupta and Nikhil Chopra, at this year’s fair together with the world-famous Michelangelo Pistoletto, an artist of “Arte Povera” movement.

The fair gives visitors a great opportunity to discover and admire high quality works not only from India but also from neighbouring countries, such as the poetic and nostalgic installations of Sri Lankan Anoli Perera, including Memory Keeper, or the sophisticated and powerful works of the many Pakistani artists exhibited. Amongst these, the steel and iron sculpture by Adeela Suleman, Falling Down Again, at the booth of the New York-based Aicon Gallery, or the large-size gouache on wasli-paper titled Silence Copy Copy by Mohammad Zeeshan, shown at Latitude 28 (New Delhi), are particularly impressive. Latitude 28 is also presenting a show on Pakistani art curated by Ambereen Karamat, “Crossing Over”, with works by Ayaz Jokhio, Mahbub Shah, Quddus Mirza, Mohammad Ali Talpur and Saira Sheikh amongst many others, until 3 March.

Some of the Western galleries might actually have participated in the Fair because they have been working with artists from this side of the world and are confident that their works can be sold in Delhi. This is even more true now that Europe is experiencing a financial crisis; when there is less money available the first cuts are to ’high-standard goods’ and status symbols such as contemporary art. But the main reason is that, following an opposite trend, India is going through a phase of economic growth, with a growing upper- and middle-class, which is becoming more aware of and interested in buying art. These new generations of art lovers that can now purchase art are choosing ’familiar’ works, which are more affordable and recognizable.

Considering this new increasing attention to contemporary art in such a huge country, with many ‘centres’ and many galleries spread all over India, a yearly appointment such as India Art Fair can contribute to dialogue and confrontation. For a collector, coming to Delhi during the Fair means being able to see the best of Indian galleries. In this year’s edition there were exhibitors from Delhi, Mumbai, Bangalore, Chennai, Kolkata, Hyderabad, Jaipur, Kochi and Agra.

The India Art Fair is increasingly becoming one of the most interesting contemporary art appointments in Asia. In the coming years, it should invest in strengthening its sub-continental dimension to become a uncontested reference point in the contemporary art fair panorama.