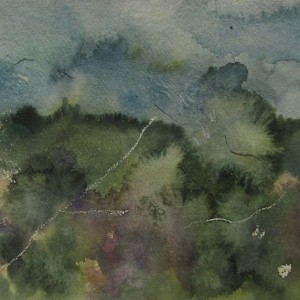 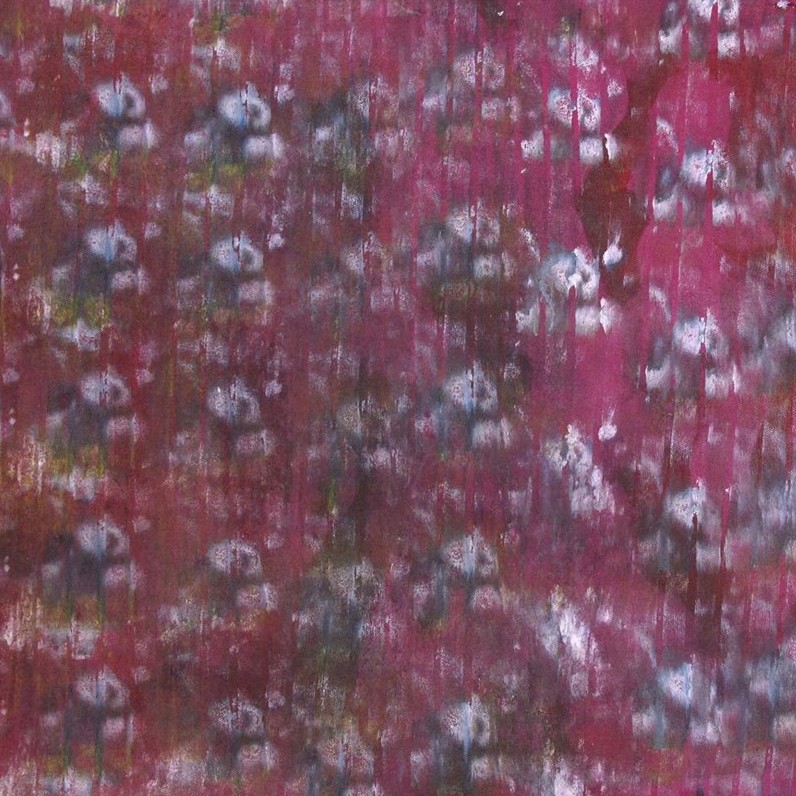 In Praise of Other Places

If you’ve been a follower of Marjan Baniasadi’s works, you’ll be aware of the fact that she speaks to her viewers via the weave. Carpets and their cultural significance in a home are brought before you not as inanimate objects of need or decor, but rather an alternate form of documentation and a need to preserve the culture one is familiar with in a world perpetually evolving.

Born 1993, of Iranian descent, Marjan has exhibited her works both in Iran and across Pakistan, her most recent solo being at O Art Space, Lahore. Currently she is working on her second master degree, now in Ceramic design, as a scholarship holder at The University of Pecs, Hungary.
In her most recent show, Marjan evolved from the immediate study of the carpets as a form and narrative of individual history, to rather, the emotion they elicit. Her journey has a prominent air of explorative deconstruction. As if one has gone into each of the interwoven stories, one at a time only to find more, when they reach what they thought was the source. A journey backwards from the conclusion to the beginning. A veritable hydra of history.

This idea of re-evaluation, to expose and rediscover, to find out a different path to the origin, is , I feel, one of the primary sources of inspiration in her work.
You can see it in both the exploration of art and her immediate life, whence she stayed on, after her family had moved back abroad, at The National College of Arts to do her post graduation and discover this region for itself, unhindered by its usually chaotic, first impressions.

With the current air of the times revolving around open narrative and uninhibited dialogue, (naturally accompanying the discarding of censorship) awareness is growing at a rapid pace. The histories we once knew as children, we are discovering, are not quite what was relayed as yet more information comes to light. There simply seems to be more to them. Artists contribute to the cause by shedding light on and bringing forth important links that we in our everyday hurry, could have overlooked.
Her recent shift towards nature, while still imbibing the feeling of nostalgia elicited by her previous works is well executed both visually and via medium.The ambiguous titles allow the viewer to choose which memory they’d like to relate it to and that appeals to its abstract nature. (Murree Hills came to my mind after seeing Drizzle and Green Hill I, II, III.)

Previously a practitioner of bold oils but currently soft watercolors, her palette blurs, hazily spreading onto the paper while a sandstorm of white noise follows obstructing the eye. Yet there’s a sense of order to the chaos.A pattern in the process.
Instead of causing one to look away it invites one instead, to look past the veil. To look again. To reassess.
I feel the need to dissect and record this era, is becoming more and more prevalent. A number of factors attribute themselves to this, from expansion of media to millennials to blurring geographic boundaries, information surges, societal evolution, all perversely affecting our lives. And as exchange expands and the world grows smaller, we tend to increasingly value our individual patches of identity. Marjan’s perception of reviewing an already familiar object from a different facet to uncover other depths is, i feel, an element we need to incorporate in many other areas as well in order to dissolve inhibiting boundaries while reminding one of the value of heritage.
Lastly, I’d like to point out is that we as a region can relate to the artists affiliation with this object. It’s something i feel we can empathise with as mode of expression. Carpets have featured in artworks across the world since the 14 century. “Precious oriental textiles began to appear in European paintings… originally solely in religious scenes, but becoming a motif that reflected the high social and economic status of those with whom they were shown. Often they were shown draped over tables in genre scenes set in the homes of wealthy citizens and patrons.”

We also witnessed them in history throughout our colonial era and earlier. One depicted the wealth of the courts and the settlers alluringly, beguiling westerners into traveling to the Orient via the stacks and piles of plush rugs surrounding them in their grand portraitures. They lay traveling in caravans and across countrysides and even had familial seals painted into them. It is these carpets that carry with them their own record of the past. The true record if you may, for they’ve lain underfoot from one generation to the next. Its interesting to see Marjan’s contemporary use of it. Im partial to the idea of exploration and what’s revealed in process and curious to see how this evolves.