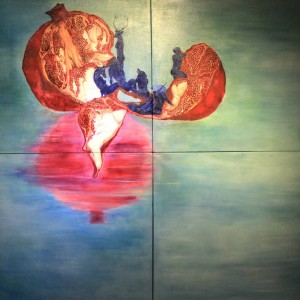 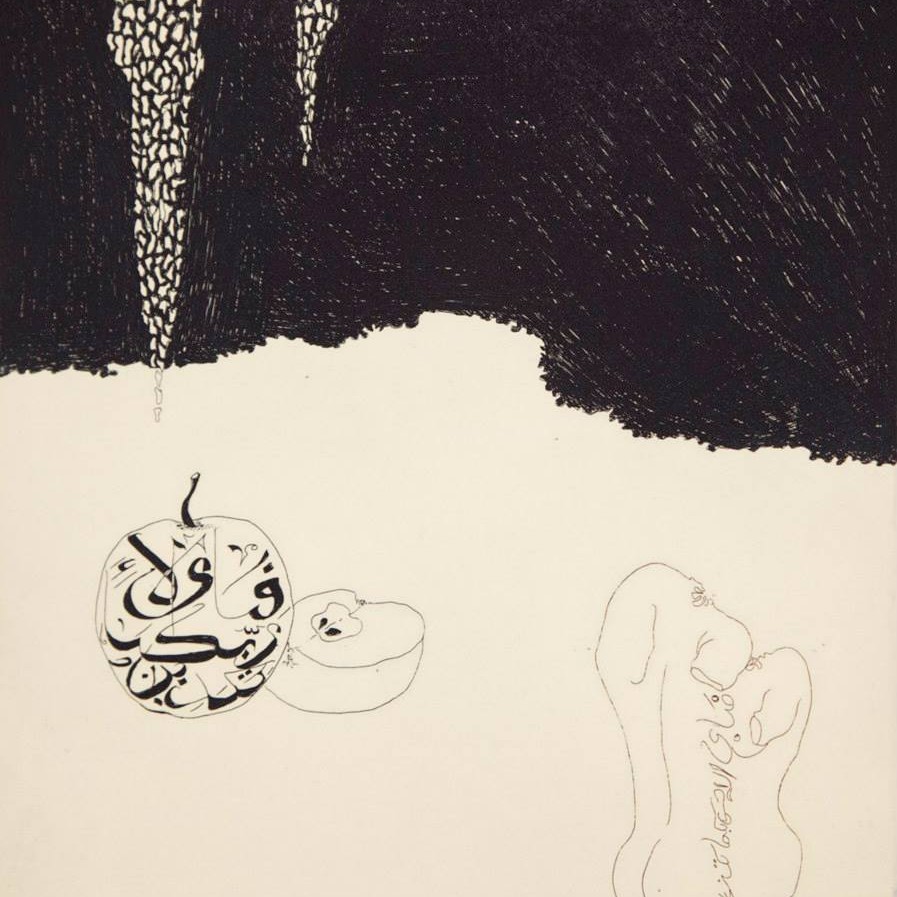 In Conversation with Laila Rahman

Laila Rahman is an accomplished artist, printmaker, art educator who has exhibited both nationally and internationally. She graduated from National College of Arts, Lahore in 1989 after which she completed an Advanced Diploma in Painting from St. Martins College of Art and Design in 1991. In 1993 she completed her MA in Printmaking from the Slade School of Fine Art, London.

Whether it is her finesse as she works with mixed media or oils, delicate line etchings or simply the untrammeled eloquence with which she discusses her work, it is Laila Rahman’s erudition and wisdom that shines through and leaves one entranced. We sit down to discuss her work over a cup of tea.

ZM: Can you tell me a little about the initial phase of your work and its iconography? What were your conceptual concerns at that time and how have they evolved?

LR: The work that I produced at the very initial stage of my career was ostensibly on nature and organic forms, mostly leaves and stems. In retrospect though I think I was trying to acquire a language where I was trying to say something that I said more clearly in the nudes. So I was trying to talk about sexuality and sensuality through those Plant Series which transformed into roots in later images and finally found form in nudes. These nudes then overtly became women’s bodies and then my iconography incorporated the combination of women’s bodies and pregnant women’s bodies and so on.

ZM: The nude and its depiction has always been controversial here in art. What spurred this interest? Why are all your nudes headless?

LR: My earlier work was based on the female form and on the act of being looked at. The Male Gaze was everywhere. We were the generation that witnessed the tumult of the 80s. It had always bothered me how men looked at women but the insidious guise under which the “carry on with the Male Gaze!” mantra was implemented then was terrible. There was no one to tell them then that this is not ok, boys learnt from men in the family and now they themselves are adults doing the same thing and that is all fine? How is this even humane?

In fact I felt that even in my college, NCA which was the last bastion of some normalcy within Lahore, I was made aware of all this as a woman and not in a particularly comfortable manner!

So with respect to The Male Gaze: if I am just a slab of meat then you do not need my face either to recognise me as a human being, as an individual who has desires, wants, needs, fears and vulnerability hence the headless figures. I would prefer that they be headless and androgynous even for I am witness to how the world itself is stamping its message and leaving its imprint on you. It’s a hard journey and has been a hard experience.

ZM: Many of the figures seem to be androgynous. They have no gender or identity. Why is that?

LR: At St. Martins in the process of trying to explore the female form, I had begun to question our antiquated gender stereotypes: I mean either you are a whore or a Mother Figure, Good Girl or a Fallen Woman… I mean how Victorian can you get?! While men are casting women in this role, women are also complicit in casting other women in this role; in doing so they become bigger enemies of their own gender!

Admittedly, the world over men are also subjected to gender stereotypes by other men, I mean you have to conform to fixed stereotypes. There is the James Bond stereotype, the “Successful Banker” type and then the NGO kurta-wearing saviour of plants and trees and even women for that matter…frankly speaking I would rather not cross paths with any of these as these ideas are just so archaic hence the androgynous nature of my nudes.

ZM: Much of the work done during your time at St. Martins is aggressive, tactile and even angry. Certain works stand out such as “Red Lipsticks at a Party”. Can you elaborate on that phase of your artistic career?

LR: At St. Martins a lot of my work was angry. That was a one-off work. As a painter red is an essential colour in our tool kit and even our makeup. But I recall that that work was once again a response to my surroundings and experiences as a woman in the 80s. Whenever I wore red lipstick at NCA in my early years, I was made so uncomfortably aware of my body, of my face. Even the person who eventually bought the painting, she said to me “I know what you feel!”

It is also about the dictums that fashion imposes on you: do we all need to now look like Kate Moss in order to wear lipstick? It is the dictates of the men and women in this industry who are decapitating you, your individuality. You are the unhappy victim of gimmicks and vicious cycles.

ZM: How does the interest in myths and literature fuel your creativity and iconography?

LR: I had Literature and Geography as Majors in College. I loved reading. I also love maps. Women’s bodies are akin to maps. If the brain is a map of what you have been reading then the body is a map of the capacity of your physical endurance. The scars on a body are the living testament to the endurance of life.

The myths that I grew up reading though which were Greek, Roman and Indian are enduring because they are about culture, history, land and teach us that we are all genetically linked through our understanding of the past. The past is a forgotten country of course but it is what many of us refer to in order to understand our present. The combination makes our future.

I look at myths with the awareness that life is cyclical. I have a print I made called “Nature’s Mischief”. The phrase is taken from Macbeth for the night when he is planning the murder. There are evil connotations in the description. Everything is about to go awry much like our world today. We are hurtling towards an abyss.

I made a whole series of paintings and prints while at SMFA. The prints are called “In the Court of the Lord” series. They are 8 etchings which are about 12 inches square in copper and chart the story of Earth. The work was inspired by The Book of Genesis and The Bible as well as Surah Rahman in the Quran. They commence from The Void and end at the Creation of Man. The prints set the stage for the laying out of life and ends with the debacle of Adam and Eve. The inference is that after the last print showing Man’s arrival, The Void begins again. An Eternal Cycle. The underlying theme being that once we landed in this world what have we done with God’s abundance but ultimately bring it to ruin?

ZM: Do the narratives and concepts in art works or inspire you by the forms and compositions/ visual representation in art?

LR: Well, for example in the case of “The Reckoning in the Garden” series done in 2012 I would say that many Reckonings and many Gardens have shaped humanity in terms of Biblical narratives and they have shaped us all. While Biblical themes, Art History and literature do play a role in my images, I make my own iconography. For me it is about responding to stories and not mimicking forms.