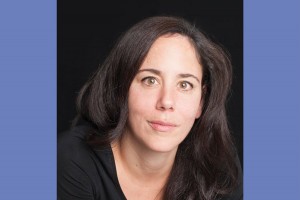 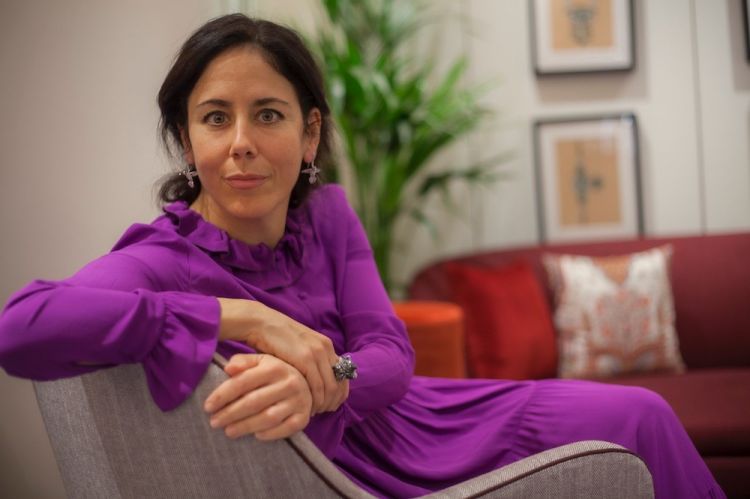 In conversation with Dyala Nusseibeh

Abu Dhabi Art Fair is a grand art event that highly focused on creativity and exploration in the arts. Every year many artists and art galleries from around the world participate in this fair and engage the audience through exhibitions, performance art, video installations, talks and art programs. This fair is a huge platform that attracts a wide audience as well as help them understand the motive of the fair. This is amazing to see this fair growing and expanding.

During its 11th edition our Editor, Quddus Mirza discussed the new art of Abu Dhabi with the new director of the Abu Dhabi Art, Dyala Nusseibeh. In this exclusive interview Nusseibeh shares her ideas of forming the fair in such brilliant way and role of Abu Dhabi Art in changing the dynamics of the art world.

Quddus Mirza: Congratulations on successfully concluding the 11th Edition of Abu Dhabi Art. Could you please share the idea behind the focus on India and China this year?

Dyala Nusseibeh: The idea of spotlighting galleries and artists from India and China really came about in response to wider economic factors; a response to significant trade and exchange by the UAE with these countries. With India economic exchange has existed for decades and with China this is expected to grow rapidly in the future so it is an interesting time to build on cross-cultural knowledge alongside this.

Guest curators were invited to share their perspectives on these art scenes, because Abu Dhabi Art endeavours to be a place of learning, with content -driven exhibitions spread across commercial and non commercial displays of art. Our audience has an appetite for informed and in-depth insights and debates around art which we address through working closely with guest curators.

QM: How do you view the role, responsibility and contributions of Gulf states, particularly the UAE in bringing the art and artists of the region in conversation with each other, as well as with the international art world?

DN: Key – the government’s commitment to cultural exchange and to a repositioning of artists from the region is seen clearly in two museum projects – the Guggenheim Abu Dhabi which has set the benchmark for this with its privileging of key voices from South Asia, West Asia the Middle East and North Africa within a global context and the Louvre Abu Dhabi which teaches a message about the universal nature of art. The role of such government enabled institutions will only grow over the years and given the political turbulence of the region there is a pressing need for this.

QM: With a recent surge of art fairs and biennales taking place outside Europe and North America, do you think the centre of art power has been shifting? If so, how would it affect art being produced in the Middle East, South Asia, North Africa and Far East?

DN: I would say with globalisation we are talking about art centres (plural) rather than singular. America continues to have the deepest pockets for the art market, alongside certain countries in Europe, so of course this defines to some degree centres of power. However the level of investment by government in the Gulf is unprecedented globally and the Chinese privately led buying power is significant now – I think that will naturally impact power balances. So will south-south economic trade – the greatest movements in economic growth and cultural investment are happening alongside each other and providing new models and systems that impact the global art market.

QM: Do you see a link, i.e. common features and concerns, between new art coming from these regions?

DN: Of course all the artists one could mention from these regions, that are having critical success, have diverse perspectives and it would not be possible to propose a unifying definition for them. Many of the artists respond to the rapid pace of change in the world today and to socio-political concerns but there is so much diversity I wouldn’t want to generalise. That said I think modern artists from these regions are being re-looked at and redefined as the contemporary market grows and that is perhaps a pattern that naturally emerges when the contemporary market strengthens.

QM: In your opinion, how does the art market influence the making of art today, does it have a wider, more powerful role compared to the past?

DN: Artists are confronted with the need to sell art in different ways – not least the art fair structure for which certain ‘best seller’ works are demanded at a fast pace, which can take up an artist’s time and stop them developing their work. However, that said, artists make art because they can’t do anything else – they create art regardless of the market, and it’s the job of their dealers to position them in the market and sell their work. The art market does not influence whether or not an artist makes art – although it does influence how well known that artist becomes and it does have a staggering power over what the general public perceives as great art or not.

QM: How do you view Abu Dhabi Art compared to other fairs around the world?

DN: Very different – we are much smaller and more curatorial and content driven than most fairs.

QM: In what way do you think that the fairs like Abu Dhabi Art, change (and have been changing) the sensibility of the general public towards art?

DN: Our audience have their own tastes and we don’t shape this in any way. Hopefully if we are doing our job right we are introducing them to new works they love and engaging new audiences with art through the fair. Beyond the fair we work on public commissions too. I think if we can help bring art into the everyday through such initiatives – enable more people to have art in their homes, enjoy art in public spaces and attend art events such as our fair we are succeeding.

QM: How do you think artists are dealing with contemporary issues such as freedom of expression, global environmental crisis, violence, and clash between political/religious divisions?

DN: I recently went to a talk by Rose Issa and Lucia Sorbera at the Aga Khan Centre in London about graffiti art from a socio-political perspective and the work of Bahia Shehab in Egypt in particular – it was fascinating. Artists deal with contemporary issues in diverse ways and across diverse geographies – they have powerful voices and agency in difficult times.

DN: Louvre Abu Dhabi is a game changer – it has completely changed how people think about art, encounter art and visit museums. With over 1 million visitors in the first year and thousands of school children benefiting from art and artefacts displayed in a breathtakingly beautiful museum that is now only a bus ride away – I think the impact is immeasurable.