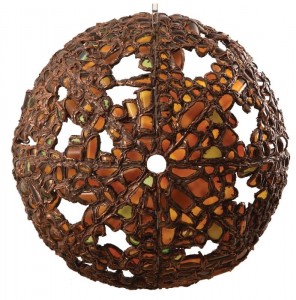 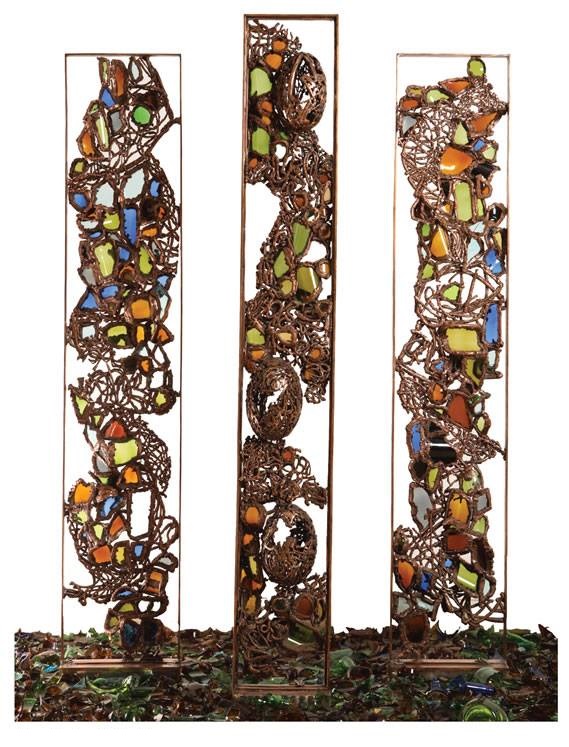 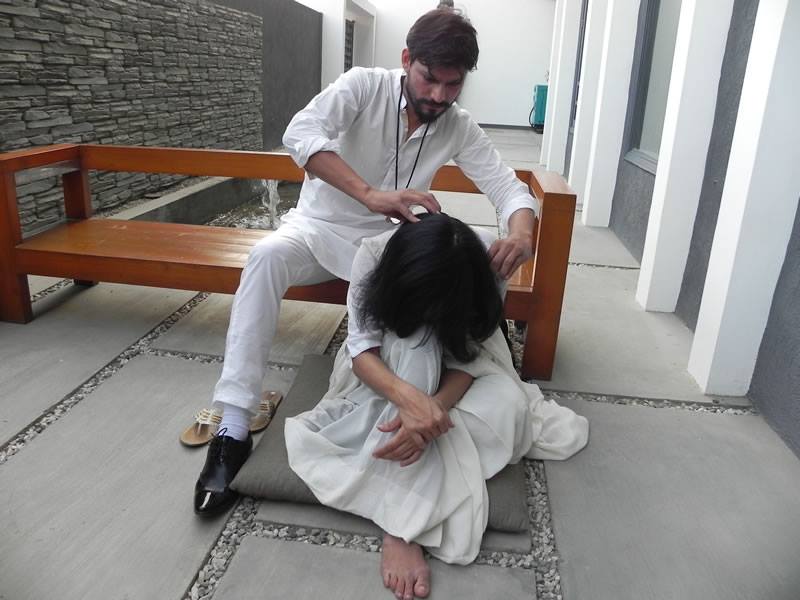 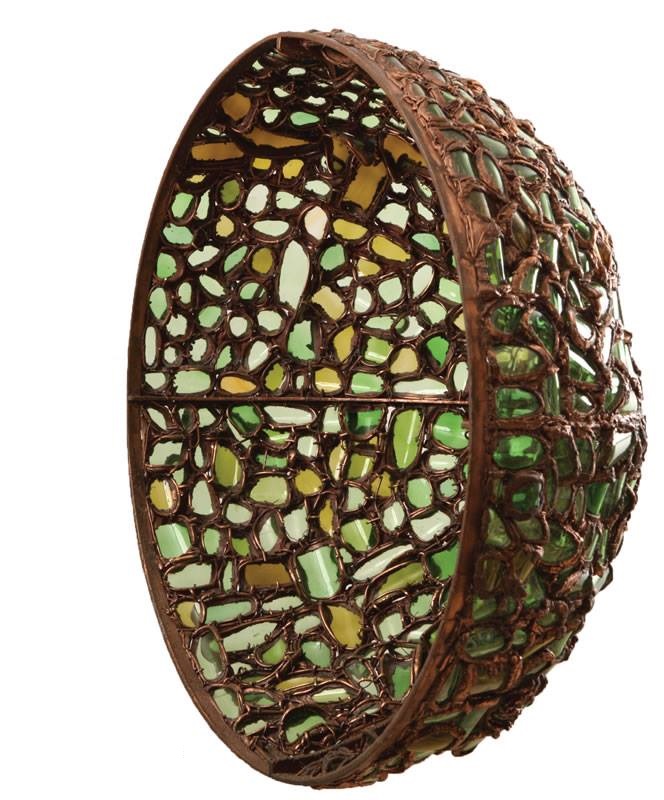 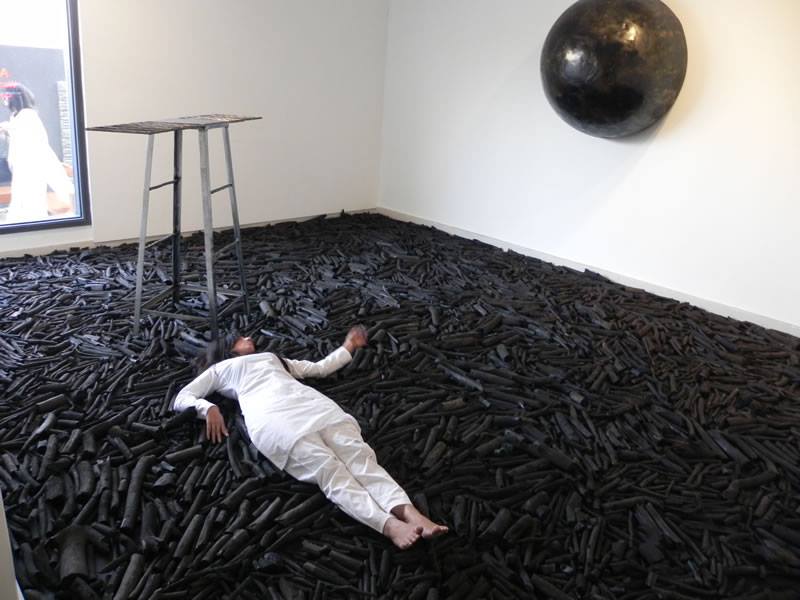 In Conversation with Amin Gulgee

Veera Rustomji: For your recent show at Canvas Gallery, Zarmeene Shah’s supporting text indicated that your work was derived from the moon in Haruki Murakami’s IQ84. It seems then that this series of sculptures have moved away from the Char Bagh theme and the Mughal gardens. Tell us about this transition of influences for your work and the issues you touch upon in ‘Washed Upon the Shore’.

Amin Gulgee: There were two influences for my current work. One was Murakami’s novel 1Q84 and the other was the painting by Bosch, The Garden of Earthly Delights. Bosch’s painting is as enigmatic as the artist himself. The moral message remains a mystery debated by art historians. 1Q84 is about the protagonists of the novel entering a parallel reality in which two moons exist. The novel is also a love story and about ritual.

VR: While your sculptures have a very demanding presence because of the scale and material, the use of performance art mingling with the display at Canvas Gallery was really interesting and powerful. What exactly came first? The work, or the idea of performances parallel to tangible art?

AM: I do not see the performance or my sculpture and installation works as separate. When I envisioned the show, both were equally important for me. For me the performance work was about personal rituals and markings. Outside the gallery space, Sunil Shankar was delousing Joshindar Chaggar, who sat below him. For me this was a memory of childhood when my mother sat me below her and ran a thickly toothed comb through my hair removing the lice that were feeding off of me. It was a comforting and loving act. Inside the gallery, Erum Bashir was alone in a room of coal in which she interacted with the “Third Moon” mounted upon the wall. The act of rolling upon the coal marked her and she gradually transformed, coated in a film of black. Further in the gallery space, Zeerak Ahmed sat upon stairs behind a wall of iron and nails. She spoke in tongues over a sound piece by Haamid Rahim while gazing across at the Amber Moon and the Green Moon suspended in front of her. Finally, behind my installation “Garden Triptych”, Ammad Tahir, using one finger, marked the chest and face of Ali Junejo with swamp-green paint.

VR: You have a very prolific portfolio as an artist and I think many in the art circle would like to know what pulls you into different projects. Having your own gallery, interacting with the fashion industry from your jewelry line and pushing for performance art are just a few accomplishments on your radar. Do you think being involved in a multitude of projects comes naturally to you or have you consciously over the years wanted to branch out and be involved in more arenas?

AM: I have a fluid trajectory. One thing leads to another and it’s a process of letting go. Everything I do connects and it helps me think and understand. I would like to point out that I have not made jewelry since 2007.

VR: What new projects should we be looking forward to in 2016 from Amin Gulgee?

AM: My next project is a show that I am co-curating with Niilofur Farooq on the pivotal decade of the 1970s in Pakistan. The exhibition will be held in March 2016 at Amin Gulgee Gallery and will feature around forty artists.  Some of the artists asked to contribute to the show were young adults in the 70s and others are younger for whom the 70’ is a myth and a mystery. My gallery is a noncommercial space. It is a place for experimentation and new ideas.

VR: You have shown a lot of support – and provided a platform in your gallery – for performance art through Dreamscape. What are some of the struggles that performance artists have to face with in Pakistan and how do you see the future of performance art in this country?

AM:  I have a hard time predicting the future but what I know is that there is a lot of energy and excitement about performance art in Pakistan now. Again, there are a lot of challenges because of performance art’s noncommercial nature. Hopefully there will be funding and support for such ventures in the future.

VR: In the recently published catalogue of Dreamscape, where the performances have been meticulously documented, Dreamscape has been described as a “community of storytellers and translators…partaking and encountering, by bringing something to the work, or being able to take away from it.”

It would be great if you could talk about your interactions with performance artists in your career as it seems that it is a tiny misunderstood community. What do you look for in a performance piece and do you have any particular performances which have been embedded in your mind?

AM: It is always interesting to work as a curator with artists on their performance works. It is a very gentle task in which one tries to help the artist better understand his or her idea and its execution.

VR: Since you’re well known and spoken very fondly off among young art students, especially in Karachi, tell us a little bit about your years as an art student at Yale and your initial projects. Any instances you would like to revisit and change or any pieces of advice you wished you heard yourself as a young Pakistani artist?

AM:  It is a pleasant surprise for me that I am spoken well of! I was not an art student at Yale, though. I did a double major in Economics and Art History. My parents did not want me to become an artist and that’s why I majored in Economics and at that time I wanted to get far away from both Pakistan and art. My sophomore year, my friend Dominique Malaquais took me to my first Art History class. It was on the Baroque and I fell in love with the idea of seeing art as opposed to supply and demand graphs. I started taking a lot of classes and soon I had another major in which I eventually won a prize for my final thesis on Mughal Gardens. I truly think we all have to follow our own paths and if anyone did advise me back then I doubt I would have listened to them.

VR: You have obviously made your own name in Pakistani art history through your own hard work, yet your fathers’ name precedes. Just out of curiosity, if your father were still with us, do you think you would have enjoyed a collaboration with him or perhaps even asked him to be a part of Dreamscape?

AM:  My father was my best friend. He never attempted to mentor me and always treated me as a buddy. His genius, humility and passion were truly inspiring for me. He also had a wicked sense of humor and we could make each other laugh. What was wonderful about doing shows in my gallery space in its early years was that my father and my mother could meet and interact with a new generation of artists and they in turn could talk to them. I kept on telling my co-curator Zarmeene Shah how much I missed my parents during ‘Dreamscape’ and how much they would have enjoyed the energy of the show. I hope they were watching from far above.

Read Nadia Hussain’s review of Washed Upon the Shore.