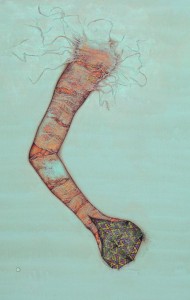 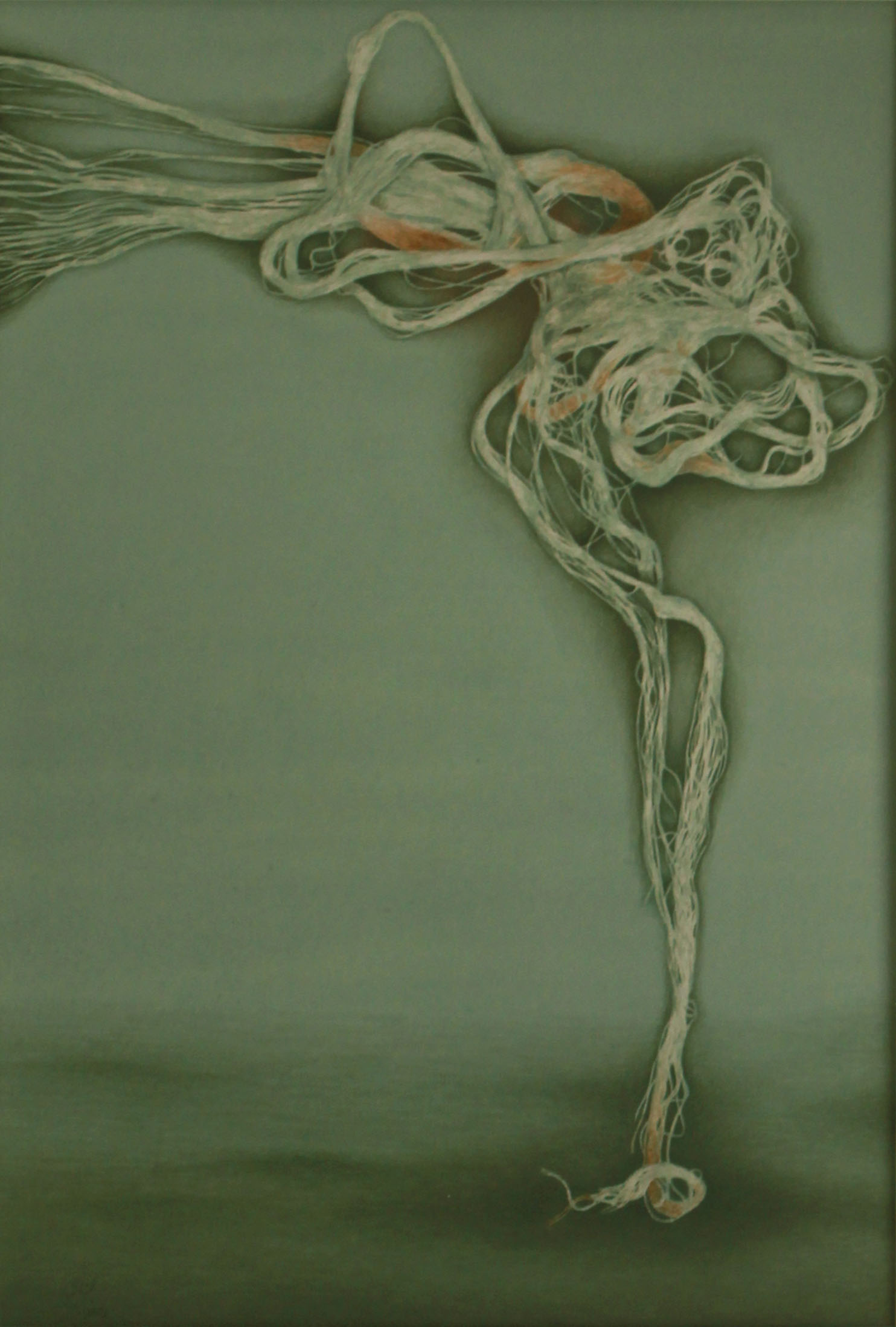 In a Room I Trap the Absence of a Room

It would be safe to say that every artist has two sides to his personality. There is an introspective side that internalizes reactions to stimuli, mulls over them and lets parts of them stick like mollusks on the crags of a fortified self. And there is a public side, an outreaching, pleading, extroverted one that compels him to churn those reactions out in a no-holds-barred kind of way. The motif of Persephone, who divided her time between the subterranean regions of the earth and the world above, can be an appropriate one for illustrating the duality of self, particularly an artist’s. Bouts of withdrawal (if they are honest) result in painfully bare, frighteningly transparent offerings to a world that can be as cold as it can be receptive. It is a brave endeavour, made braver still when it comes from a source half reclusive.

‘Two girls there are: within the house/ One sits; the other, without/ Daylong a duet of shade and light/ Plays between these’, begins a poem by Plath titled ‘Two Sisters of Persephone’. I have always read it in a context more universal than strictly feminist interpretations of it allow. Those who create and write and act do sit outside the very house they work in, and there certainly is a duet of shade and light, of contradictions, playing forever between them. They may be introverted as people but guilty of gross outbursts of life and colour as artists. Degas, for instance, was a recluse by 19th century French standards. He prided himself on his taciturnity. Historians are still faced with condensation on windows looking into his private life. ‘Painting is private life,’ he famously asserted. But then those animated dancers and ballerinas! They present a different reality. How could such vivacity come from so frigid a source?

But it is one thing to balance personal introversion with creative exuberance and another to paint that introversion in an attempt to understand it. That was, in a way, one of the concerns of ‘In a Room I Trap the Absence of a Room’, a group show of works by Madyha Leghari, Yasir Waqas and Ramzan Jafri, held at Taseer Art Gallery in Lahore. The three young artists are recent graduates of the National College of Arts. There is a modesty and seriousness to their works that sets them apart from a lot of young artists who prefer to work with themes more imposing but essentially much less sincere. These three set out to prove that internal dialogues, whether prompted by a sensitivity to psychological, social or political fluctuations, can be translated into images.

In Leghari’s work we see a poet delightfully doused in stream of consciousness. Her moody paintings and prints testify that all minds ramble, all ramblings are insular and all insularities are meaningful. She is concerned with the disparate elements that contribute to the self, the different realities that inform it. Her preferred blues and violets come from those times of day that elude even words like twilight and daybreak. In their elusiveness they come to symbolize a fragmented self. Her digital prints on canvas are photographs of the portions of a house that carry the essence of uncertainty and, to quote from her favourite poet, of ‘decisions and revisions which a minute will reverse’. A storeroom almost reeling with luggage, an open closet with clothes neatly hanging and accessories badly dishevelled, an occasional glimmer of reflected light, a sliver of illumination – these are motifs for a kind of Pinteresque energy that runs through Leghari’s work. She is a girl who likes the treacherous stuff of human conversations.

Her painting, ‘The Other: Floaters Survive’, can be read as a powerful but disturbing representation of a monologue. A bizarrely clothed figure with a mask-like visage wades through a pool towards a floating body that could be mistaken for an angry, black gash if it were not for the face attached to it. The standing figure looks waterlogged while the floater appears weightless. And all around them, the grid of the pool’s tiles is gently distorted by the lapping water. The tense, realistically painted image is an exercise in ambivalence. It is reinforced by ‘Epilogue: Train to Khi, 3 a.m., Not Arriving’, a painting (split into cool and warm hues) that was inspired, says Leghari, by a train journey. A wakeful face is hit with gloam; a sleeping face settles slowly in the shadows. The politely patterned train seat covers in the back add a touch of makeshift comfort to the scene, introducing another space altogether into the environ of the compartment, making the journey prescient in a way. ‘The train went on and on. It knew’, writes Joyce in ‘A Portrait of the Artist as a Young Man’.

Waqas’ work, though it also issues from a personal source, has more to do with social dichotomy and maladapted stereotypes. Born and raised in hair-raising proximity to aircrafts, Waqas uses his (by now)visceral understanding of aerodynamics to attack the definition of flight, and the idealism associated with it, with a resentment not unlike Mondrian’s when he painted delicate amaryllises and chrysanthemums alongside his impassive grids. The prowess with which Waqas paints his birds at first obscures the destruction and mutation that are also part of them. Some are hybrids of feathers and wires, some have bits of skeleton sticking out of them, some have crashed and now lie still, some twist unnaturally in midair.

But there is a sense of theatricality to them that buffers the uneasy realization that these birds are not free. They are displayed like specimens in a natural historian’s journal, with faint diagrams that can look like origami instructions, plans of houses or geometric drawings. They are, Waqas points out, mandalas – Hindu or Buddhist symbols for the universe that serve meditation and the process of losing and finding oneself. It is with a twinge that you comprehend how Waqas’ unfinished birds are pinned basically to charts showing how to fly.

In Jafri’s work, this sense of being trapped is a response to political rather than personal or social irresolution. The tattered, worn garments he paints float eerily through overcast spaces. They are hardly ever whole, their dismembered sleeves and collars reminders of separation and loss. Belonging to an area ravaged by sectarian violence, his use of gauze to paint details on is eloquent not only because it literally conveys a threadbare quality but because it is also a material used to dress wounds and administer medicine. Jafri renders the insides of these garments in rich, jewelled shades that show arrestingly through the rips and openings, indicating introspection in the face of external instability. They are records of a mind and memory attempting a conciliation with truth