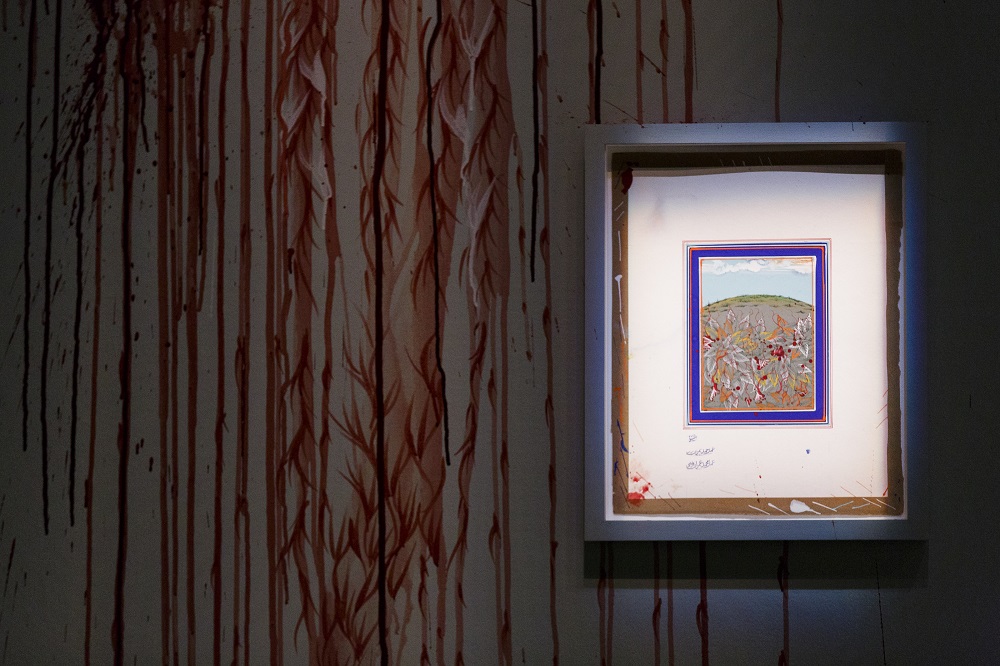 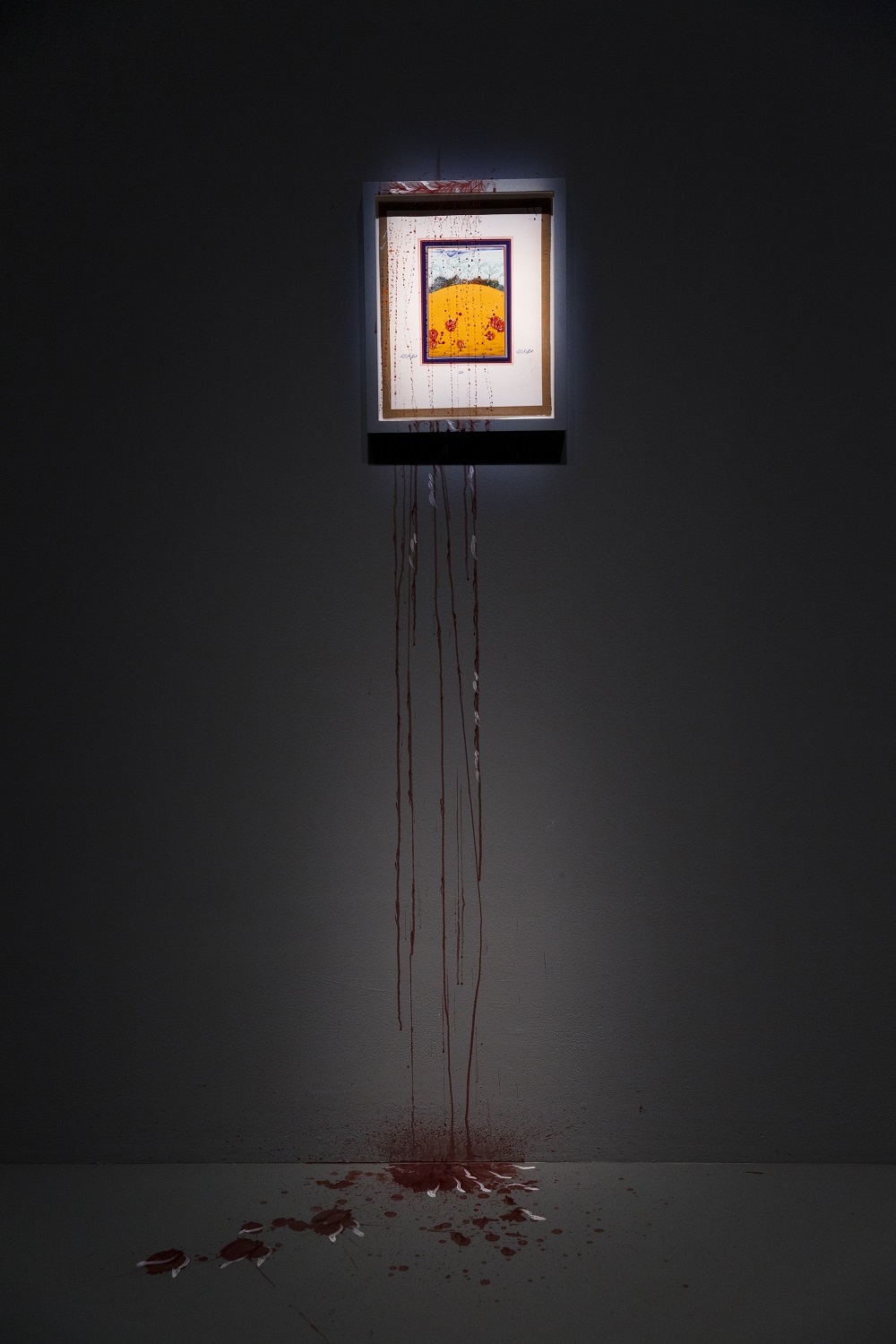 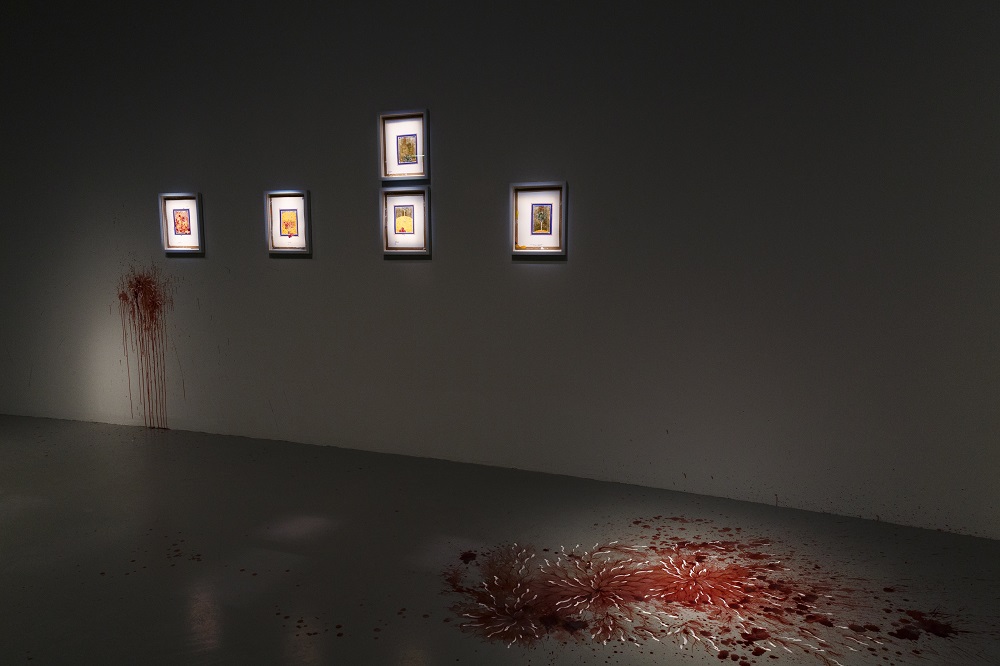 Imran Qureshi: Where the Shadows Are So Deep

Imran Qureshi enjoys a challenge. When he was invited to exhibit at the Curve at the Barbican Center, London, a space that is known for its cutting-edge, often large-scale displays, Qureshi was advised by friends to exhibit one of his monumental installations. Instead, he decided to do the unexpected by creating a series of thirty-five small-scale miniature works. These have been hung along the walls of the Curve – a gently winding, ninety-metre expanse. Qureshi was interested in emphasizing the vastness of the space and simultaneously testing the power of his work. The result is quite captivating.

Inspired by traditional Mughal and Persian miniature art, Qureshi is one of the originators of Pakistan’s contemporary miniature art movement. Qureshi bends the rules of this ancient art form to suit a current environment. He often creates an architectural connection between his artworks and the exhibiting space. In this particular exhibit, Qureshi’s jewel-like, vividly painted miniature works, each include a curving horizon line. The artist has linked the curved line, which is an important element in traditional miniature paintings, to the shape of the Curve.

This series of works also signifies a shift from Qureshi’s former small-scale miniature paintings. Previous series included human figures, engaged in modern tasks, or dressed in contemporary outfits, but within a miniature setting. Here, only a single painting depicts a human figure within nature, the focus of the majority of the paintings is on a single tree or a pair of trees, and the relationship between them and their surroundings. These majestic forms stand proudly within the frames the artist has created for them. In some works they are gilded with gold and in others are flaming with orange, red and purple leaves. They are surrounded by delicate motifs of sprays of flowers, or swarms of dragonflies, signifying freedom.

As admirers move through the dimly lit passageway, their surroundings gradually become darker and darker, as does the tone and palette of the miniature paintings, which glow like lit beacons within the dark space. Unsure of what is beyond the bend in the deepening shadow, viewers are guided along by Qureshi’s signature site-specific artworks which are scattered along the walls and floor of the Curve. From afar, these ruby red clusters resemble violent blood splatters; in actuality they are delicately painted foliage and floral motifs. They signify Qureshi’s belief in the persistence of beauty in spite of violence.

The arrangement of the show is a deliberate choice. Once viewers enter the Curve, they become the subject in Qureshi’s art – they have essentially stepped into one of his miniature paintings. They walk along a curving horizon line, in a contemporary garb, surrounded by trees and foliage, life and death. This creates a deep, meditative experience which is both pleasant and contemplative, but can also be discomfiting in the intense black shadow punctuated by shining miniatures like symbols of hope.

One of Pakistan’s most celebrated artists, Imran Qureshi’s work has been internationally admired, and he has been the recipient of several accolades including Deutsche Bank’s Artist of the Year in 2013. Qureshi was invited create the Metropolitan Museum of Art’s prestigious summer Rooftop Commission in 2013 and held a solo exhibition at the Eli and Edythe Broad Art Museum in Michigan in 2014.