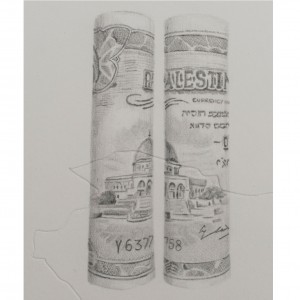 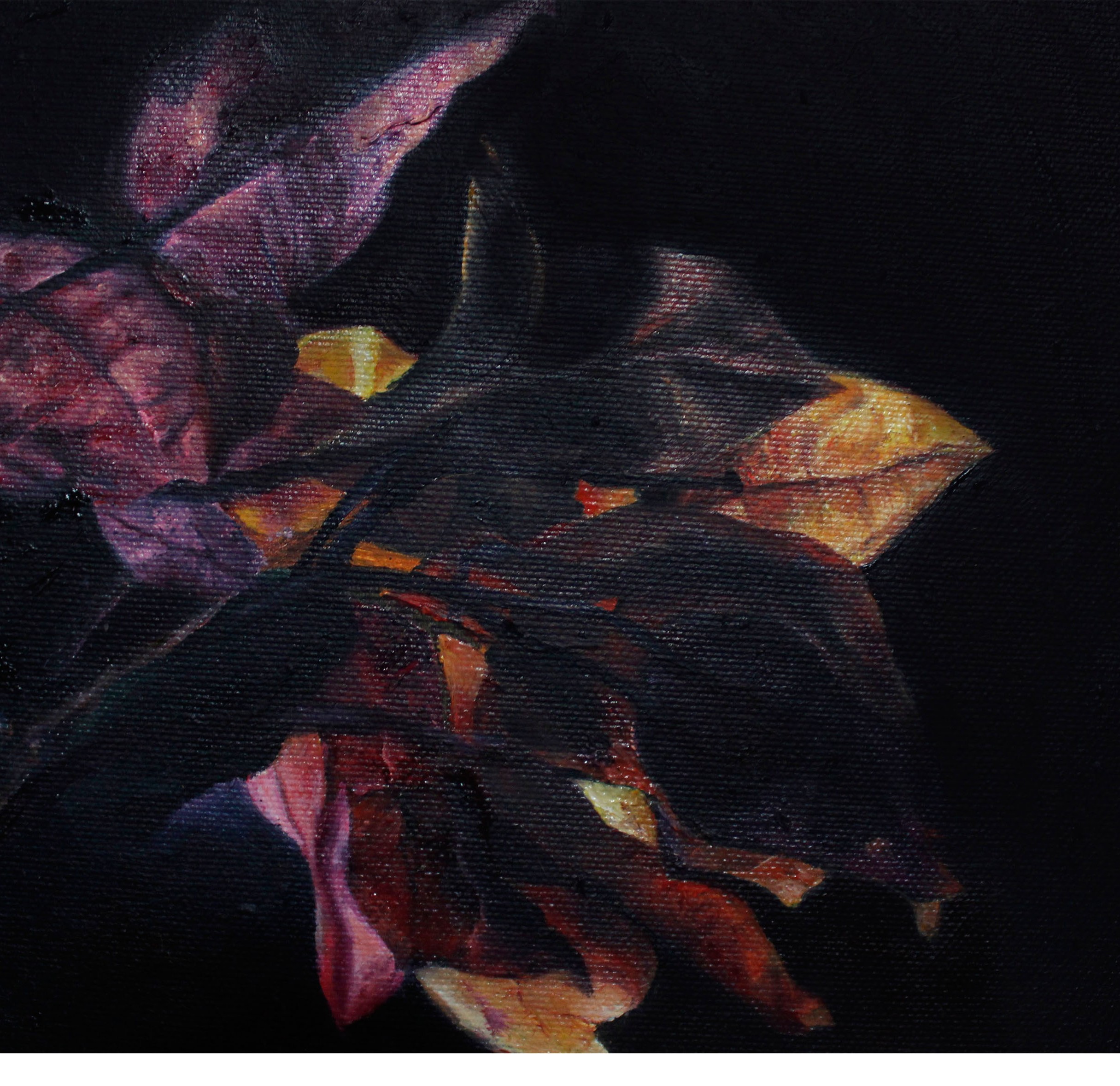 O Art space in Lahore, showcases two artists, both recent graduates of 2016, Jovita Alvares and Ahsan Javaid. Jovita Alvares is from the Indus Vallery School of Art and Architecture, Karachi, and Ahsan Javaid from The National College of Arts, Lahore. Fresh graduates and young as they might be, the steady lines of construction by Javaid, and the hues of fire by Alvares displayed artworks that seemed to be of much mature artists with great knowledge and supreme skill.

It is refreshing and a delight to see young artists so in tune with national and international politics, and furthermore juxtaposing global highlights into art and architecture. Javaid and Alvares are of these artists who are well informed of their surroundings and feel intensely towards the atrocities that are committed every day. Thus, they with dexterity and responsibility impose their thoughts and ideas on canvas both commenting and providing pointers to ponder, reflect and resolve in order to make a better future for the country we live in, and the world that is ever changing and evolving with new orders and gruesome ordeals.

Alvares paints bright hues of light against a dark black background on rather small canvases. These are the Bougainvillea Glabra, oil on canvas series. These flowers, illuminate on the canvas like little fireflies in the dark of the night. The beauty of these flowers and their colours is personified by Alvares and captivates one with its shape and form, appearing as Bougainvillea on one hand and an abstract image on the other, which has an altogether intense meditative stance. Her works titled ‘Façade’ have similar qualities, of a great painter in the making, focusing on detail and precision, flowers painted so vividly one could almost relish its sweet fragrance. ‘Utopian Bloom’ is a UV print on canvas and oil paint, and when kept in reference to her works titled ‘Façade’, one can hardly tell the difference of which one is painted and which one is a print on a canvas.

These evocative, pleasing to the eye beautiful paintings, suddenly take a gloomy and a grim turn when one delves deep in its metaphor of use and impositions. Alvares actually uses this species of the plant, Bougainvillea, as an allegory for adaptability, and beauty in reference to the metropolis of Karachi and its citizens. Due to security issues prevalent in all of Pakistan, people have constructed big walls around their houses and offices, with barbed wires, and Bougainvillea is used as a cover up for these walls and obstructions. The plant is a highly adaptable plant and found majorly in hot climates, where there is scarcity of water, a symbol for the people of Karachi, who are full of life, surviving despite the dangers and issues that they face every day.

With local threats and problems come global conflicts and war. Javaid has similar concerns as Alvares, but he views them on a wider spectrum of world politics. He embosses maps of various regions that are under great distress and are captives of economics. From maps embossed to currencies meticulously rendered, Javiad covers Syria, Afghanistan, Baluchistan, Mohenjo-Daro, Saudia Arabia, Burma and Palestine. Javaid’s monotone images are a discourse of harsh and heart-breaking realities of the world. The maps embossed in a single line on stark white paper are almost invisible, and we see rolled up currency notes, in graphite almost protruding out, synonymous to how economics dominate these regions and its policies with the gruesome invasions. Landscape and writing on the notes partially appear and partially disappear, equal to how the landscape and names of these regions are fast changing with these deadly wars and conquests.

Javaid has seven works on display, titled, ‘Note Naqsh’, that have a minimalist approach to them. Apart from precisely drawn rolled in currency notes, where the landscapes are breaking and words are missing, there is another interesting aspect of these notes. That surprising, almost mysterious outlook are the placing of these notes in the frame. They seem like sometimes, drones, or missiles, and other times, shaped as a cross of the holy trinity, and even as mundane as cigarette buds and cans or cylinders. These hidden meanings go a long way and portray the artist’s phenomenal quality of engaging the viewer in a quest to seek and discover on their own, these worlds of illusions and dimensions in which, religion, art, culture, economics and politics shape our minds and diverse perspectives on life itself.