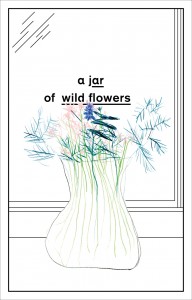 John Berger apparently expressed his desire to his friend Amarjit Chandan about visiting Pakistan and speaking on art. A likely story, because one of the greatest critic of our times, has written on artists who live beyond the mainstream Western art – in the periphery. Even though today the notion and location of periphery are not what these were considered, lets say fifty years ago, because with the age of globalization – especially with information technology, electronic media and social networks artists are now not bound to one region. They may reside at one place, but their work travels to different continents, and often is collected by individuals belonging to distant countries.

Today John Berger is still relevant, because his approach of looking at art with a unique insight, providing political and economic contexts, offer new modes of perceptions. His book Ways of Seeingis a favourite and staple text in art school since it opens up new tools to investigate art history, popular culture and advertisement. Pakistan is one of those countries, in which art students discover his writings as part of their studies. Professor Salima Hashmi, wrote an essay about the hurdles and pleasure of introducing John Berger’s Ways of Seeing in Pakistan. Called Jest, this essay is part of a recently published book ‘A Jar of Wild Flowers: Essays in Celebration of John Berger’.Collection that includes texts by Ali Smith, Hans Jurgen Balmes, Nick Thorpe, Nirmal Puwar, Hsiao-Hung Pai, Ram Rahman and several others “is a small gesture of love and gratitude for John Berger on his 90th birthday”. Edited by Amarjit Chandan and Yasmin Gunaratnam, the book was published by Zed Books in 2016, a few months before John Berger’s death in January 2017.

The volume focuses on John Berger’s contribution to the world of art, as well as his presence in the realms of ideas, literature, and the socio-political situations. His writing offered unprecedented means to analyse, not only what we see, but what we are made to see, and forced to witness. Ram Rahman in his essay Conscience talks about John Berger’s views on representation (in photographs) in the context of communal riots in India soon after the assassination of Indira Gandhi, massacre of Gujrat and the killing of Safdar Hashmi, a human rights activist in Delhi.

Like the writing of John Berger, which apparently are on art, but strictly not always or only on art, the texts collected in the book also refer to subjects beyond the person and personality of Berger. Rightly so, because John Berger was a man larger than life, he devoted his life to causes of humanity across disciplines, nationalities and ideologies; as Amarjit Chandan notes in his Preface: “Humanity is what connects readers with Berger. What is the source of this humanity? Has it to do with some kind of scared in his writing? Once he remarked: ‘two things have coexisted within me. On the one hand a kind of materialism which includes the Marxist view of history [‘Permanent Red’] and on the other a sense of the sacred [The Old Testament].’ This he saw ‘not as a duality, but an essential unity’.”

That unity, which one finds in all writing of Berger, can be glimpsed in the essay compiled in this volume. Various authors looked at the life of Berger and his influential texts that transformed one’s perception about oneself and the world around.  In fact there is hardly a difference between the man and his words, as Rema Hammami (Professor of anthropology at Birzeit University in occupied Palestine) recounts her meeting with John Berger: “I have been a fan and follower of John’s work over the years. But after rivers of famous and infamous visitors that magnetic disaster site such as Palestine receive, I had learnt to expect a gap between wonderful texts and the personalities that write them. Barely a blink and my low expectations were sent packing. At the time, someone asked me how I found him and I wrote: ‘A wizard, prince, jester, charmer, sister, rake, poet, clairvoyant all in the figure of a 70-something wrestler held together by colossal kindness.’”

Majority of essays, though divided into chapters such as ‘The Colour of the Cosmos’, ‘The Trees Are in their Place’, ‘Once Through a Lens’, ‘Undefeated Despair’, and ‘Here is Where We Meet’ address the indivisible line between person and his passion/profession (describing this Chandan quotes Brecht: “He thinks with feeling”). His writing on art was not disjointed or different from his views on world order, which were connected to political situations – unseen and unpleasant. Pushpamala N remembers “Ways of Seeing was the first book I read by Berger. For a young art student in the early 1980s, the book presented a very exciting way of looking at historic art, and images in general. It made them less distant, less perfect, and connected them to our lives today.”

Salima Hashmi discusses the same book and same period in her essay, when she recalls the screening of Ways of Seeing through the help the British Council in Lahore in 1982 – in the mid of the military regime of General Zia ul Haq, a period in which “Opinions were guarded. Letters were discreetly composed, telephonic conversations negotiated with care.” Professor Hashmi showed Ways of Seeing to her students at the National College of Arts, but due to some objectionable (nude) material in that BBC documentary, she had to face an inquiry board, which knowing that the film was from the library of British Council did not press the matter much “because British Council, as a responsible extension of Her Majesty’s Government, could not possibly be involved in any disingenuous educational activity which could lead young people astray”.

This anecdote tells the triumph of Berger and art, two indistinguishable entities!