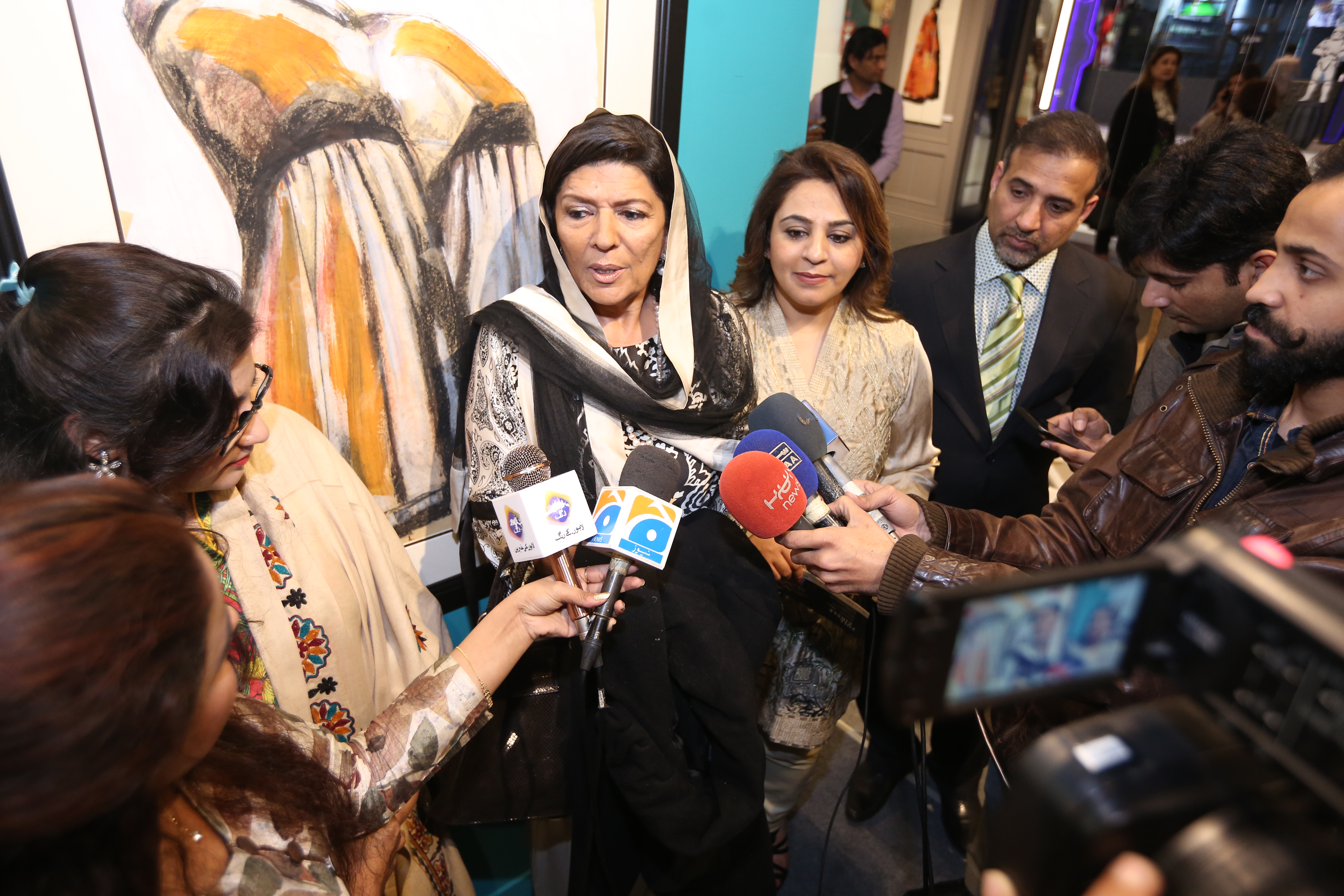 Five statement
The Trojan Donkey
In memory of Jamil Naqsh

Full Circle exhibition marks a decade-long, round trip of mixed milestones and emotions for artist

Shahida Ahmed to show new collection of work in Lahore

From the multiple spins made by a whirling dervish to the way in which life can suddenly return us to an earlier moment of significance, circles in one form or another have long fascinated the British-Pakistani artist Shahida Ahmed, presenting themselves at pivotal points in her life and, inevitably, finding their way into her work.

This realisation of the circle’s significance, in terms of motif and backstory, together with her arrival at something of a personal milestone, convinced Shahida that it should be the central theme in her forthcoming show, which will take place at the Mussawir Gallery in Lahore.

Titled Full Circle, the exhibition, which opens on February 14 and runs until XX, explores the whirling dervish’s sufi dance in all its forms, from groups of performers preparing to dance and acknowledging their audience to others synchronised, arms spread and heads tilted, in full flight.

“I started painting the whirling dervishes more than a decade ago, in 2008,” Shahida explains. “I’ve found that whatever I’m doing in my work, I always come back to them, whether as objects or religious dancers. In the same way, whatever’s happening in my life always leads me back to the same place or starting point.”

The title of each work on show draws on the writings of Rumi, the 13th-century Persian poet and Islamic scholar who has long been a source of inspiration for the artist.

While the exhibition sees Shahida revisiting a familiar subject, the whirling dervishes in this new collection are decidedly different, with greater use of colour giving the pieces more vibrancy and a new level of dynamism.

“The earlier pieces were mostly white, since the aim was to capture the purifying process that is a key part of the sufi dance,” she notes. “This time around, I began experimenting with other techniques and the style seemed to change. There is also a different mood to the collection, which I think is due to the fact that it reflects my artistic journey over the decade.”

The arrival point is a multi-faceted one, with Shahida’s recognition of the landmarks she has reached both personally and professionally helping to make the show something of a celebration.”

“I believe that this exhibition is part of a journey that I’m making in many roles, as a daughter, since my mother was born in Lahore, a mother myself, an artist and an independent woman, which is why I have signed these works ‘she’ instead of with my name,” she says. “I’m excited that I’m able to take the audience with me back to the starting point and complete the circle once again.”

Full Circle by Shahida Ahmed opened at the Mussawir Gallery, Lahore, on February 14, 2019