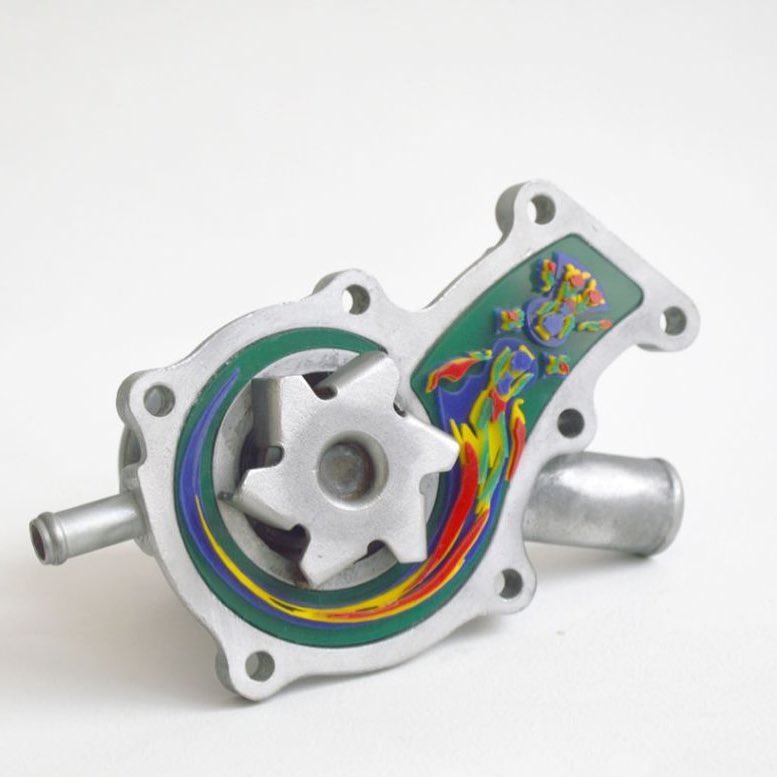 Over the course of the Lahore Biennale 2018, various collateral events took place one of which was a 3-person show at the Taseer Art Gallery in Lahore. Titled ‘Everyday Glamour’ the show comprised of three art school graduates from both the Indus Valley School of Art and Architecture and National College of Arts. This exhibition was based on artists commenting on the mundanity of today through their own unique practices of 2 and 3 dimensionality.

Not as often, does one see artists cross the threshold from their commercial abode into the niche of conceptual art but it is an absolute delight when it does happen and Naveed Amjad is one such artist. Naveed Ajmad, an NCA graduate is a photographer, filmmaker and visual artist. As part of the exhibition, his photographs spoke of night. All photographs were clicked during the hours of midnight and dawn and displayed in monochromatic shades. The lack of colours allowed one to focus on the simplicity of night, which is accentuated with the flickers of lights composed on the print. Ajmad creates allegories of the mystification of night; it’s ability to hide truths that sunlight is eager to unravel. The prints are sombre, quiet and therefore all the more beautiful as the organic imagery, though the focus does not overshadow the soft nocturnal background but rather, merges into one narrative.

Following the melancholic route is Razin Rubin. A graduate from the IVS, the artist recalls family photographs in her works. Working from the term ‘Smile Please’, the artist recreated family group photos, all with members staged and posing for the photographs. Like Amjad, Rubin’s work is devoid of colour with mere lines of neon pinks and oranges surrounded by clouds of black charcoal. Rubin has gone even further and removed backgrounds, giving ultimate focus to the figures that peep out through the extremely dark backdrops. The people have been removed from context and with no such definite features could easily be any other Pakistani’s family portraits. More so, her work unravels the underlying truth of fake facades society expects us to put up, especially for photographs and formal gatherings. Appearing happy is much more important than feeling it.

Hassan Qureshi, the final artist of the ensemble is also a graduate from the prestigious NCA. His oeuvre added diversity to the show through his unique 3-dimensionl structures. Looking at different kinds of making, the sculptures questions traditional and contemporary forms of art. Though also using a grey-scale colour palette, Qureshi adds vibrancy to the space with his burst of fresh hues that pear through the pieces. Using mechanical scrap, he juxtaposes them with bright coloured acrylic sheet reminiscent of the vivid shades one witnesses in various South Asian crafts. His work becomes a comment on what is considered art and craft and why there is a difference between the two. There is also an understanding that today there is a major seizing of the traditional as per trends the contemporary generations follow but also an acknowledgment that knowing the history of making or even one’s own culture is just as important as evolving with the times.

The exhibition morphed into a holistic view as the artists adhered to the simple palette of black and white but still managed to stand out in their own respect. The space had equal representation of traditional, new media and contemporary work, which is something that also represents Lahore as it is a space where the red brick of the walled city bleeds out into the contemporary space around it. Therefore, the show could be called a success in describing the beauty of the mundane.