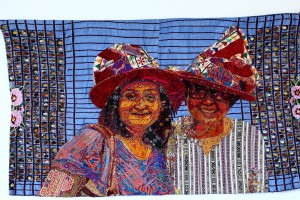 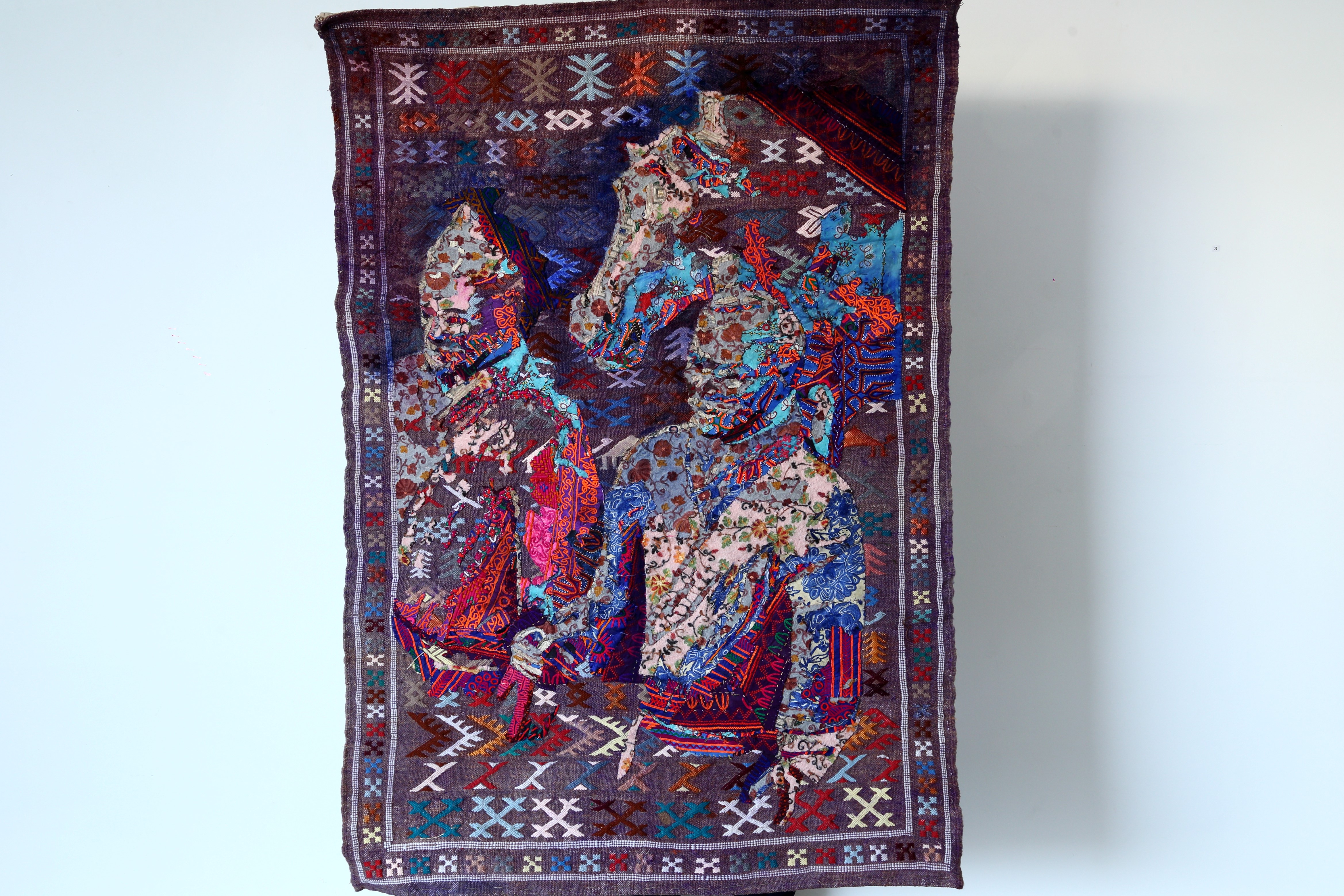 Encounters of the Third Kind

Globalization and identity are two subjects which have a lot in common. As the world is coming to a juncture where collective elements of culture will be prevalent ubiquitously, identities are formed and deformed and then further reformed as they compel us to investigate our realities. The issues with migration – coerced or consensual – further complicate this narrative. As a result, new histories are succeeded by new realities as they keep forming. These themes fascinate Masuma Halai Khwaja. Her third solo show at Canvas Gallery arranges these accounts and truths, overlapping each other to give fruition to new stories which are increasingly dominating every landscape on the globe today.

A plethora of color, cozy fabric and warm hues surround you with a burst of energy as you enter the gallery. The art works are striking even for viewers who are uninformed about the potential of fabric and textiles as media for art. The quantity of the pieces put up on display and the quality go hand-in-hand here as every single piece hanging from the walls offer aesthetic appeal, a sensual charm and a concept which is not only relevant to today’s world but also fascinating to explore.

At this point it interesting to note how Masuma uses her medium – embroidered fabric – for a subject matter which is so political, conflicting and equally resolving. She collects embroidered fabric from all over the city which with respect to their designs, have deep roots in traditions. Sold by people of different ethnicities and now even nationalities as immigrants are in a great number in Pakistan, she treats the fabric with more fabric full of thread work which again is produced and sold by workers who belonging to diverse geographies. Cutting them up and meshing them to create intricate, finely detailed and wholesome figures, she stitches them on top of the first layer of fabric. In this way she creates her version of history and reality which echoes the current social and political framework in the world today.

Masuma’s work reminds us of the contemporary art which is addressing issues of immigration. Argentina’s Museum of Immigration exhibits work which are based on the concept and ideas of migration in the world today. Several artists from Iran have addressed the troubles associated with migration in their art. The topic is ‘hot’ and is quite informative as it derives itself from political activism. ‘The Encounters of the Third Kind’ inform us of the artist’s interest in this diverse area which comes out in such rich works of art.  The subjects she chooses to show in the upper layer of fabric belong to different categories. We see two women in a jovial mood smiling at us from the thick ‘canvas’ of textile. Soldiers resembling the Chinese dynasty and warlords of the Mongol region are stitched to a fabric of rich red and maroon works. An Afghan girl sits and extends her hand as if touching something in the air with a background of white fabric with black threadwork. We also see a younger man with a modern looking attire waving at us from backgrounds containing historical buildings. Thus ranging from the young to the old, from subjects involved in the old fashioned system of trade to identities hidden in threaded masks, the artist manages to portray areas which intrigue her and educates us with the socio-political scene in the world right now.

‘Masuma Halai Khwaja: Encounters of the Third Kind’ was shown at Canvas Gallery, Karachi, in May 2017.