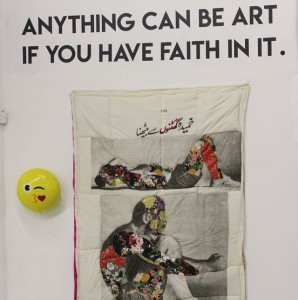 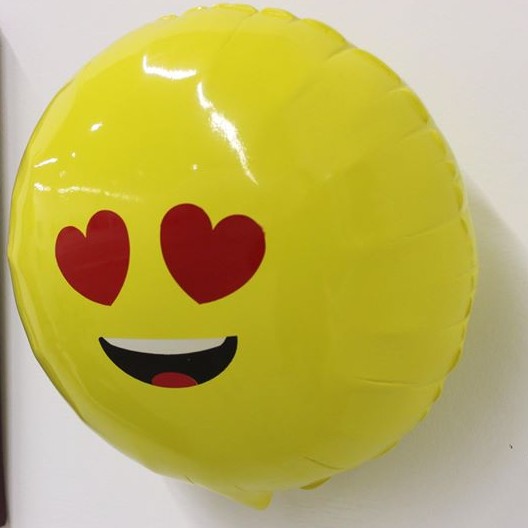 Drawing Room Diamonds was a satirical appraisal of contemporary art in Pakistan; a project by Emaan Mahmud, conducted through her pseudonym Champa and her group of Socially Conscious Socialites.

“What kind of a name is Champa anyway! Im surprised she managed to overcome her middle class taste, but it’s still feeling not very classy.  Zeeshan is so full of masala man, I want him yar”

Champa brazenly encapsulates the tepid scape of local art consumption. The topography woven by Champa is not for the faint-hearted. Her guise; a boisterous ballad towards the idiosyncrasies in art and it’s rhetoric renders the archetype of the socialite as sport. Her jaunty limericks festooned with poignant remarks allow her to be unabashed. Her foray into curation appears reformed and rather enlightened.

A subtle nod towards the rise of unprecedented curatorship rather plausibly swells the dialogue surrounding who can take upon such unsolicited roles. While her rhetoric squarely renders the collector as a frivolous entity slipping in and out of their roles as a consumer; intellectual red-soled purveyors of taste that prey upon aesthetic representations by the artists. This gives birth to the perennial debate of art that is consumed and it’s rendered value. “What is good art?’, the show propagates.

Reconciling with Champa as an entity is a complex one, her idle-minded frolics as the socially conscious socialite seep into much deeper introspections. The catalogue categorically lists male and female artists which is unusual for a show, and through her writings she channels into the nature of gaze and gender. “Real men treat women like sexual subjects. They don’t become the subject of anyone’s sexual gaze”, exclaims an ingenious brain-child of Champa, Mazhar Fakhar. She traverses into hetronormative idealism through overt male representation in Abdullah Qureshi and Zulfiqar Ali Bhutto’s work; she slips into notions of sexuality and censorship and trivializes it by wondering if Zulfi would consider designing cushion and clothes. The myopic aspiration of the collector in association of the art is exclaimed. Through her investigations she questions the female body; the body as undesirable in Maria Khan’s work, the body as a vehicle to perpetuate male gaze through Rabia Farooqui’s paintings. She meticulously chisels away at the role of women and men as authors and subjects of art and mitigates their desirability. She has the flamboyance of a capricious blue blood, frayed at the edges with the rugged allure of a revolutionary. Ruffled with operatic flair and robust whimsy, she catapults the viewer into a state of luke-warm lunacy as they navigate through her guise; bewildered and belittled by her antics.

Amin Gulgee’s performance titled Q, an opulent dismissal of anything that can be hung, becomes a virile reckoning within her curatorial premise; Champa debates about the viability and economics of performance art and trails into wondering whether he’d perform for parties. Mohsin Shafi’s parlance with the curator was quipped with wit and glib humor. He conspicuously illustrates the redundant aspiration of art, and sinks into a bliss-ful state of revolt.

Champa’s genre of protest is rather intriguing; she somehow forgivably manages to griddle through the slippery contours of her belligerent rendition on the courtship of art and it’s surly disciples. She masquerades through the feral and the phrenic, the self-righteous and the cathartic…She piquantly lists the obtuse sentiments regarding art while schematically toying with the premise of  gender, economy, visibility, aestheticism..and somehow managing to string it with operatic flair. Champa’s curatorial debut is analogous to a woman with hairy arms, subversive with the right kind of crass.