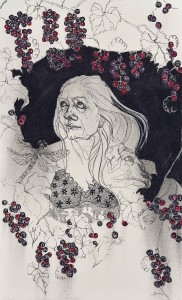 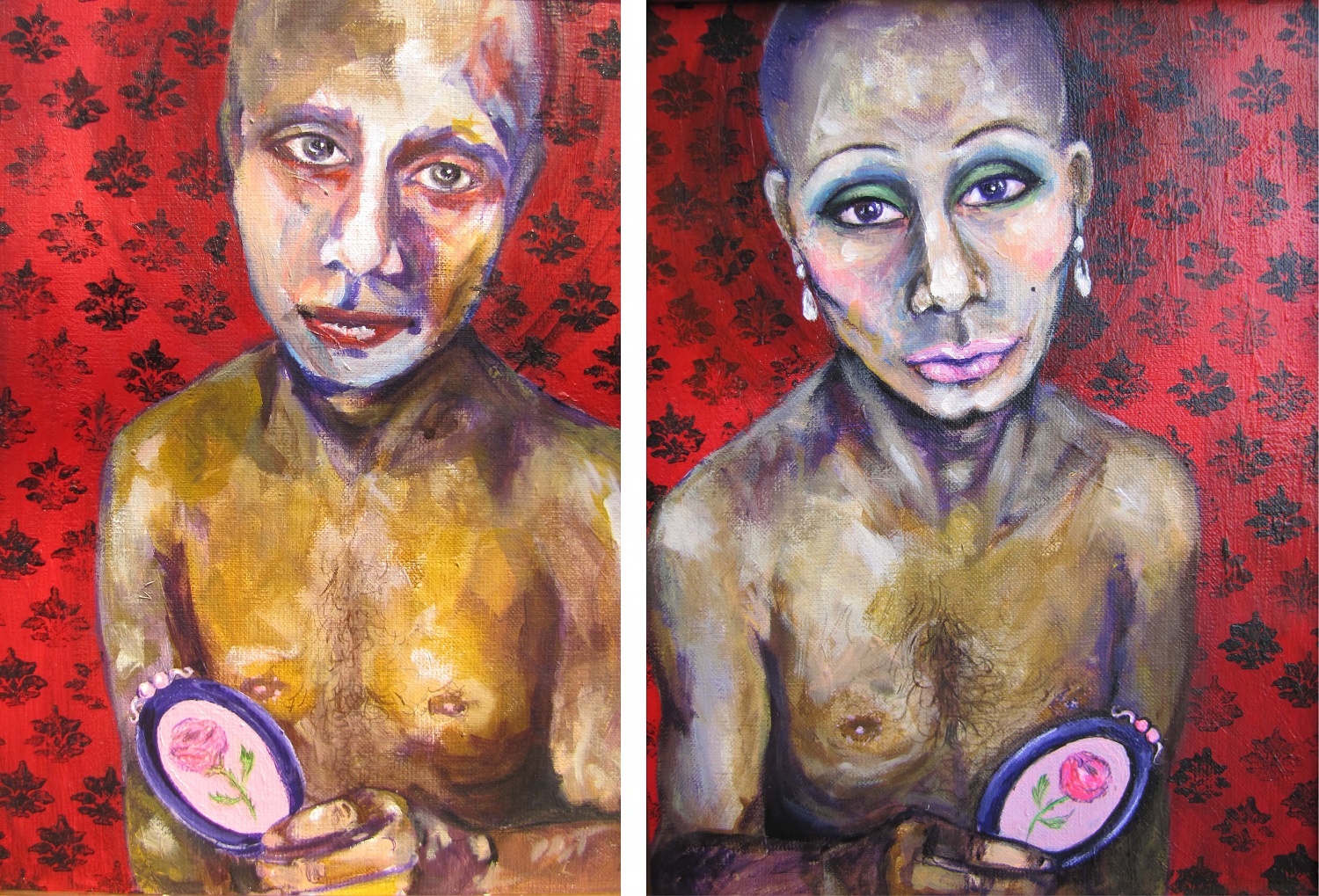 The German word “Doppelganger” means “double walker” .The term has repeatedly surfaced in literature and arts to refer to a duplicate, evil twin – someone that looks and acts the same as another or even as an alter ego. The label is submersed in strong negative connotations as it’s identified as the most sinister form of the original.

The show ‘Doppelganger’ opened on the 29th of September at Khaas Art Gallery, Islamabad to a large crowd, displaying the work of several big names. Aasim Akhtar, the curator of the show, has beautifully united twelve different artists as they explore their idea of duality. Though under a common theme, the artists explore the meaning of the “double” through their own distinctive notions, imagery and techniques – whether that is portrayed through mirror reflections, bipolarity of character, articles of clothing or debate on sexuality. The show includes pieces by Naira Mushtaq, Amra Khan, Maria Khan, Alia Bilgrami, Anas Ghauri, Sheraz Faisal, Scheherezade Junejo, Nadia Batool Hussain, Inaam Zafar, Madiha Hyder, Haider Ali Jan  and Sana Kazi.

In my opinion, the exhibit mainly documents the ominous spirit present amongst and within humans. The artists dig into the gruesome aspects of life and bring them to the surface through stunning imagery; images that are alluring, yet cause discomfort.

As one enters the gallery, one is greeted by Maria Khan’s fierce and compelling pieces. The images don’t let you move on, as the spectator is hooked on to the ominous world of Khan’s characters. The human figures though inspired by real individuals still possess a certain mystical and mythic feel. Khan uses caricatures to reflect upon the horrid side of human nature. The women are bathed in an ominous light – their distorted faces filling horror and disgust within the spectator. These women have a presence – a strength which keeps the observer captivated. The work has the ability to put viewers in a trance with its sublime beauty.

Similarily, Kazi’s characters, though very real, assume an unearthly existence. Her work left many visitors in awe who kept circling back to The kingdom of God is within you and I. Whether it was due to the powerful imagery, the curiosity about technique or how the piece was conceived at all. Kazi seems to be pushing the boundaries of art making by introducing techniques using sawdust, ashes and cement.

Amra Khan touches upon rather controversial and taboo ideas of sexuality, gender labeling and social judgment. Her work is made up of an intense and vivid colour palette that cleverly hints at the audacious subject upon which she deliberates. The artist sheds light upon the socially rejected idiosyncrasies within an individual and protests its continuous suppression. Her diptych There was once a boy highlights the two faces of man; the socially acceptable alpha male and the one in touch with his femininity. The raw, messy quality of paint beautifully represents the crude and apparently “vulgar” nature of the subject.

Madiha Hyder, gives life to portraits on a monstrous scale. The portraits though skillfully painted, lack the appeal of  her previous creations. The artist seems to be concentrating on the emotion within the eyes of the individuals. On the other hand, Anas Ghauri represents the human form and emotions by the mere use of articles of clothing. The apparel is what tells you who you are; helps people put you in your respective boxes. The clothes have an attitude, keeping one unaware of the fact that the human body isn’t present.

Alia Bilgrami, however chooses to represents people through the use of tulips. The artist is constantly looking for ways to evolve, picking up daring techniques in order to keep things interesting. Her painting The Double Game is an interactive piece that connects with the viewer as it sets out to play a little game with the vision of its audience,  where they are challenged to connect the tulip with its duplicate. The artist further takes it upon herself to create the image in two layers staying true to premise at hand.

Sheraz Faisal and Scheherezade Junejo’s works consist of a more literal representation of a body double. Whereas Faisal’s works are prints, depicting the male form; Junejo’s are paintings illustrating the female body. Junejo’s “bilateral” is painted with finesse and drama that the human craves. The images possess a striking theatricality almost like a dancer gearing up to reach the culmination of their performance after a dramatic pause. The figures are engulfed by a energy – wicked yet magical.

Inaam Zafar and Nadia Batool introduced an element of science fiction to their work. Their work possesses an alien quality or an other worldly appeal. The blurred nature of Zafar’s images, the strange coloring of the face and hair awards it the eeriness it possesses. Despite the large scale the work reveals a very close and intimate study of his subjects.

Haider Ali Jan’s clearly captures the basic essence of an individual by stripping away all unnecessary details. His image “portrait” employs a simple monochrome palette and flat application of colour.He literally wipes out the details to reveal the soul of his characters. Despite the lack of details, Haider still has clearly defined characters on his canvas. This is unlike Zafar’s work which plays with the minds of the viewer through his playful and vague images, immersed in ambiguity.

The most unique take on the idea of duality is that presented by Naira Mushtaq. While the other artists limit the idea of the “double” to the human condition Naira thinks of it with relation to time and space. She weaves together imagery that belongs to two different time frames, into one narrative- touching upon ideas of temporality and perspective.

‘Doppelganger’ was on at Khaas Art Gallery, Islamabad, from 29 September to 12 October 2015. Images courtesy Khaas Gallery.