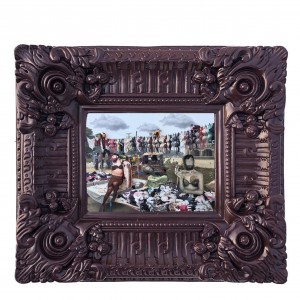 Do you hear the music?

that pungent hint of madness. that little bit of abandon.

In the Leviathan, English philosopher Thomas Hobbes describes that in man’s state of nature there is neither personal property nor injustice since there is no law, except for certain natural precepts discovered by reason: one of which is “that every man ought to endeavour peace, as far as he has hope of obtaining it.” This “natural condition of mankind” would exist if there were no government, no civilisation, no laws, and no common power to restrain human nature. He defends that there would be utter chaos that we, as animalistic beings, would relish. And that we may possibly move forward to destroy each other in an incessant pursuit to power and bliss. Many psychological and philosophical theories support the argument that man is in essence, selfish, who seeks solely his own gains; while many philosophers counter by claiming that people’s state of nature was innocent and benign at their best before being corrupted by the unnaturalness of civilisation.

Mohsin Shafi’s recent exhibition “Under The Stars We Dance Like Bohemians” held at Canvas Gallery evokes this discourse, as he pays an ode to those organic spaces that are unregulated, uninhibited, and non-judgmental. He brings forth those individuals that steer their own life, unaffected by societal pressures and the regulations or norms that are structurally bred across generations. Control, after all, may just be a cage that cultures and civilisations use to confine who we really are. They, even if temporarily, unbind themselves from the social contracts that one is often ashamed to let go.

Shafi’s practice has evolved extensively over time into using variegated techniques from various conventional mediums. His mixed media collages entail cut-outs of images that he has either photographed himself, borrowed from stock images, or screen grabbed – with consent – from social media accounts. He describes himself as a collector, who seeks objects and images that he is drawn towards for reasons he is unable to fathom in those moments. He then sorts the images in various categories such as figures, tools, animals, etc. The process is spontaneous and he assembles these stored cut-outs to create absurd, humorous and often surreal narratives. For Shafi, the making of his work is introspective and visceral. He is a storyteller, and each visual is presented as a chapter or a short story, the continuation to which the artist himself is curious to discover as much as the viewer anticipates.

Most of the content is derived from the artist’s personal experiences and the highs and lows that he has undergone over time. Otherwise controlling in nature, Shafi’s career led him to participate in adventures, and to interact with persons where he had to waive off his inhibitions. Submerging into the unknown and stepping out of his comfort zone was a daunting yet thrilling experience for him that has changed his perception on life.

For this particular show, Shafi recalls the adrenaline and the high he experienced and looks into those spaces that retain their own power and dissociate from the world outside. He constructs a realm where everyone is equal and is treated with the same concern, or apathy; a space with no established rules. There are no etiquettes. No distinction of class, race, gender, or religion – a forum where a woman with a shaved head can feel as in tune with herself as a woman who takes a religious headscarf. The diverse group conglomerates for a sole purpose – to connect with a higher being and to discover their truest, inner self.

The mystics of every religion – even those of no religion – indulge in such bohemian practices where they are not embarrassed about pleasure and laughter, where they are not afraid to lose control. While people may think of them as freaks and crazy, they are in fact ecstatic; rising to a higher state of consciousness. They leave advancements behind, fallen away, so they could dissolve into the infinite. Losing themselves to unite with their higher self.

The layered images and the contained three-dimensionality within the frames are the artist’s way of denoting political and religious veiling and social conformity. Our sexuality, gender, religious stance as well as our daily performative behaviour is all regulated by those who we lend that power to. We censor ourselves despite our need to be out of control. The tongue in cheek humour is evident in the fantastical gestures and the activities that he pauses in his images. Many of the characters mutate into hybrid of sorts – with animal limbs or heads. Despite our thorough conditioning we can never detach from our inherent animalistic selves. Through these burlesque metaphors the artist also lampoons at those individuals in everyone’s lives who wear a mask during their encounters, the two-faced identities that much like cattle, only show up as long as they’re attended to and fed. Similar to the reptiles behind glass in zoos, Shafi entraps these characters behind a barrier for viewers to spectate and amuse over. The ornate frames, painted in fluorescent colours lend to his satirical humour by claiming the orchestrated scenes of his outlook on those around him as “picture perfect.”

Mohsin Shafi did not have many photos of his childhood or of his family, if at all. Since the infancy of his practice, he has been borrowing family photos from his friends and his social circle to incorporate in his work. For him, to maintain the donor’s privacy was a paramount concern. Perhaps this is the reason, or the fact that since his childhood he was taught to not draw faces based on religious grounds, that the figures remain anonymous and obscured in his collages. However, the artist is also not commenting on individuals, but is questioning the presence and the position of a collective identity, or rather, of a collective belief. For the viewers, it is extraneous to know who the faces are.

Shafi considers himself as a spiritual being and strongly believes in the celestial – seeking an exchange of energy and vibes. He stands firm on acceptance, inclusivity, and an experiential homogenization which for him are provided by these organically built, open, and undefined spaces where no questions are asked and no one is commented on. It is this aura of looseness, and of oblivion, that the artist projects before the viewers and immerses them into, in attempts to cast off the empty shell of what’s dead, and embracing the mysteries of what is yet to come.