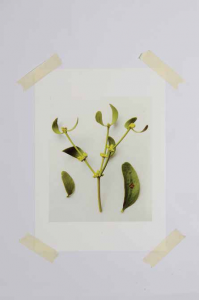 Do it Yourself Art

The only definition of “readymade” published under the name of Marcel Duchamp (or his initials, “MD,” to be precise) is “an ordinary object elevated to the dignity of a work of art by the mere choice of an artist.” The recent exhibition “Extra Ordinary 37 Do it Yourself Art Ideas for Free” curated by Rashid Rana for Canvas Gallery’s inaugural show explores the readymade is not as a work of art; but as the subject matter of a work of art- as a notion.

Duchamp himself was unable to define or explain his opinion of ready-mades. Through many years of practice his concept of the ready-mades kept altering. He says “My intention was to get away from myself, though I knew perfectly well that I was using myself.” He called it a game between ‘I’ and ‘me’. Rana guides the 37 participating artists to deviate from their usual practices, in a way involving them in a similar game of ‘I’ and ‘me’, in which he is equally a player. He invites them to choose an object (a process akin to producing a work), without using multiples and without altering it, which was then installed as per the artist’s directions in the maze like structure constructed within the gallery space, thus giving it an individual narrative. Just as the artists make their choice of object and narrative, Rana too makes a similar choice by choosing the artists and sequence. By placing them in a linear maze, Rana aims to give each piece it due artistic import, building a narrative the viewer may or not want to recognize.

One enters the display to be greeted by a familiar ‘Nokia Ringtone’ by Risham Syed, giving one a sense of attendance or company or perhaps even hinting at the culmination of a conversation. As one makes their way through these mundane objects imported into a gallery space with an orchestrated display one deconstructs them on multiple levels, the whole while the ringtone reverberates in the background, assuming a space further in the back one’s mind as one continues to step forward. While searching for the meanings embedded in these objects, and many others one can give to them, one simultaneously experiences the larger unfolding sequence linking work through their similarities. One also studies the relationship of these choices with their source, at times admiring their ability to be multifaceted and experimental and their study of form in different forms and other times unconvinced by the predictability of choice for example in the case of Imran Qureshi’s Winsor and Newton Artist’s Acrylic paint tube in Perylene Maroon colour which aims to invoke the dialogue of ‘Life and Death’, because this is the colour and medium the artist uses in his practice otherwise and this is the dialogue his practice touches on otherwise.

The meaning of any object brought into this space would inevitably have been altered, irrespective to conceptual consciousness or lack of it. Take for example Muhammed Zeeshan’s ‘Duck Face’. A speculum lying between latex gloves, spatulas and disinfectant swabs on a Gynecologist’s examination tray holds a different meaning than to one arranged to fit a corner of a gallery wall with spotlights playing with the reflective mettle surface. So when Rana wishes to ‘see art inseparable from life’ by the use of the ready-made everyday objects, he may have achieved that goal to a certain extent, however not without separating it from life to a certain degree simultaneously through careful orchestration and manipulation.

However, on the other hand Muzzamil Ruheels ‘Pure Life’ water bottle echoes an understanding of space and the role of manipulation, and how it will lend to it. He renders it the dignity of an art work informally, by displaying it as a forgotten object placed on the floor next to a pedestal rather than on the pedestal. Through this simple choice he lends it an everyday existence despite being in a gallery space. A viewer could easily miss it as a water bottle forgotten in a corner, and it is in this misconception where the conceptual strength of this subtle piece lies. And it is perhaps for the same reason that viewers were enticed to interact or add to the work, where one made the addition of a glass on the pedestal.

Ayesha Jatoi’s ‘Orange Puddle #1’ uses form and its many nuances with seemingly effortless ingenuity. The melted ice lolly, its constantly changing shade of orange with each passing day and the insects it was attracting, while touching on subjects of change and the ephemeral nature of things also studies form in its many forms.

The meticulously built dialogue leads one in and out of an array of subject ranging from politics and power to sexuality and objectification, from culture to perspective, from notions of possibility to those devoid of them with suave fluidity. However, what makes this exhibit unique is how Rashid Rana presents the idea of this entire show as reproducible, and encourages its reproduction it by disclaiming all rights of authorship. With Rana, it is always a question of heightening the degrees of a situation, by encircling with bigger circles the preceding circle of the situation. And it perhaphs in doing so that his curatorial intervention comes full circle.