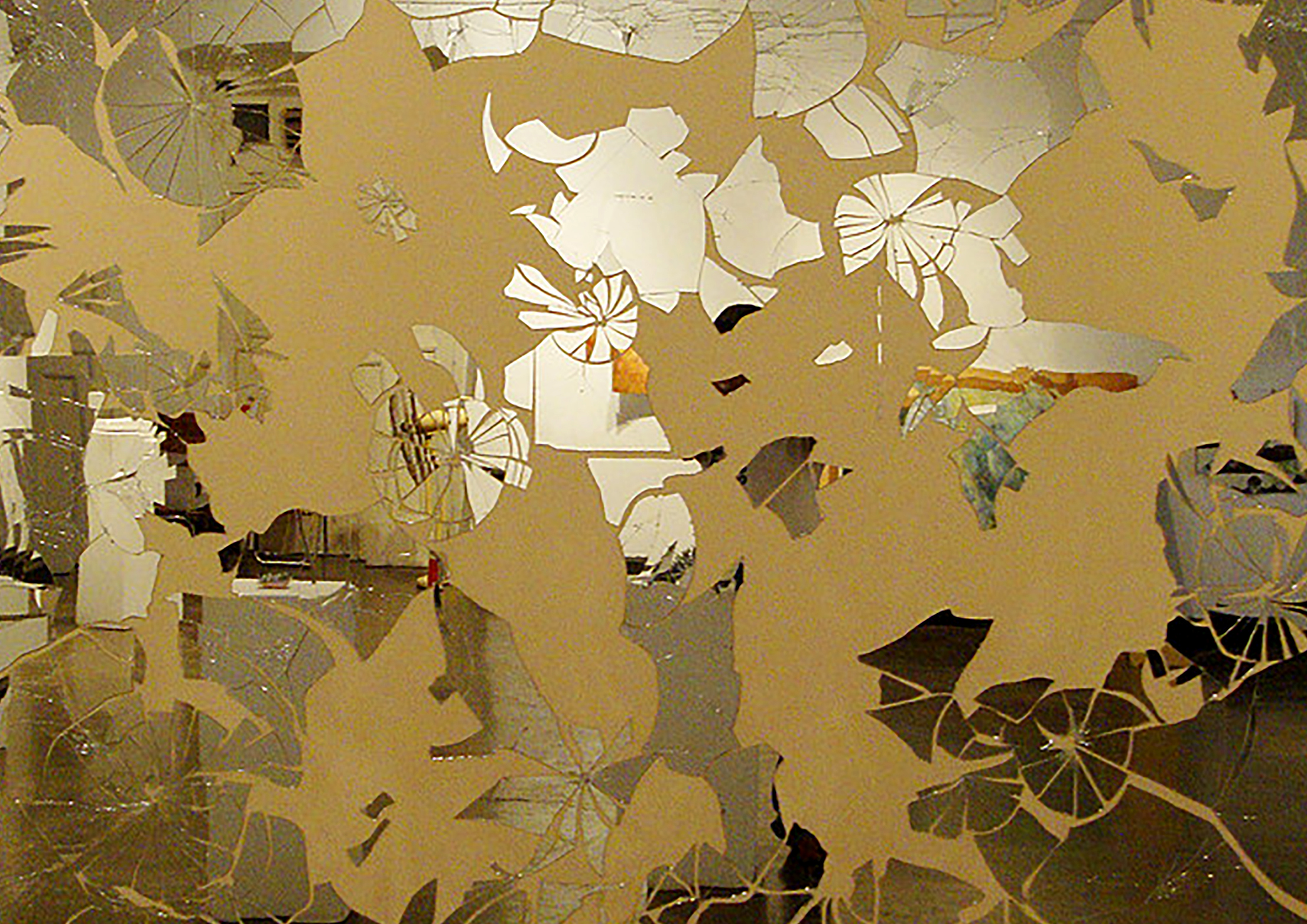 “I have combined both text and image where script emblazoned on the human body is to connote various meanings that talk about many facets of our identity such as gender, race, sexuality and even authenticity. Using monochromatic photographs, I have examined the abstract nature of the images and human form, exploring its volume, surface and curves. Evocative and sensuous, celestial land or sexual object, the images pay homage to the body and the mind’s hesitation to embrace it as it is.” Rabia Shahnawaz’s artist’s statement reflects upon how artists of our time are thinking about art, their positions and their surroundings.

The list comprised names, which are known, like Wardah Naeem Bukhari and Farrukh Adnan as well as of those who studied at art schools, along with some obscure and self taught practitioners. Yet the exhibition offered a comprehensive view of how diverse a medium or technique can be if it is treated in the hands of different artists. For example, Sajjad Nawaz in his large pencil drawings created visuals of clouds in a soft and sensitive manner. His other works were about the depiction of a desert in a simplified scheme, which on one level portrayed the detail of sand dunes and on the other appeared as fleeting images of a moving substance. Same kind of touch was evident in the cloud drawing, since the composition, which was spread from one edge of the surface to the other, conveyed a continuity of the imagery and convinced us of the presence of clouds, albeit in the form of graphite on paper.

The manipulation of medium and material was visible in the work of Aneela Khursheed too. Using glass as her main motif of expression, she constructed surfaces that reflected their surroundings, but in disjointed ways. The patches of mirrors were placed in a scheme that indicated a broken whole, and distributed one’s self into several separate segments. Thus, connecting her work to the split of identity that is faced today by many who survive in a world divided between East and West, and local and foreign. Also, in the current political and religious situation, faith is fragmented into different sects that are warring with each other. So is the distance among speakers of various languages and dialects, because on the basis of a certain tongue, people tend to fight with others and feel superior. Yet these parameters of identity are fragile and futile, something that was indicated by Aneela Khursheed in her work.

This fragmented world was illustrated by Farrukh Adnan as well, with his intricate and delicate drawings reminiscent of his home town. Through a web of marks and lines he managed to create a large and wide world, more from his inner landscape than an outside field. The blend of inner and outer was evident in the works by Wardah Naeem Bukhari too. Choosing a minimum language of black and white imagery, she displayed a series of prints connected to current conditions. Drawing her source of inspiration from traditional textile of Pakistan, Bukhari superimposed visuals that narrated how the west is gazing at whatever is taking place in our country. Symbols such as crown and chair against a backdrop of local patterns presented the artist’s concern about a changed world.

Executed in a sensitive and sophisticated scheme, these prints indicated an intelligent artist’s response to our grim situation, as she picked a language that was poetic and subtle, but still communicated her content. One of the most remarkable pieces from her body of work, in fact in the whole exhibition, was the silhouette of a flying aeroplane against the backdrop of rille, the traditional patchwork. Juxtaposition of the two illustrated the distance of two worlds, as well as reminded of a new world order, that emerged after 9/11. Although the work was not directly connected to that incident, yet being aware of Wardah Naeem Bukhari’s position as a person commenting on her surroundings, this interpretation is a possible clue to know her work. Further supported by reading her words on her art: “My recent digital series is based on current spontaneous and unpredictable situation of Pakistan. Pakistan is going through different phases more focal is energy problems, terrorism, war, surgical strike, politics, religion, which is creating negative prospect of Pakistan.”