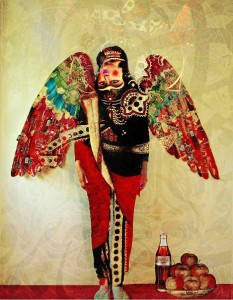 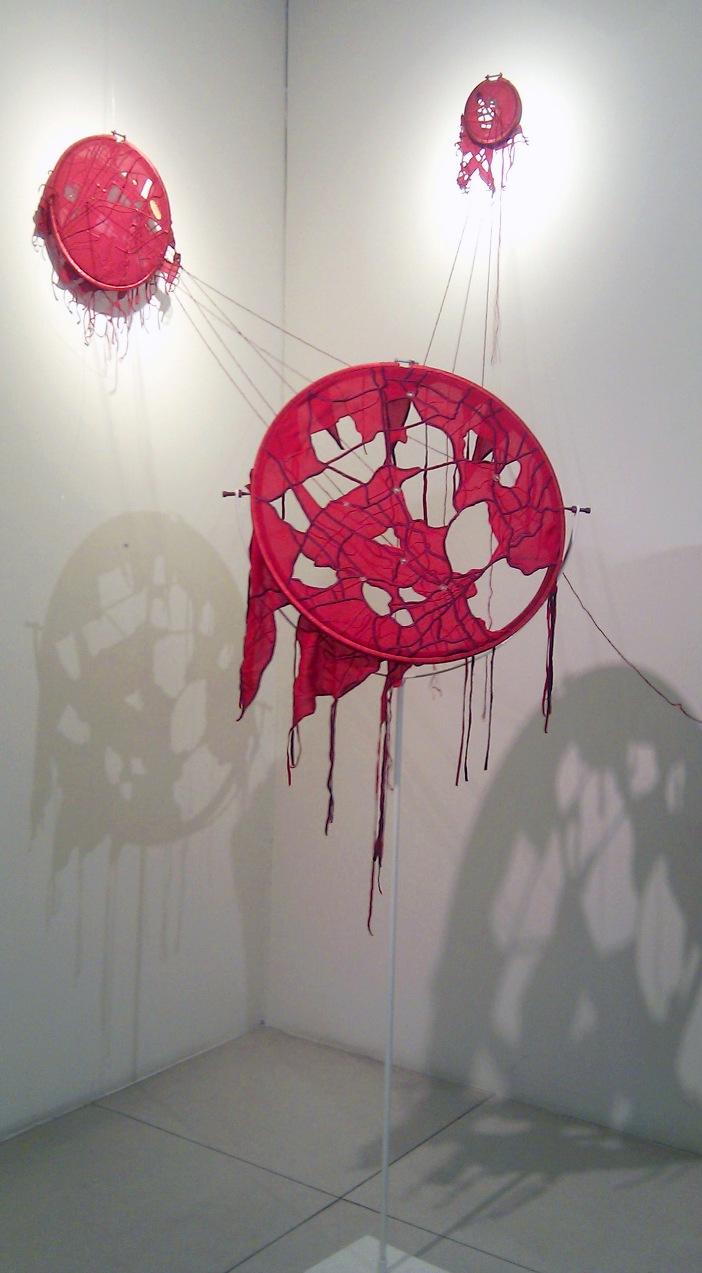 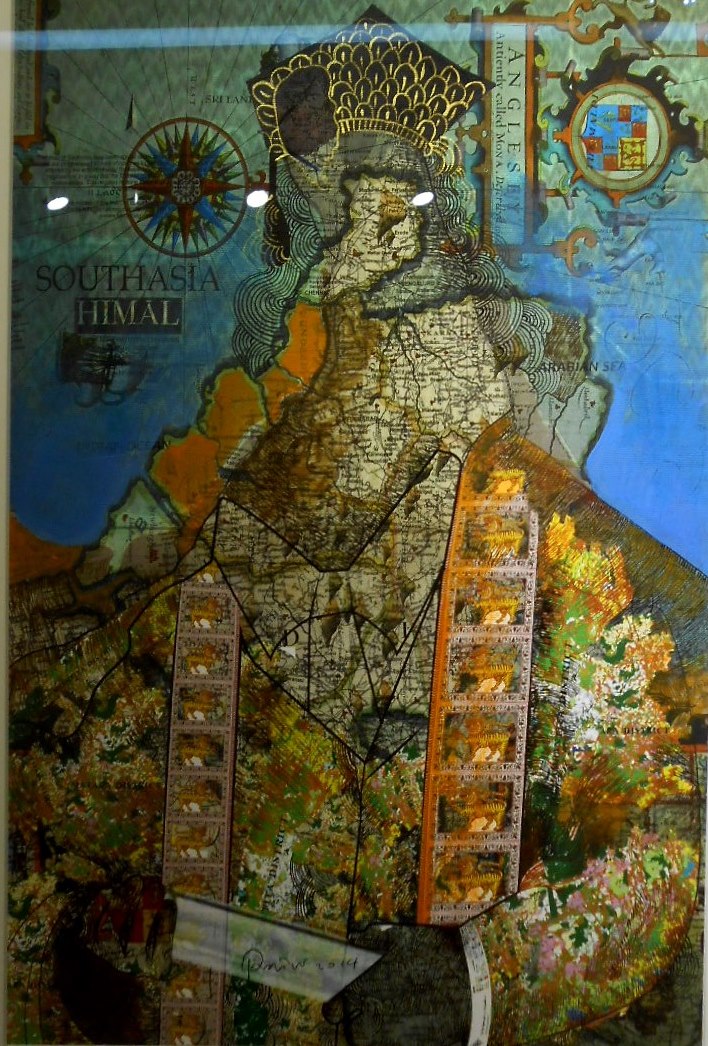 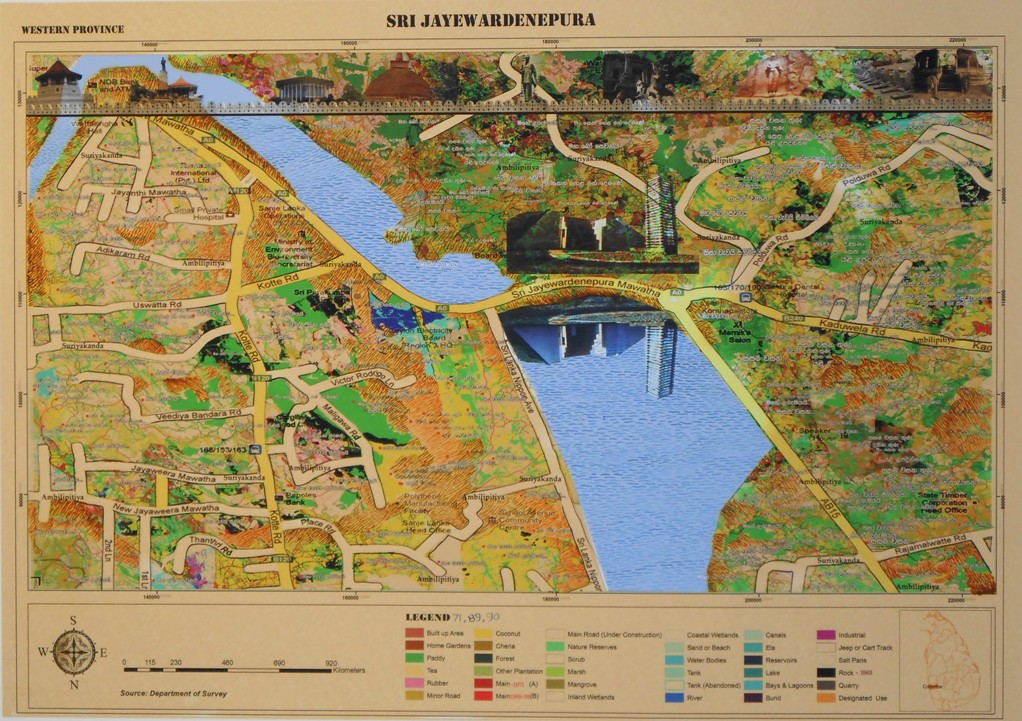 Too often we underestimate the power of place in our lives. The sense of belonging it evokes at times and alienation at others. The concept of displacement and migration has become a recurrent theme internationally. But here we speak of the displacement of the art work and the loss of meaning in the process. While many layers of meaning may be lost in displacement, there are always alternate layers constructed and as global artists wishing to reach out to a global audiences those layers often serve enlightenment.

The art milieu has become, especially over the last decade or so, a global network. Apart from the exhibitions held in major museums and art galleries, the biennales, triennials and art fairs have established themselves as defining events of contemporary art. One feature of globalist art, as critic and curator Rex Butler has observed, is that it is “defined not by artists and art works but by curators and exhibitions.” Curators along loosely binding themes, with international artists chosen to respond to these themes with new works, or with relevant existing works. Nilofer Farrukh, the curator of the exhibition ‘Displacement Anxieties’ at Chawkandi Gallery used the analogy of a “refugee” for the artwork in this setting during the panel discussion held a few days after the show. Where the artwork has to get accustomed to its new setting in which “the core idea of the work can experience loss of meaning when it travels away from its contextual territory”. She explains that “Sometimes this refugee is given a number, or becomes. And I believe sometimes art is looked upon a commodity and is very similar to becoming a number, because is becomes the price or the brand, it becomes the artist who is also in a way a brand. At some locations, I wouldn’t say all of them. This experience can be problematic, if we look at art as something which is a repository of meaning and emotion and what if this is not transferred, what stands in the way? Obviously it is the context.” The exhibition show cases the works of Pala Pothupitiye (Sri Lanka), Hojat Amani (Iran) and Roohi Ahmed (Pakistan). The two predominant aspects which link the three artist’s works together is individual ways in which they have employed mapping to make sense of not just their physical surroundings but also insubstantial and the other of displacement. Both are inadverantly associated to the idea of locating one’s self and the inability to do so, literally and metaphorically.

Pala Pothupitiye’s work deals with influences of colonialism on the post-colonial landscape and how it has culturally, politically and socially displaced post colonial Sri Lanka. He looks at the maps a means the colonizers employ to measure or quantify their colonies and addresses issues of land, nationalism and identity in relation to their colonial past. In Colonial Portrait and Portrait of South Asia, Pothupitiye critiques the educational system and practices introduced by their colonizers, most of which the former presiders have abandoned to, but are still a part of their daily lives. The term post colonial in itself is slightly deceptive, as today the colonizer exists within one’s boundaries rather than outside, thus creating urgencies of introspective analysis. The blood drenched teeth, a recurring element suggest a crude cannibalism. He uses the Tiger and Lion as a symbol of the conflict between Tamils and Sinhala he studies the effects of the civil war that has marred Sri Lanka for more than a decade. Quite naturally the remnants of such a violent history have repercussions on a country’s present and future. Wether the teeth are those of the lion or tiger, it is hard to tell. And it is perhaps in this very ambiguity that his work creates room for reflection. This is where artists like Pothupitiye come in and provide analysis for deliberation. His work Sri Jayewardenepura on the disappearance of The Shrine of Innocents, by Jagath Weersainghe, a memorial made for those lives lost during the 1988-1991 massacres in the south of Sri Lanka is one such example. The monument located itself near the parliament as means to remind those in positions of authority that with power comes responsibility. The disappearance of the monument is an act of erasure and the lack of concern for it is perhaps self-erasure.

Pala Pothupitye’s work plays with or exposes the processes of meaning-making, national identity formation, willful acts of cultural forgetting, erasure or censorship. It resonates with emotional power in which echoes intellect and visceral emotional statements. And though it might be displaced from its original contextual territory, it constructs meaning so close to home. As Pakistanis, these are concerns we all can draw parallels with. From the colonial education to the dress code most our clubs adhere to senselessly. Even the disappearance of the public monument rings so close to home as it reminds one of the sudden disappearance of Amin Gulgee’s sculpture which once stood on Bilwal Chowrangi.

Pothupitiye’s work comprises of several abstruse layers embedded profoundly in the Sri Lankan history. He uses text, texture and a wide variety of media. However in essence is extremely explicit and simplistic. On the other hand Roohi Ahmed’s work is minimalist, sparse and extremely ambiguous. On first encounter it looks quite simple, but comprises of so many profound meanings. One can see where Ahmed’s works sprouts from. She lives in Nazimabad, a part of Karachi often referred to as the ‘the other side of the city’ and at times even the world. Mapping the distance comes as a natural concern for someone who travels that distance from the other side of the city/world on a daily basis to teach at the Indus Valley School of Art and Architecture. But this is obviously just the source. She work negotiates with the idea of ‘distance’, and its many meanings, it could be the physical distance, a distance in ideology or school of thought, the distance between different stratums in society or emotional detachment, in fact, even as a medium of mark making . However, it is the form of Ahmed’s maps that is so powerful and moving. The maps are constructed out of cloth using cutwork and embroidery, in other words an act of addition and subtraction. Stretched across a red circular frame, almost as though stretching its limits and at the same time defining them. Opposites co exist in her work, it becomes the thesis and the antithesis.  And then there are pieces of ragged edges, or peripheries lynching from the frame, some of them as though barely hanging on. One can almost spot Sohrabgoth amongst them.

For Ahmed, mapping is an act of drawing and she enjoys the duality of meaning in the word. Working with that duality of meaning the work uses the idea of marking making with unconventional materials. Her shadows are also a part of this process of mark making. Had the source of light been different, the shadow would also have been different much like one’s perspective of vision. Devoid of details, it is haunting. On the other hand, the red cloth looks like a piece of flesh, drawn from within. She makes her viewers experience Karachi in flesh. As a visual experience her work is arresting, haunting and extremely evocative of a particular place and its multi-layered histories, its presences and absences. It’s and simplicity reaches out to audiences, but I guess everything looks simple from a distance.

One glance at Hojat Amani’s works and you know that they are Iranian, its imagery and aesthetics deeply rooted in Iranian mythology and culture. Winged beings and the concept of angels is said to have originated from Iran and are at the center of Amanis works. His angels are laden with wings made out of junk symbolizing the weight of material possessions as he maps his way to more spiritual or implied journey. Working around Rumi’s the concept of shedding worldly material to ascend. The yearning for freedom and the acquisitive nature of man was also the basis of his collaborative performance with television drama actress Kaif Ghaznavi. Amani contributes to the performance as a director and creates a kind of set for the performance with calligraphic text. However, when one encounters the same ‘set’ as the backdrop and table for refreshments during the panel discussion that ensued a few days after the show, one encounters the contextual displacement the curator makes reference to during the panel discussion come to life as Amani’s work takes on a whole new purpose.

The works are not completely displaced, perhaps because of a regional connection. Had they been on display in another continent, perhaps the idea of displacement could have come forth clearer. But then we would not be having this discourse here. However, owing to the global culture, is it even possible to be completely disconnected or displaced. Especially with a medium like art which engages with its audience on so many levels? ♦

‘Displacement Anxieties’ was on atChawkandi Gallery, Karachi, from 9-19 April 2014.

Madiha Sikander is a visual artist and writer based in Karachi