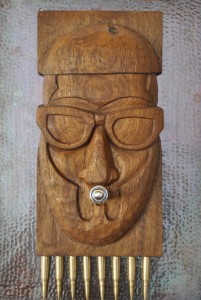 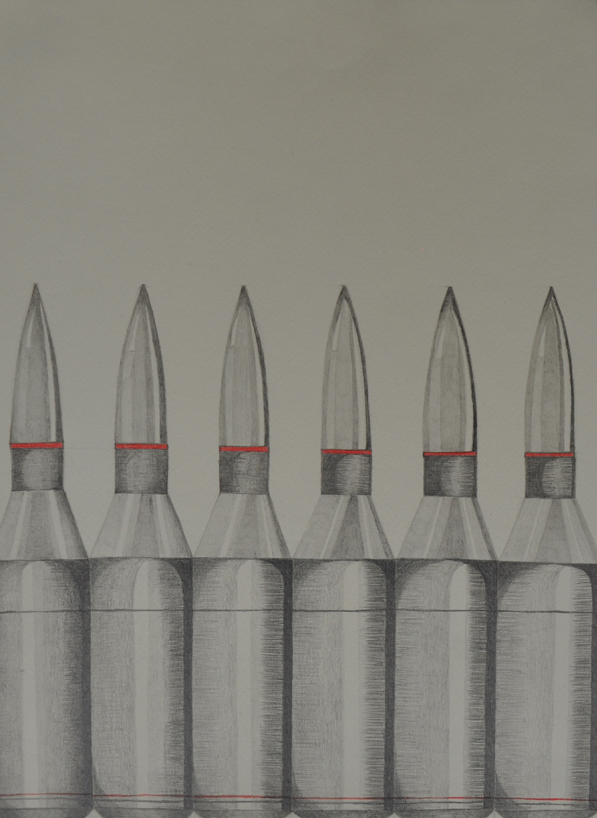 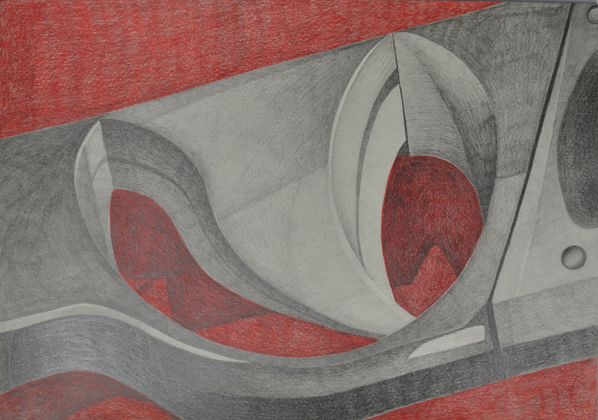 In the psychological drama of everyday life, human beings react to events in strange and bizarre ways— people cry at graduations and weddings, others laugh out loud at the news of the death of a loved one. Such emotional outbursts are well-documented in the annals of psychiatry and in fact have become predictable norms of behaviour. But the thinking artist’s response to events is however, never predictable because it involves assimilation, analysis and an informed processing of the event, sometimes acting out as a response to the response. It has been seen that the higher the degree of separation from the actual experience, the more likely that the production becomes engaging and absorbing, and in fact more poignant. In the hands of the unknowing artist, however, such detachment may be relegated to esotericism and irrelevance.

Saba Iqbal’s oeuvre is neither esoteric nor irrelevant. In her recent show at Canvas Gallery titled Guise Disguise, Iqbal presents a series of reliefs in wood and copper mounted on the surface of the two materials. The ‘portraits’ depict bearded men with prayer caps, wearing trendy sunshades; and though they are the archetype of Muslim clergy, they are by no means vested with any value of spirituality or venerability.

The images are sculpted, sand casted and then meticulously smoothened, buffed and painted over. Some of the reliefs have additional elements like bullets, fondue forks, metal strainers, taps and locks. The facial representation is stylized and exaggerated, impassive in the detailing, almost as if these are animated versions of the real people. But Iqbal’s purpose is not to entertain or even to ridicule. In fact the deep-seated anger that most rational elements in society experience  against the rising power of the clergy has been handled in a restrained, bridled fashion by Iqbal, making the work all the more affecting and almost heartrending. It is difficult to speak of an enemy that has cost you your freedoms and way of life in a controlled manner. But that is the work of an artist. It is how she shows her astuteness and wisdom — by rising above the fray and refusing to rave and rant like a demonstrating mob.

There are many metaphorical allusions in Iqbal’s work but they are tinged with personal narratives; the stuff from which the best in art emerges. She recounts of the time she was on a flight with people returning from the holy land and had to endure offensively rude and uncivil behavior displayed with a wanton assuredness of sanctimonious self-righteousness. The offending Gerry cans of Ab-e-Zamzam water are portrayed in one of Iqbal’s pieces, although on another level, the work is about outward purification, cleansing and internal grime. The polished bullets appear harmless and even charmingly decorative but the association with violence and religious militancy is apparent. The ubiquitous tea strainers, drain covers and locks on the mouths of the bearded men denote a narrative about verbal proclamations and messages of hate that spews forth from the pulpit. But most of all, the conceptual thread that runs through the body of work is the idea of double standards, hypocrisy and duplicity in the guise of religiosity.

Iqbal says humorously that she spent a great deal of time researching different beard types and sunglasses to offer variations in the work. But her humour belies the darkness in the work and Iqbal refers to incidents of horror perpetrated in the name of religion that come to light each day; as in the case of the children who were found chained and incarcerated, waiting  to be used for nefarious acts of violence like suicide bombings.

Iqbal’s sculptures are appended by a series of drawings that create an interesting parallel dialogue. Unlike the totemic faces, the drawings are clean, precise, linear and almost architectural in their representation. The structural uniformity of the bullets like a fired salvo suggests a well-organized force that may look light and airy but denotes the heavy destructive force of an arsenal that is both physical and psychological. The drawings are immaculately composed, depicting close-ups of gun parts, overtly enticing and unrecognizable but perilous and malevolent at closer inspection — blending fluidly with the thematic concerns of paradox and contradiction associated with religion in Pakistan.

Take a step back from the portraits of the bearded men and we see them for what the artist would perhaps like them to be in a fantastical ideal world where sanity has prevailed:  wall-mounted trophies collected at the end of a wipeout of regressive and arcane ideologies. Then the smile becomes a grimace and the smugness hidden behind aviator and Ray Ban sunglasses is erased.