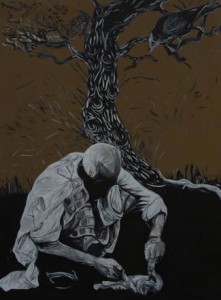 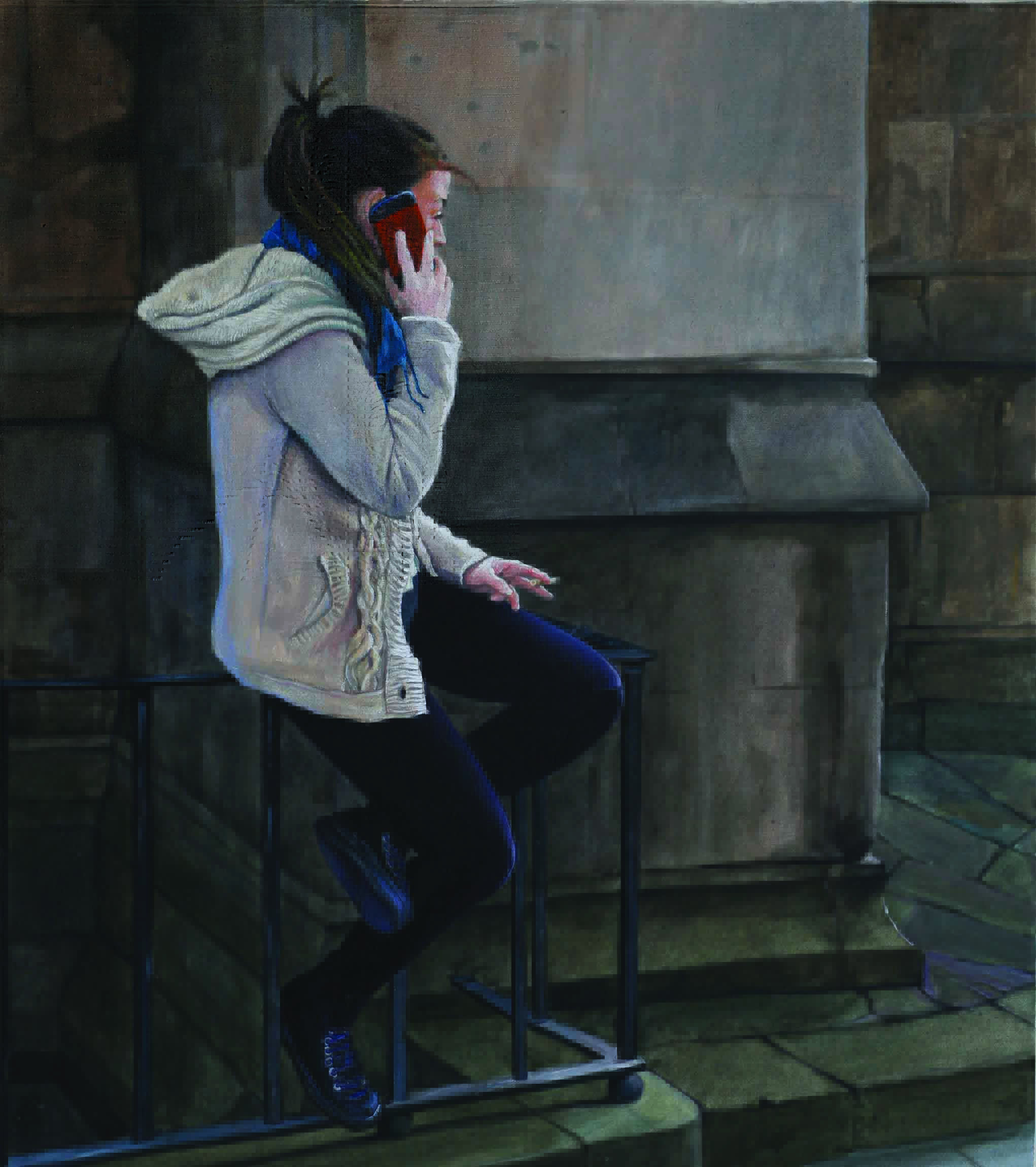 The show Configuration, curated by Aasim Akhtar at Tanzara Gallery on September 14th, neatly ties up the diverse practices of 14 Pakistani Artists as they explore the human form, sentiments and qualities that make up an individual. The premise of the show was to question the idea of what  “human” is- Is it defined by the tangibility of flesh, flux of emotions experienced or a person’s liaison with their surroundings?

The show consisted of works from a range of artists; from established names to emerging artists with burgeoning practices, each with their own unique take on the “individual”, varying from spaces impregnated with human emotion to others distorting the human figure itself. As the exhibition caters to varying aesthetic sense, one might not agree with the individualistic depiction of each Artist, though a select few were really effective in enticing the viewer.

Abdullah Qureshi’s large scale enamel paintings, puts on display individuals that can only be recognized by the titles given to the artworks. The seated figures seamlessly seem to blend away in the space they reside in, that also is beyond recognition, creating a distance between them and the viewer despite a face to face encounter. This inaccessibility though creating a disassociation, yet allures the viewer as they gravitate towards the ethereal existence of the characters captured on the surface of the canvas; the amorphous bodies becoming more than just everyday folk.

Abdul Aziz Meer’s Gouache on Wasli creates an out of body experience; the pain and angst of the individual being shown through the distortion or shredding of the body into multiple. The lazy and lethargic body is forced out of stagnancy with the foggy or misty treatment of the imagery almost feeling like the after effect of the physical dissolution.

Solangi’s paintings manifest an artist’s connection to the surroundings and how it can seep into their imagery. The artist has uninhibitedly let his surroundings take over rather than adjust new imagery into his former practice. However, the relatable social context present in his former practice is missing in his newly adopted foreign imagery.

Furthermore, R.M. Naeem has also created landscape promoting a quintessential spiritual experience; the fabricated space inundated with elements of life almost assumes an identity. By presenting two frames of the same landscape the Artist reveals the deteriorating equanimity of a space; where the silent, powerful and majestic Buddha’s head is reduced to something vulnerable as it is displaced.

Ali Hyder reveals animals as the counterpart for humans. Hyder’s work depicts the spiritual and emotional connection with fauna, where the animal could possibly also represent the absent human figure.

Using a loud colour palette Moeen Faruqi has revealed domestic relationships in a cold and unsettling household environment where the characters assume a comparatively deeper connection with its audience rather than their companions. The characters seem to breathe as much as the dead fish lying before them on the table, successfully promoting the idea of a stifling environment where people tend to exist rather than live.