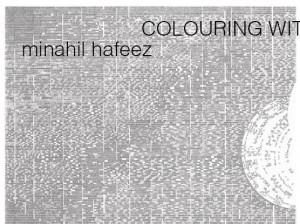 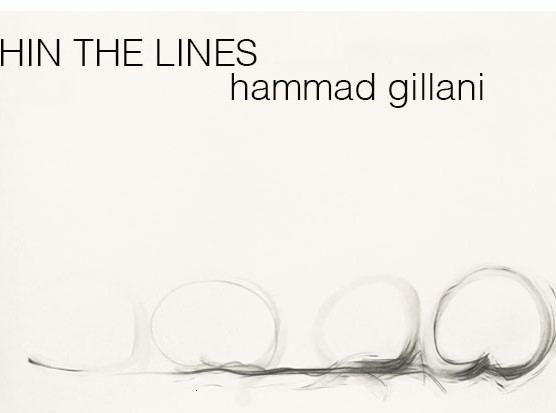 Colouring Within The Lines

The recent show “Colouring Within The Lines” at Taseer Art Gallery brought together two emerging miniature artists from the National College of Arts, Lahore ; Hammad Gillani and Minahil Hafeez.

Both dabble with the realm of abstraction; dissecting the vast body of the traditional genre of miniature art and minimizing it into repetitive line work. The artists’ tedious process of making these clean and crisp lines was on show 8th of November at the opening.

Hammad Gillani encapsulates the vast ideas trapped in his head revolving around societal structures by creating gestural abstractions on the wasli. He treats his wasli to appear to be torn out of a basic sketchbook, on which he uses the kalam to render with the traditional miniature technique of ‘pardakht’ to create black and white miniature paintings.

His focus is on amalgamating the vast to the most basic, he talks about how each of his works is verging on the idea of communication through the most basic aesthetics, and how he is trying to use images that let our most basic of instincts understand the nature of his abstractions.

His works are sequentially titled ‘Steps of Blind and Deaf’ and narrate certain nostalgic memories. The viewer is taken in by the aura of his work where every individual relates to the imagery differently. Hammad explained the emergence of his works in a way that cave painters or a child who is unable to communicate with a slightly more mature sensibility, scribbles on walls trying to express themselves. That has led to his recent works, ascribing to communicate to the audience. His painting with the circular forms built up with soft line work is narrating the importance of stones that are found in FATA, where people find the most basic of commodities to be so important as others would find redundant or too easily available. Other paintings are moments that he quickly sketched out and on having a satisfactory image selects to paint.

Minahil Hafeez keeps her works ‘Untitled’ for the viewer to discern for themselves the patterns hidden within her line work. She focuses on the chaos that breeds in society and how even within the chaotic routines of our lives there are patterns that have immense meaning. She relates how her drawings may also be a method of ‘mark making’ where the lines come close together and break away in other places. She uses graphite on her big scale Diptych and black ink and blue gouache on the rest of her works. She has made the act of mark making her niche where the image is unplanned and speaks to the audience by the act alone.

On talking with the artist Minahil Hafeez, she relays how this process of blocking out the whole world was meditative for her while the same process had a negative connotation for Hammad Gillani as he feels that art making in itself creates a barrier with the real world as the artists sole focus becomes the blank canvas.

This show commemorates the initiative of these artists to explore previously uncharted territories in technique of miniature painting, making it cross beyond the confines of what is the contemporary thus creating a new concrete space for themselves in the art world.