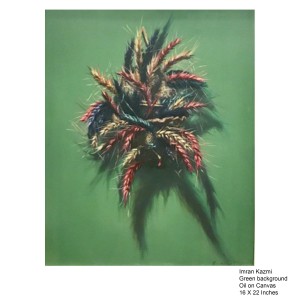 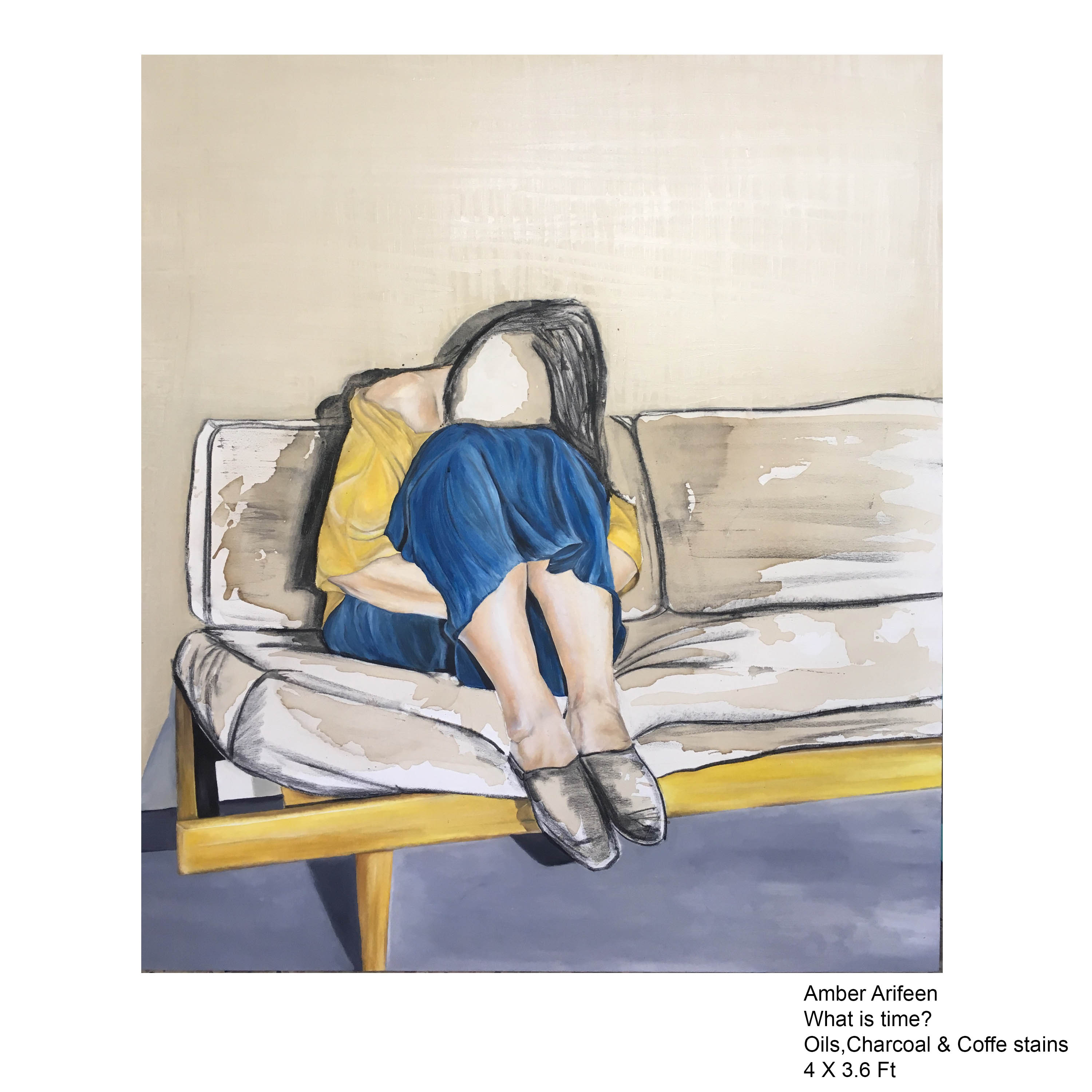 Art enthusiasts in the capital city have been starved for art and culture activities for a while now with the shutting down of most of its galleries. With the lack of gallery spaces many compromises are made where shows are now being displayed in restaurants or other less than appropriate display spaces. However, the struggle to keep the cultural exchange alive, despite such odds, is admirable.

My Art World put up their show Collector’s Weekend at the newly renovated Table Talk restaurant from the 13th to the 15th of July, 2017, to celebrate 4 years in the business. The show composed of a large and eclectic collection consisting of the works of artists represented by the gallery at some point in the past.

The numerous paintings on display were reflective of the vitality and variety in the Pakistani art scene. Fortunately or even unfortunately the large selection resulted in an individual glazing over many images remembering the few that really catch their fancy. One such painting for me was Sana Saeed’s diptych which clearly stood out. The artist’s choice of depicting an everyday object, yet possessing an emotionally inundated presence resulted in a subtle exquisiteness. The painting, a replication of the loose folds of fabric upholstered on furniture pulls one in with its casual air and understated beauty. Fatima Nadeem’s mixed media paintings also `possess this understated beauty that capture people in their natural habitat, where the surroundings very much define the character as does the individual his environment.

Displayed beside Saeed’s work was Imran Kazmi’s Green Background. The artist impresses his viewer by beautifully replicating inanimate objects placed against silent backdrops. His image makes the viewer yearn for something lost yet not knowing exactly what that is.

In contrast to the photo realistic oil paintings stood Romessa Khan’s non representational monochrome compositions that seem almost lyrical with its web of thin animated lines flowing seamlessly across the surface of the paper, taking up unexpected and arbitrary paths. Similarily, Anushka Rustomji’s pieces present a delicate and mystical microcosm that seems to be in motion, yet maintaining its harmony. Khan’s and Rustomji’s pieces though the most alluring ones present, lost most of their charm as they were casually displayed on a table, does considerably reducing their impact.

Furthermore, Shiblee Munir’s A Chinese Cup of Tea also proved to be a sight for sore eyes. The artist’s vibrant colour palette and absurd imagery with monkey’s holding guns and flying deer present a rather grave subject through an unorthodox visual representation. The artist successfully juxata poses two symbols of power and authority; the Mughals as the ruling class through history and the present being the police. The clear dominance of the police suggests the victory of new regime established eradicating the values and moral codes of the past. The artist’s mixed media composition provides great room for numerous interpretations each perhaps very dissimilar to each other.

The show with its large selection catered to all kinds of art collectors and patrons, delineating what the gallery has had to offer in the short time since its conception.