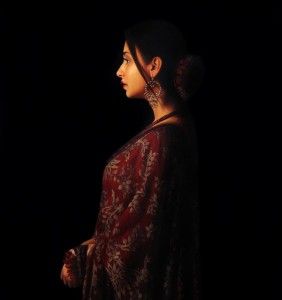 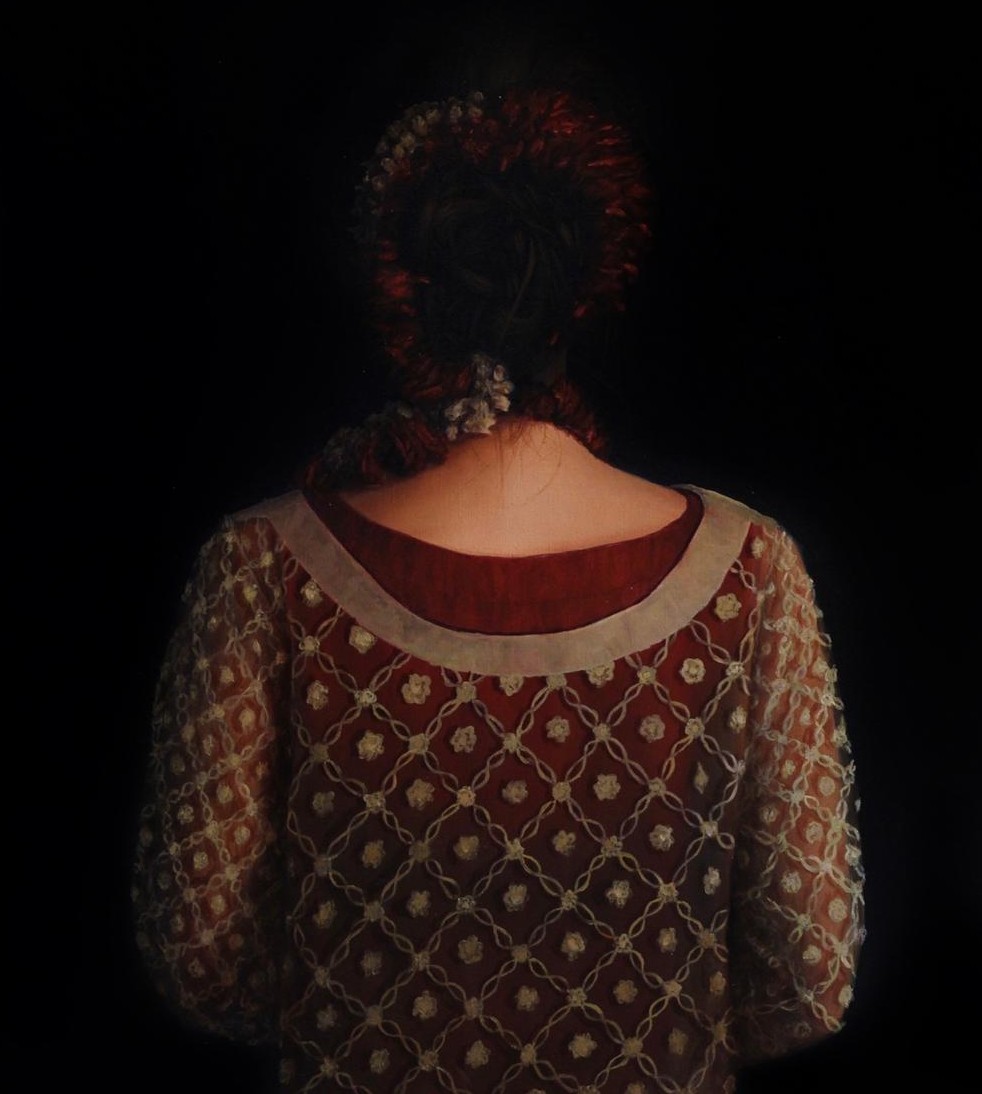 We are consumed by urbanisation and modernity, facing the great challenge of disconnecting from our online lives, and often demanding professions. In our recent past, we had large gatherings for music and art lovers like the historical All Pakistan Music Conference. A legacy that began in the 1950s in a golden and glamourous Lahore. Our classical heritage has been forsaken catching dust in the form of dated cassettes and VHS tapes of Mehdi Hassan, Iqbal Bano and Farida Khanum. I am reminded of that era of poetry, grace and sophistication, when in the presence of Imran Ali Kazmi’s paintings at Tanzara Art Gallery, Islamabad.

Unlike his contemporaries, Kazmi is bending time traversing back to the 18th century to find the right painting devices to translate an eastern subjectivity into romantic realism. A connection is instantly felt between Kazmi as the painter and his deep understanding of the Old Lahore City where women played their favourite ghazals on the phonographs or tuning into Radio Pakistan. The colours used in Kazmi’s works are warm and invite the viewer to draw closer to the central figure standing in the picture frame. Like a mirror, there is a staging purposely at play in Kazmi’s compositions. The figure feels like a distant memory, a love letter to an old flame from our youth. Perhaps, a dream girl being described in a tragic ghazal or love song by a hopeful yet broken heart. These paintings are love letters to an era we all imagine and yearn to return. There is an atmosphere of a vintage photography studio, where Kazmi might have taken a wooden camera and hand developed the film that shows women waiting to be captured by his lens.

These young and beautiful protagonists in Kazmi’s oil paintings are familiar in their familial soft presence, a reminder of a vintage photograph from our mother’s, aunt’s or grandmother’s old photo album. A scene where we walk into an intimate boudoir of a lady getting ready for a wedding or festive celebration. The warm Naples Yellow, Gold and Ochre tones are paired with a blended rich Indian Red and intense Crimson shades colour the clothes and jewellery carefully selected and curated by the artist. Kazmi forms the image of the protagonist in his mind and imbues the painting with a gestural pose that is purposely frozen in a particular moment. Surrounding these figures is a rich coat of paint, a solid colour to frame his subject further so that they remain the central focus. This allows the eye to travel across the purposeful strokes on the clothes, gold and pearl jewellery and the delicate flower jewellery added to the hair and wrists. Must like the voice of a classical singer guiding us through the instrumental arrangments playing in the background. The meticulous and glimmering details of gold and bronze embroideries, handcrafted precision of the gold engraved earrings, the texture of these elements are a tightly woven backdrop for Kazmi’s painterly brush strokes on the jasmine flowers and pearl finishings that feel improvised and immediate.

These women are metaphors of shared history that we as Pakistani’s share with our Hindustani classical traditions. There is a vocabulary that Kazmi is building with each painting, one that traces ancestry with each muse carrying the carefully curated ornamentation. It is the details that piece together a narrative in the painting. The elaborate Jhumkas and carefully placed rose behind the ear are the storytellers in Kami’s painting series. In his later works, there are new objects that are becoming central figures of the painting. There are gold and silver trays carrying bundles of gajras and loose petals, an engraved surma-daani, hanging necklaces of roses, inviting the viewer to create a short film about the female protagonist’s life. These singular objects are given the same detailed rendering of paint and highlights as the figures. The skin on the female subject feels alive enough to be warm on the canvas much like the petals and jasmine flowers hanging without any blemish or bruise. Kazmi idealises the figure and the flowers, enough to immortalise them as they become more than life drawings and enter into a surreal dimension of painting.

Originally from Kasur, Kazmi graduated from National College of Arts, Lahore in 2017 and soon travelled to London, the United Kingdom, to gain experience in painting classical realism. It is undoubtedly a quality of his work but Kazmi is not looking for a western philosophical grounding for his paintings, he wishes to stay true to his core interest and love for indigenous cultural depictions that he considered the hight of classical realism. As a viewer, I feel a grand celebration in his paintings that move to the rhythm and mystic understanding of our centuries-old classical music and miniature traditions. We feel a deeper connection with our history, legacy and ancestry through Kazmi’s elegant sincerity to his painting practice.