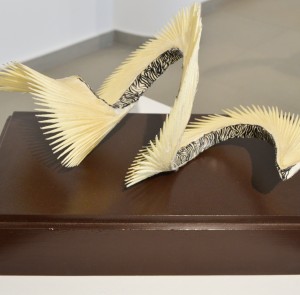 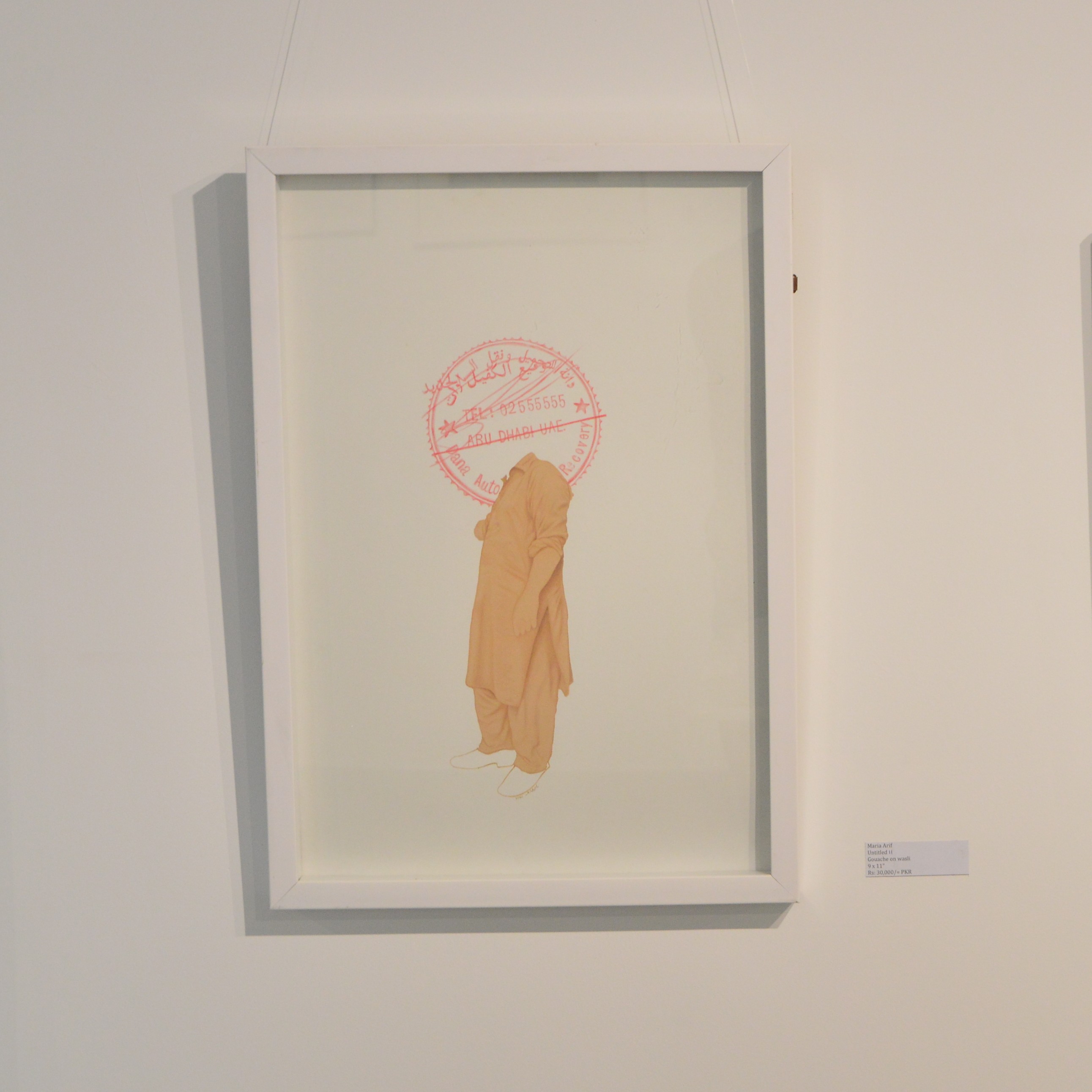 Chenab Waves is a group show showcasing works of alumni and faculty from the Department of Fine Arts, University of Gujrat to celebrate the completion of the first ten years of the department. The exhibition displayed at VM Art Gallery from February 8th to 28th 2018 features works of 23 artists exploring a multitude of concepts and media. It is the first ever show of the department in Karachi and intends to introduce a new signature to the art scene.

Gujrat is not only a historically rich city, it is also a thriving industrial contributor to our economic tapestry. The shift from celebrated cultural heritage to significant industrial anchor has allowed the city’s economy and lifestyle to change in many ways. Among the changes witnessed during the last three decades, art and design related aspects are one of the most affected ones, thus creating a new visual identity for the people of Gujrat and its surrounding areas. Owing to the changes in the region’s culture, the University of Gujrat initiated a Department of Fine Arts which has recently celebrated the culmination of its first ten years – the first of the many milestones to come for the department.

To initiate something that imparts an ideology is a difficult process but to instigate a practice and process that builds upon existing traditions based on a combination of ideologies is even more complex. The works featured in the show are a reflection of the faculty’s investment in building an academic process alongside an identity for the niche culture emanating from the transition experienced within the region.

Salman Arshad’s Untitled miniature reliefs on wasli appear as roughly textured surfaces on the first glance. On a closer look they reveal the construction of the surface to be done with intricately cut paper forms layered and juxtaposed to create a meditative monotonous rhythm. The uniformity of the minute paper forms and their methodical placement allows the process to take the center stage in his work.

Working with the notions surrounding perception of self, situation and life, Imran Haider, Sidra Iqbal and Sundus Riaz have explored metaphors depicting the everyday practice of assessments and comparison of accomplishments. Haider’s studies of human skin against stark white backdrops highlight the sensitivity of the practice and the artist’s efforts to do away with the context makes the dilemma even more obvious. Iqbal’s windows, webs and metallic restrains depicted in black and white comment on the grey areas we come across every day and how our interpretation affects those situations. The simplicity of the canvases in Sundus Riaz’s work enables the viewer to perceive itself in the artist’s shoes climbing up and down those staircases marked with measurements. In each of the artists’ work, the subtlety of color supported by strong use of medium enhances the metaphorical depth within the artwork. Maria Arif’s attempt to explore the role of legacies in building something anew continues the sense of inquiry and strong metaphors underlying works of Haider, Iqbal and Riaz.

Habib Akram’s inquiry takes a different path towards self-exploration and identity. He examines the dynamics and effects of relationships and interactions in building the self by using figures with concealed faces. Fariha Rashid and Hafsa Batool’s work is about the cycle of experience and expression of an emotion. Wajid Ali’s narrations based on his journeys, Izza Noureen’s visual journal and Maryam Batool’s anatomy inspired Sculptures further the investigation of self and surroundings.

Social and cultural concerns and conundrums dictate most of the artists’ work in the show. Aniqa Akram’s Untitled canvases are a comment on the superstitions in our culture. Using radial diagrams and parrots to portray the heavy inclination towards astrological analyses in local-street culture. She builds an argument around how the simplistic elements and notions lead towards complicated practices in our society. Muzzamil Khan’s mixed media on wasli portrays his apprehensions and concerns in response to the incident in Bahawalpur where people were burnt to death. NoorulAin’s work brings forth a contrasting paradox of perception of life in terms of ideal versus real. The lotus and figures juxtaposed against ochre canvases portray a romanticized version of reality where the stylization of the elements communicates the irony of the idea. Ali Raza’s miniatures delve into the on-going political situation and its subliminal effects on our society. Whereas, Muhammad Junaid’s Untitled pieces comment on the after effects of partition in 1971. Aliya Amjad’s Urban Landscape I and II explore the effects of urbanization on the existing landscapes and the changes in the social dynamics as a result of the process. The monotone canvases portray the transitioning cityscape covered in fog reinforcing the concerns regarding superficial urban planning.

Mehwish Jabeen’s Destroying Architecture and Untitled use clay pots and glazed patterns from traditional Multani and Gujrati ceramics to reflect on the state of these crafts and the need for preservation and promotion of rich cultural heritage. Majid Ghafoor’s Shahdoula Gate raises same concerns. Asif Shareef’s attempt to reorient the Islamic patterns on 3D surfaces presents a new approach towards cultural identity. The redistribution of space for the new forms allow the centuries old tradition to take a new form, perhaps a more engaging form for the modern times.

Quest for Knowledge and venturing into world beyond self is the underlying theme for Tauqeer Baig, Sidra Arif and Shafqat Salman’s work. The use of traditional and unconventional media and technique broadens the range of expressions within the subject matter.

For an academic institution to put together a team that can reinforce each member’s strengths and weaknesses is a milestone in itself. The exhibition showcases the diverse yet complimenting set of approaches found within this team, promising to build a sustainable academic system that can enable and contribute to the community it sprung from.