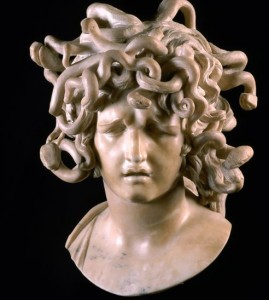 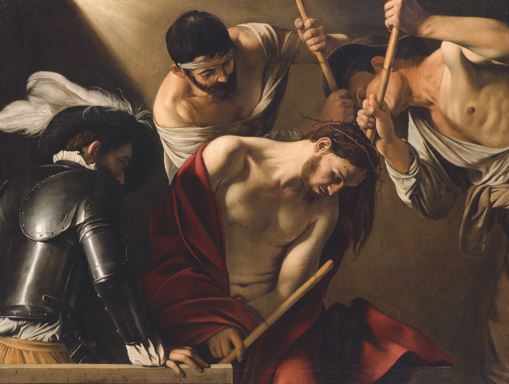 Caravaggio-Bernini. Baroque in Rome is an exhibition of more than seventy masterpieces by Caravaggio, Bernini and their contemporaries. The paintings and sculptures are on loan to the Rijksmuseum in Amsterdam from museums and private collections around the world.

Throughout the Protestant Reformation, the statue was prohibited. The Protestants believed that true faith could do without art. Paintings and sculptures were removed from the churches, but during the Catholic-Reformation, the counter-offensive that the Catholic Church started later in the sixteenth century, the image had an important role to play. The Romans were again effusively using art as a publicity tool. Realism was stepped up to make the proposed saints and other apostolic figures look real. The drama was also staged, so that the viewer was affected the other way by the propensity of the imagined story. Even in Holland, Catholic art made a deep impression. Without Caravaggio (1571-1610) no Utrecht caravaggists, and without caravaggists no Rembrandt. In the Rijksmuseum, the temple of seventeenth-century Dutch painting, there is now an exhibition devoted to the art that was made at the same time in Rome, the beating heart of the Counter-Reformation. The museum collaborated with the Kunsthistorisches Museum in Vienna, where Caravaggio – Bernini: Baroque was already seen in Vienna last autumn. The title of the exhibition makes it directly clear that painting (Caravaggio) and sculpture (Bernini) were on equal terms in Rome of the seventeenth century and are therefore presented in a mixed manner.

Both Caravaggio and Bernini demarcated the dramatic realism of the early Roman Baroque in their personal mediums of painting and sculpture. This display is the first to focus on the two artists together; it correspondingly looks at their influence on contemporaries such as Guido Reni and Artemisia Gentileschi. Devoted jointly to Michelangelo Merisi da Caravaggio (1571-1610) and Gian Lorenzo Bernini (1598-1680), this thunderous display has set out to explain why the baroque age was so transformative, and why these two mouthy presences were its key players.

The young Caravaggio arrived in Rome from Milan in around 1592, and by the middle of the decade he had already begun to create awe and amazement in Rome – as much for his dissolute lifestyle as for his art. In his depiction of a ‘Boy bitten by a Lizard’, he captures the sudden shock of pain with an awareness of immediacy unrivaled by his contemporaries – an early example of the high pitch of anguish and drama for which Roman baroque painting would soon become famous throughout Europe. The boy starts back in alarm as a lizard concealed among succulent cherries sinks its teeth deep into his finger. His red, full lips pout in pain. He has a flower in his hair and wears loose, easily removed robes. In his distress, his shoulder is exposed and catches the light. Few painters have so influenced the course of art. The naturalist turn in 17th-century painting begins with him and was emulated by everyone. The excesses of emotion that are replicated with the extremes of light and dark that Caravaggio achieves with his characteristic, heightened chiaroscuro. With the exquisite realism that caused his contemporaries to call him ‘the unique imitator of nature’, Caravaggio communicates raw suffering as an experience at once horrifying and beautiful

Pope Urban VIII once said to Gian Lorenzo Bernini ‘You were made for Rome and Rome for you.’ Born in Naples in 1598, he moved with his family to the Eternal City in 1606, by which time Caravaggio’s extravagant dramatic realism had made him the most famous artist in the city. Under the patronage of Cardinal Scipione Borghese, Bernini developed a sculptural style that also sought to express heightened emotion through grand gestures; this early sculpture shows St Sebastian at the moment of his martyrdom, pinioned to a tree and pierced with arrows.

Like Caravaggio, Bernini grew a reputation for psychological realism that no other sculptor could contest with. By the 1630s his fame had spread throughout Europe, bringing him royal commissions from the courts of Modena, France and England. In his portrait bust of ‘Cardinal Richelieu’, the sharp features of the French king Louis XIII’s chief minister combine with the soft folds of his clothing to imbue the figure with a sense of gravity.

Bernini’s ‘Medusa’ is not portrayed as a defeated figure but rather as a living monster which suggests this work was his humorous take on the classical myth- producing a stone version of a living creature that turns people to stone. Certain features of her face and general voluptuousness reveal the decision of the great sculptor to interpret the myth according to his own vision. Bernini’s Medusa also conveys passion, emotion and the humanity of the moment rather than the monstrous aspects of Medusa treated by artists and sculptors hitherto.

Caravaggio – Bernini: Baroque in Rome provides a noble idea of ​​how stories were articulated in the past, how affections were depicted during the Counter-Reformation – through precious works of art from all over the world. In addition to the intensified realism, there is the amplified drama. Great feelings are conveyed in marble and oil paint.

The exhibition Caravaggio- Bernini: Baroque in Rome is on display until June 7th in the Rijksmuseum, Amsterdam.