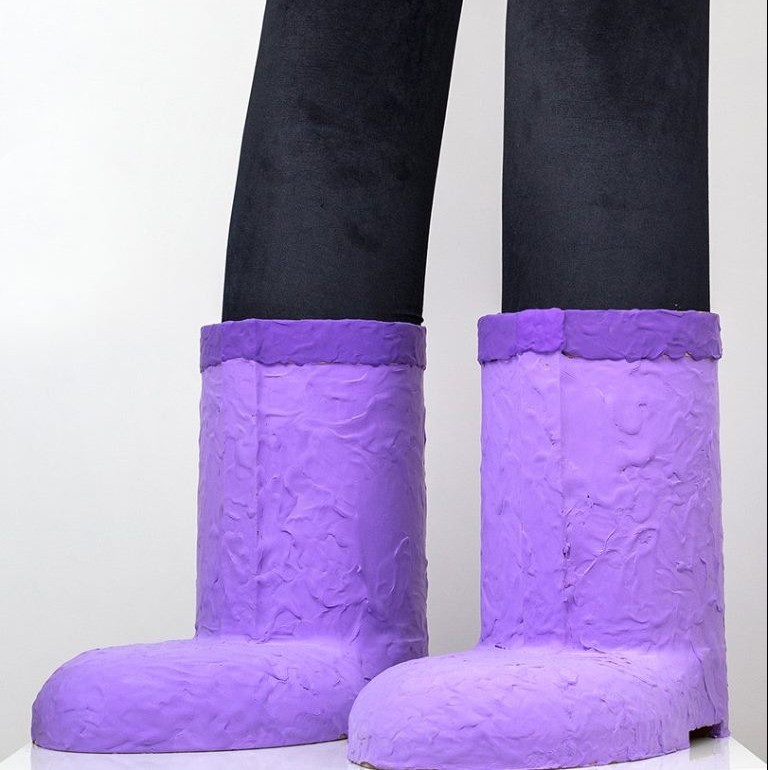 The heart cannot help but gladden nostalgically at the initial sight of the luminous, ice-cream bright colors. Creamy pinks, brigh

Landscapes: John Berger on Art
Leading the change through the arts – Two admirable projects by Ayesha M Ali
An Ode To Printmaking

The heart cannot help but gladden nostalgically at the initial sight of the luminous, ice-cream bright colors. Creamy pinks, bright cloudy blues and impish violets meet thickly, bringing to life a number of strange, smug individuals deep in thought and in states of utter seriousness. The characters, clad in high necked uniforms are seen to be pondering over the gravest of matters, raging against hidden blunders or perhaps may be lingering in a hushed, secret dream.

The bright portraits seem to groan with the weight of their subject’s self importance. Through their official garb, it is realized that the characters are figures of authority, leaders and rulers. At her solo show at Sanat Gallery, Sophia Balagamwala navigates the modification of history, the constructed tales around national leaders and the fictionalization of histo-political reality.

A portrait’s significance dwells further than merely capturing the subject’s likeness. Traditionally, portraiture has been employed to immortalize the affluent and powerful, and to illustrate their authority, their religious virtue, their beauty and their wealth. Personalities are constructed, as garments, expressions and objects within the portrait are taken into consideration. Almost godlike with grandeur and majesty, the portraits endeavor to evoke feelings of awe, deference and admiration. Representation can become problematic if and when the meaning being presented is modified, or constructed in a significant manner in order to elicit a certain type of response. If representation within language or visual culture is subject to manipulation, truth is compromised and fallacies are thus communicated.

Balagamwala’s portraits are waggish and facetious in nature. Bumptious, disdainful gentlemen are distorted and rendered mercilessly with garish, childlike colors, their forms defined by thick, violent strokes. Moustaches wiggle; noses protrude astonishingly, lavender beaks sprout from sage green faces. Unaware, they remain poised and stern, as pompous and priggish as ever. Stripped from the opulence of the classical aesthetics of portraiture, the characters are subjected to mockery and mirth. Medals and uniforms are unable to command the authority they so often enjoy. The whimsical mischief of the colors and the utter absurdity of form, word thoughtful questions about the perception of our heroes, and the consequence of our idealization.

Joyously free from the disguise of staid decoration and anatomical neutrality, the Big Men are unable to take cover. A perfectly crafted body, painted intimately with all considerations of proportion, is better able to mask thought and feeling. Balagamwala’s ironic heroes in contrast, achieve emotional amplification through the simplification of form, free from the distraction of detail. The startling expressiveness of the faces, and the fluidity of their supercilious emotions are communicated full heartedly.

The lofty expressions are so exaggerated; it is almost as if the Big Men were aloof, sneering actors, straining to imitate and embody their perception of how real leaders should behave. It is disconcerting to observe the men mimic each other’s bearings. The disbelieving uniforms may even serve as costumes rather than official attire. Beneath the playful veneer, there is a disturbing realization of the possibility of false narratives embedded within our history and the insincerity of those we worship. Balagamwala does not aim to capture particular identities within her work. Instead, she captures the essence of pretense within figures of authority, and the fabricated stories we revere.

Sophia Balagamwala is a Karachi based visual artist and illustrator, with a BA from the University of Toronto and an MFA from Cornell University. The artist has showcased her work numerously locally and internationally and is also the Lead Curator at the National History Museum in Lahore.

The artist investigates historical deception and the manufactured embellishment that pervades the public personalities of national leaders, in a mischievously charming manner. Her endearing caricatures, despite their comical antics, provoke significant concerns about the tales we have always believed to be true.