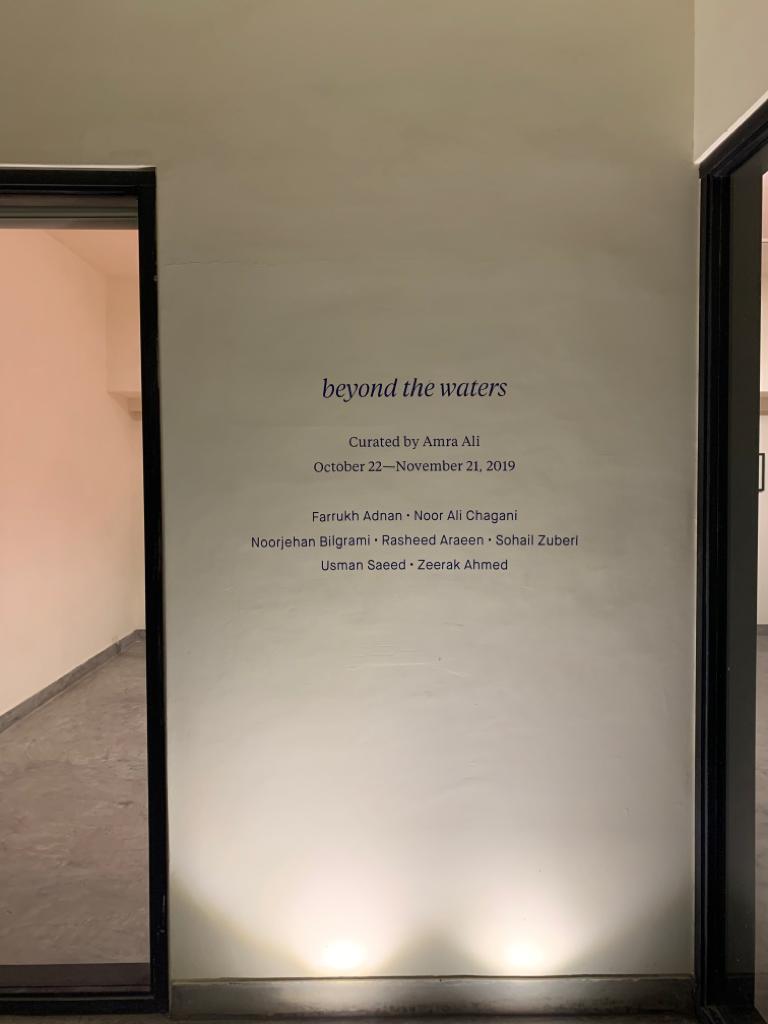 The show, curated by Amra Ali, opened in Koel Gallery on the 22nd of October, 2019, featuring works from Farrukh Adnan, Noor Ali Chagani, No

Meandering through the sparse divisions of the gallery, one finds themselves taken aback by the push and pull of the visuals within the space, often depicting fluidity or movement found in systems of water or rigid contrasts.

Araeen’s work ‘Chakras’ represent an “endless continuity” where it becomes part of the water body they were tossed into, they corroborate with the water’s movement and encapsulate nature’s flow, mimicking the narrative of the mass metropolitan waste that also finds its way in such a flow on a daily basis. The show also featured earlier works of the artist.

Sohail Zuberi’s collection of broken triangles is concocted through washed up debris the artist collected, shaping them “abstract representations of the fishing boat Horri”, attaining the ability to re-invent and re-arrange found objects. Noorjehan Bilgrami’s video work, Tasawur-e-Nir, depicts the physical processes involved in the making of indigo dye, amalgamating to form an ensemble of various elements embroiled in water.

Depiction of uneven landscapes serves to mimic the attributes of water within the gallery. Farrukh Adnan worked with pen and ink on canvas to create meticulous visuals derived from his study of the site of Talamba in the district of Khanewal, which served as a childhood playground for him. Noor Ali Chagani’s uneven structures of building material aim to narrate systems of deconstruction and decay, navigating through which becomes its own ever-changing journey.

The curatorial public talks will be held on 29th October, whilst the show is expected to run till the 21st of November, 2019.