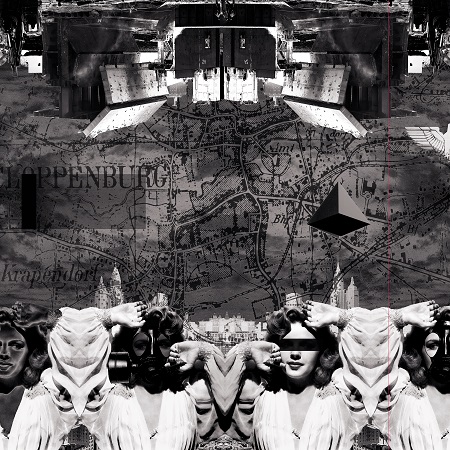 In The German Ideology (1846), Karl Marx and Friedrich Engels distill human society into two components: the base and the superstructure. The base con

In The German Ideology (1846), Karl Marx and Friedrich Engels distill human society into two components: the base and the superstructure. The base consists of society’s every observable economic relationship and the conditions that govern these dependencies: employee and employer, artist and patron, prisoner and jailer, exploiter and the exploited etc. In totality, these relationships define humanity’s condition of existence.
Above the base lies society’s superstructure, which includes broader concepts like art, culture, rituals, political systems, gender roles and institutions. The relationship between the base and superstructure is fluid and uncertain – both define, influence and control each other.
A selection of my work touches upon the movement and tension within the base-superstructure dynamic: What are the transmission symbols and tactics that each component uses to define and control the other? What are the disruption methods employed by each to trigger a shift, and who/what are the agents of change? What are the circumstances that lead to a transformation in this relationship? When does the base-superstructure composite breakdown, and who is determining the rules of engagement?
The images in this photoessay can be viewed as an inquiry into the role of religion, war, politics, cross cultural tension and popular culture (with an emphasis on film) as control and transmission mechanisms within the base-superstructure relationship. Of particular interest is the moment when the base gains awareness of the superstructure. An attempt is made to go beyond the superstructure, exploring alternative states and possibilities of human and societal consciousness.
———-
A graduate of New York University, Mo Shah’s works have been selected for group shows at New York’s A.I.R. Gallery, Abrons Art Center (Henry Street Settlement) and Diva. His most recent solo exhibition, Transmission Eternal,opened in April 2013 at the Drawing Room Gallery in Lahore. Originally from Lahore (Pakistan), Shah currently divides his time between New York City and Hong Kong.