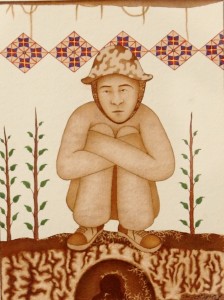 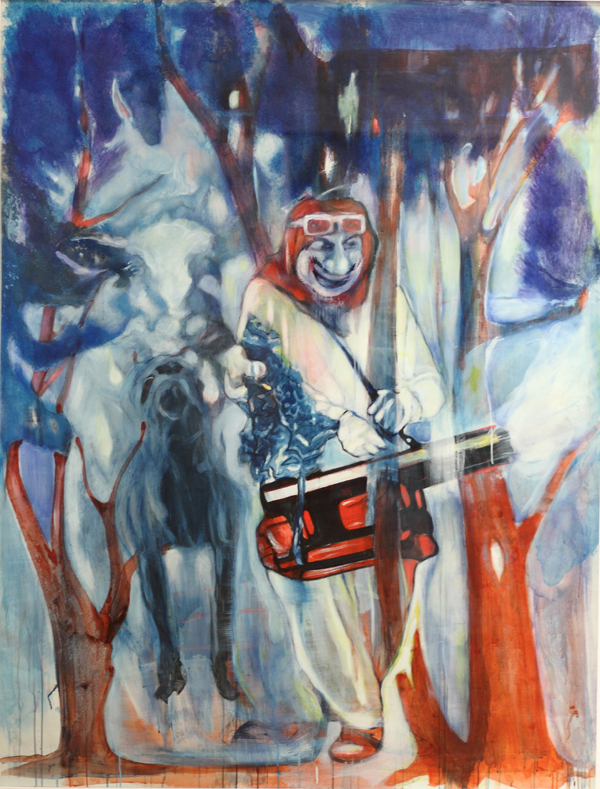 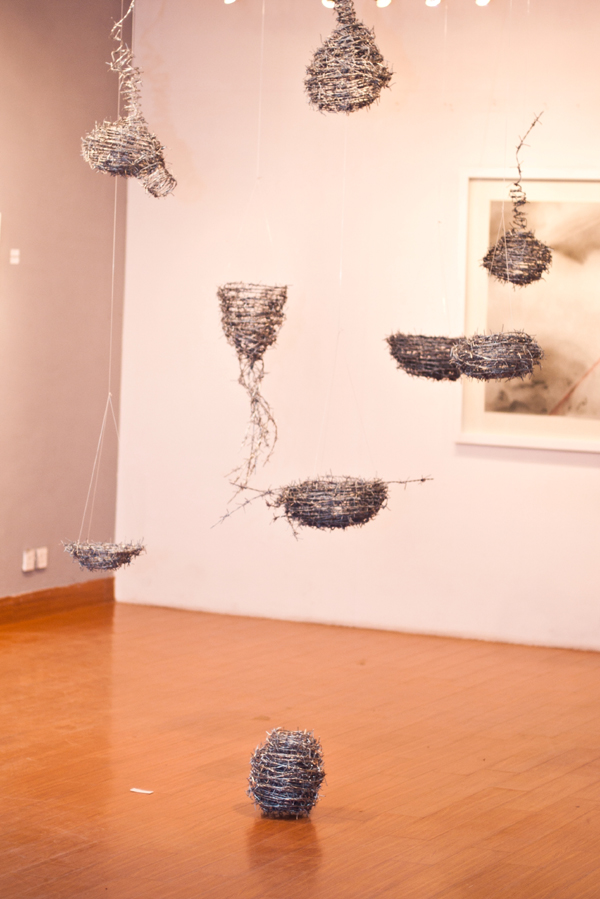 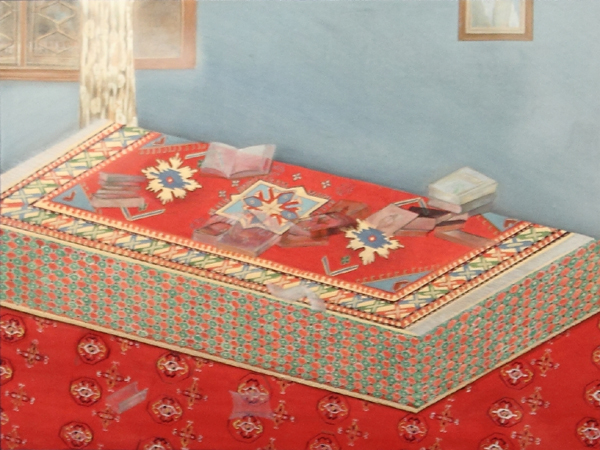 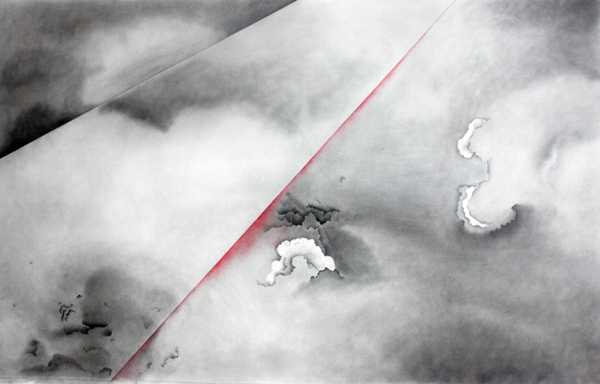 Art that Constructs on Destruction

In a tutorial with artist Paula Kane during my post-graduate studies, I felt augmented upon finding an unsettling relation of actuality and myth in her exquisitely rendered paintings. Upon my inquiring if the depiction of conventional standards of beauty could potentially hamper an artist’s intellect, she retorted with a simpler inquisition: Can a painted, pretty landscape symbolize a suicide attempt?

This idea to re-evaluate a preconceived set of values, as a means to tap into their dissimilar implications- got reignited recently upon a visit to a group show in Lahore, entitled P.S. {ART}. Curated by Seher Tareen, the show started out as her idea for a research project earlier this year, on the MA Applied Imagination course at Central Saint Martins in London. ‘An outright social intervention’ in her words, the idea evolved into a blog and an exhibition that incorporates works of five artists from the various war zones of Pakistan. The show was exhibited in Lahore at The Drawing Room Gallery from September 6 – 8 and in London at The Menier Gallery from September 25 – 29. Featuring works of Sajjad Hussain, Suleman Khilji, Suleman Mengal, Shakila Haider and Sajid Khan- this show aimed to present an immensely constructive perspective on notions of fear, conflict and persecution.

In Sajjad Hussain’s work, portraiture seemed to be concerned both with the reproduction of a social mask and the visual identification of the persona. In Still Waiting, the artist’s inner vision was revealed via the social expectations of the audience of this particular image. The suspiciously watchful eyes directed the expression while the tubular pattern, first adorning the head-gear of the portrait- in turn, seeped through the ground that the figure inhabited. Symbolizing an enduring resistance, the work seemed to embody the power of human intelligence.

Suleman Khilji’s work shimmered with radiance, yet imposed a certain amount of restlessness hightened with a flickering energy. Tentative and wickedly humorous, the works potrayed the untiring  power of creative mischief . The quality resonated in Sleeper, where a figure smirked unapologetically spraying away insecticides. Animating a whiff of confrontational waywardness, it seemed unlikely that the protagonist was in the mood to take his foot off the gas.

Struggling between humanism and humiliation, Suleman Mengal’s take on the validity of secure habitats was demonstated as nests- in an installation, coiled out of barbed-wire. The multidimensionality of his work challenged the comfort zones that are aspired to be called homes, producing a discomforting mesh of parallel visions. Hinting at a conclusive combination of opulent immediacy and open-ended perception, the installation provoked an equilibirium- calling for a mediation between screams and whispers.

In Shakila Haider’s work, emotive magnetism was boxed into angular obcessions, enacted with the paradoxical study of matter and spirit. Her work traced a contemplative stance on human loss with a rigurous exploration of ornamental devices. Unsettling the viewer, a painting depicted a study-room with translucently painted books and pages torn off from them- while another one highlighted an item of clothing. Commandingly suggesting an ethereal human presence, her work subtly underlined the ambiguity of contradictions between flesh and soul.

Sajid Khan’s work simplistically played on shadows and color symbolism, echoing seemingly weightless monuments that floated like celestial objects- creating an atmospheric motion. Although using minimalism at its core, the works established an effect that was monumentally maximal.

The show was collectively upheld with the exhibited works as an exercise of exhilaration, independence and clear-sightedness, meticulously contextualized and choreographed by the curator. Assembling the reactions to upheaval and genocide into sanctified objects of art, the effort was colored with perseverance. One hopes for more of these endeavors, where the aim seems to interiorize the external appearance and extract the core essence of materiality from its outer manifestation.