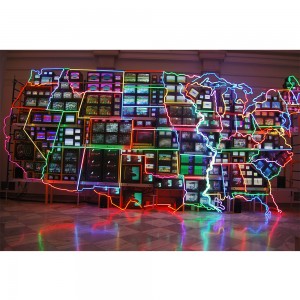 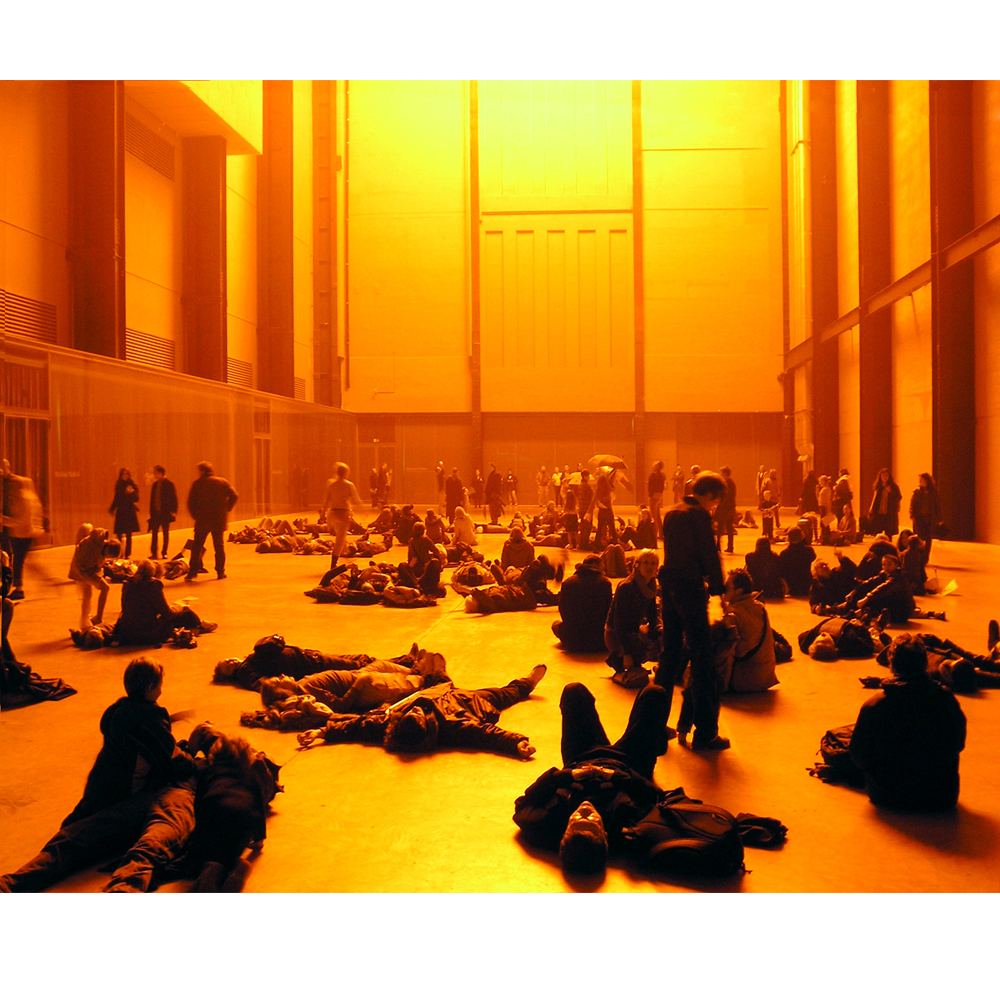 Art and the City

A city is not a museum. It is unlike any object of desire that can be preserved, or a collection of sorts on display in a cabinet of curiosity. We do however have city heritage museums in most of the historically prominent cities, even Lahore has one. Art on the other hand find its abode in art galleries. Art was never a very public thing, at least in our part of the world. It is generally believed that one needs a trained eye and a cultured mind to enjoy and appreciate art; can we say the same about cities? Is there anything common between art and cities? Are city museums the best way to understand the very entity they represent, much like art in galleries? Do they have similar purpose and function?

Generally speaking, museums and art galleries are popular destinations on any tourist’s itinerary. A trip to any historical city is incomplete without a visit of its city heritage museum and major art galleries. What if, contrary to this conventional approach, the entire city or one of its public places is made to function as open air museum or art gallery? This might significantly alter the subject and viewer relationship in terms of placing the subject in the context of the very life from which it has taken shape. The viewer in this case might have a more involved and fuller experience. However, this is not a completely new and unexplored idea. It has been tried time and again since the beginning of modernism in the form of site specific installations and art exhibitions in public places. At times it is of temporal nature in the form of open air performances and theatre. The impromptu urban happenings are the most interesting ones as they completely transform the character of the city.

Across history and cultures, cities have served as a major source of inspiration for art, literature and theatre in terms of experience they have to offer and as a subject. For the purpose of initiating a discussion, one can unsafely say that there is pleasing art and there is intriguing art. Likewise the same argument can be extended to cities, that there are pleasing cities and there are intriguing cities. The relationship between the two: pleasing cities and pleasing art and intriguing cities and intriguing art might not be very direct though. However, one can safely say that the pleasing aspect pertaining to the aesthetic was a pre-modern phenomenon and intriguing, in all the vastness of the word is a modern attribute. One’s relevance and importance over the other might still be a matter of personal preference.

Artists and writers have always connected with cities of their origin or residence in one way or the other. These cities have either appeared as a subject in their work, or it has served as a setting or backdrop for their stories. This relationship might vary in its nature from one culture to the other. In some cases it might be direct and intense, while in others it is more oblique.

Baudelaire, the 19th century French poet introduced the idea of flâneur, a character who is an observer in the crowd, a casual stroller in the street who doesn’t have a purpose in the strict sense of the word. The flâneur in fact is the artist personified whose subject is modern urban life, its characters and their setting in the city. With modernism, the artistic and literary interest and source of inspiration shifted from nature and idyllic rural landscape to the life and energy of a modern city, with all its anxieties, shock and experience of alienation. Charles Baudelaire in 1857 expresses his impression of a changing modern city:

T.S. Eliot after sixty five years developed on Baudelaire’s poem as a progression of literary ideas and expression. He rendered modern London as distastefully over crowded, offensive and noisy with the River Thames symbolizing death:

“Under the brown fog of a winter dawn,
A crowd flowed over London Bridge, so many,
I had not thought death had undone so many.
Sighs, short and infrequent, were exhaled,
And each man fixed his eyes before his feet.”

Excerpt from ‘Unreal City’ from the poem “The Wasteland” 1922

For Eliot, the modern city is a wasteland and it symbolises the modern existential crisis, hollow, meaningless and removed from the essence of life. James Joyce in his novel “Dubliners” published in 1914 expresses modern Dublin as a city of paralysis.

Modern city and the freedom it allowed for artistic experience and expression was to some extent still limited by gender. Virginia Woolf expresses her experience of city in her literary essay “Street Haunting: A London Adventure” in which she is the unusual flâneuse (female flâneur) exploring London. Virginia narrates her feelings of anxiety and sense of alienation in the modern urban space. Her expression is based upon commonplace experiences that one would conveniently ignore. She on the other hand writes about them with observation, feel and sensitivity.  She might be exploring and redefining her femininity in the context of changing role and perception of the female in the modern city. Or, she might be exploring something deeper, the androgynous mind with which she explores the streets London.

“Clearly the mind has so great a power of concentrating at any point at any moment that it seems to have no single state of being. It can separate itself from the people in the street, for example, and think of itself as apart from them, at an upper window looking down on them. Or it can think with other people spontaneously, as, for instance, in a crowd waiting to hear some piece of news read out.”

“Clearly the mind is always altering its focus, and bringing the world into different perspectives.”

Discussions on the nature of cities in terms of gender have often appeared in literary texts. Are some cities masculine, some feminine? Or borrowing S. T. Coleridge expression, they are “androgynous, resonant and porous…naturally creative, incandescent and undivided”.

We now shift our focus to Lahore for a more contextualized understanding. Munir Niazi expresses his feelings of estrangement about modern Lahore:

She may arrive at last

On the crest of a wave

Hidden within a leaf

In the song of a bird

In this noisy house

Or in dawn’s cosmic grace

And when I meet her

I may say it

Something I once said

In a strange town

Lahore, to use William Glover’s expression, is like a spatial and cultural palimpsest; it has layers upon layers which makes it a city of cultural and artistic significance.  It carries a burden of history that is not ignorable. Like a very old art object, Lahore has accumulated the patina of time. Its streets are labyrinthine and spaces obscure, making it an ideal city for the flâneur to explore. Lahore might be pleasing at places; by and large it is of intriguing nature with all its hidden mysteries and invisible charm that slowly grows on you as you indulge deeper. Mental maps are formed much like a palimpsest, clear, faded and half erased, connecting the idle stroller with its spirit.

Lahore is an impressionable city for writers and artists. It is traditional and modern at the same time. Its public spaces such as the Pak Tea House and the Coffee House echo of scholarly discussions fading into auditory hallucinations, making them into places of significance. These places, because of their very public nature became epicentres of new ideas and awareness. Lahore’s modernity originated from these places and transformed the mind and temperament of the city. Its political consciousness evolved from these areas and resonated in its public life. This consciousness found its most appropriate expression in the modernist literary works focusing on public life in the city and its very cosmopolitan nature. Lahore has been a subject as well as a backdrop of a number of literary works of value, starting with Rudyard Kipling’s “Kim” to Pitras Bukhari’s “Lahore Ka Jughrafia”, Intizar Hussain’s “Thandi Sarak” and numerous short stories by Saadadat Hassan Manto provide a glimpse into the urban culture of Lahore.

Lahore became the hub of cinema culture after partition and a number of prominent names associated with this industry migrated from Bombay to Lahore. The Taxali area in the walled city was known as the Chelsea of Lahore because of regular meetings of writers, directors and people belonging to the film industry.

Let’s look at the popular expression of life in Lahore, in its crude, yet most direct and powerful form. Roland Barthes in his essay “The World of Wrestling” argues that “wrestling is not a sport, it is a spectacle”. If we glance over the cultural life of Lahore, from historical to the present, it appears to be revolving around the very idea of the spectacle. It is perhaps the most immediate form of theatre, transforming the public space in the city into an arena, a stage where everyone is simultaneously a spectator and a performer. The character of its flâneur (not leaving out the flâneuse who is an equally important character, though discreet in her act) could be best described as that of an onlooker who is perpetually on a lookout for a spectacle and is never disappointed.

Lahore is an exhibitionist city. During the pre-colonial times it was dotted with wrestling arenas inside the city as well as outside along the Ravi and Minto Park. Some have survived till today but their nature has majorly transformed from epical to nostalgically tragic. Wrestling was a spectacle of sorts in Lahore. These contests were held in the city’s central places and involved theatrics in the backdrop of music. The procession and ceremonial appearance of the wrestlers was followed by intense contest which used to be more surreal and melodramatic in nature. Everyone used to be involved as characters of an epical drama, experiencing range of emotions with its built up, climax and the drop scene. A more recent form of this spectacle, though totally unplanned can be experienced in the street fights of Lahore. Normally resulting from a traffic accident, a crowd would gather around the scene in no time with many onlookers eventually getting involved and becoming part of the brawl.

The highest numbers of car accidents at one time in Lahore were recorded on the Abbot Road. After a careful analysis it was discovered that these accident were caused by a distraction that was present all along the road, the cinema boards. This spectacle appeared in modern Lahore with the emergence of cinema culture. Monumental figures of voluptuous women in powerful yet suggestive poses, painted in garish colours and almost tearing out of the image seem to challenge the onlooker’s masculinity rather than satisfy it. This spectacle took on a new form in the advertising images on huge publicity billboards across the city, yet in this case the expression was right opposite despite an even bigger scale.

Death of a city is necessary for its artistic rebirth. Lahore, drowned in its own stream of consciousness purges itself on the funeral pyre lit by its madness, only to be resurrected all the more delightedly.

A city is perhaps a museum, a musée imaginaire.