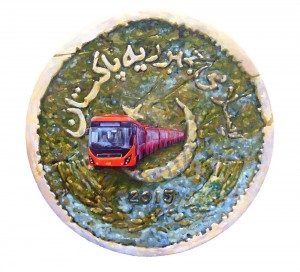 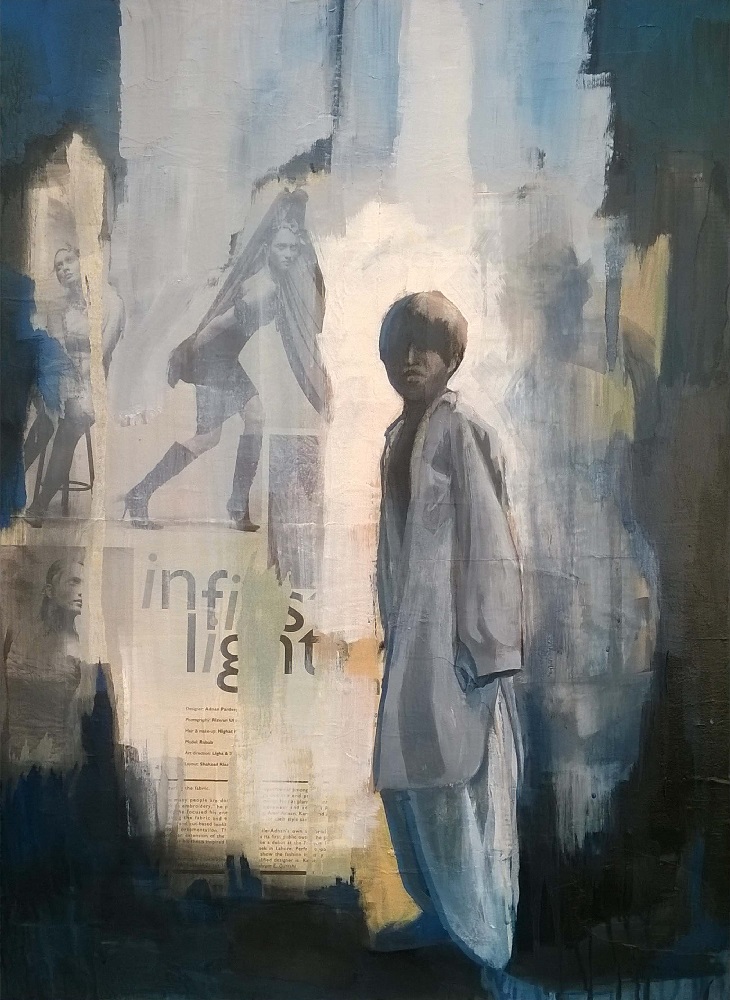 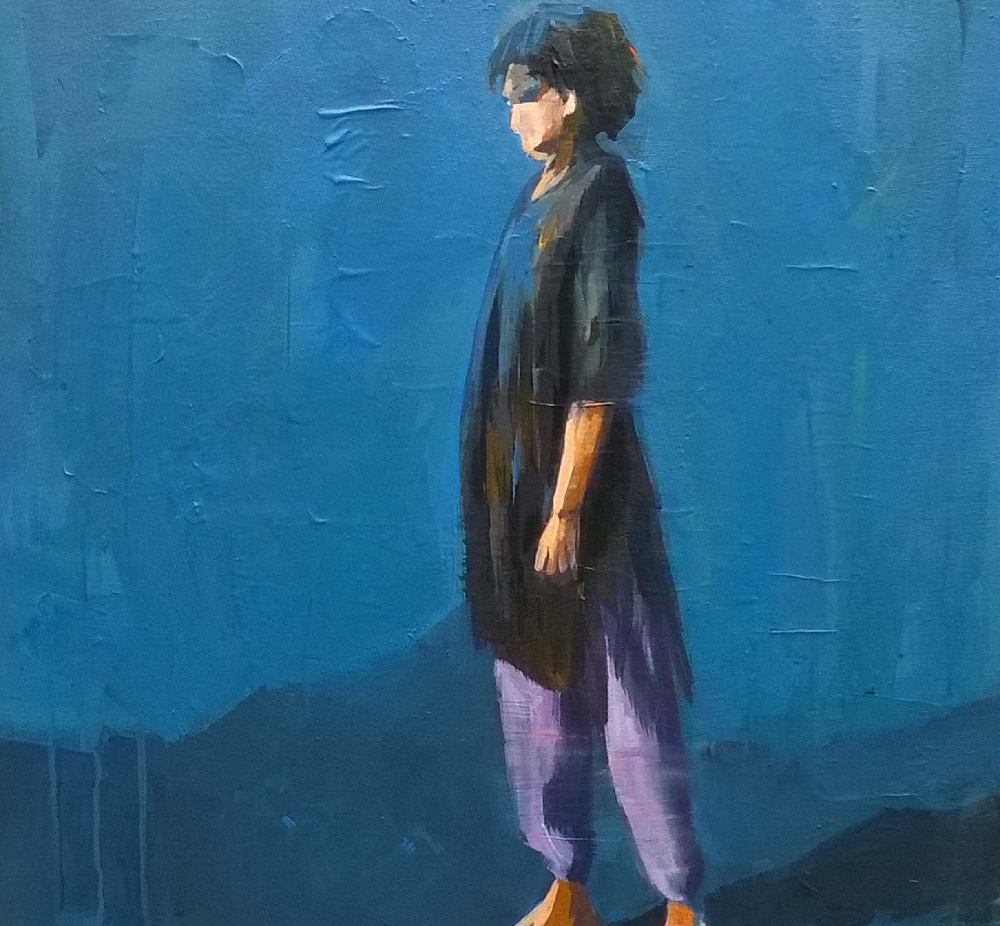 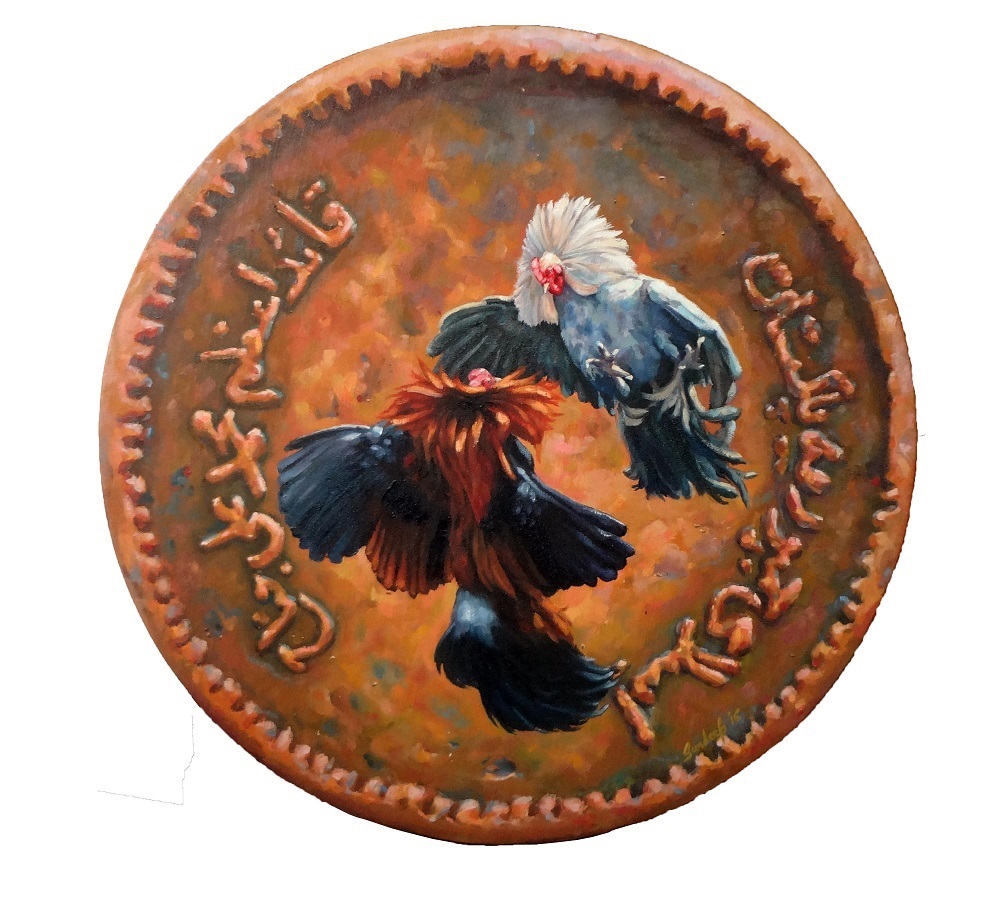 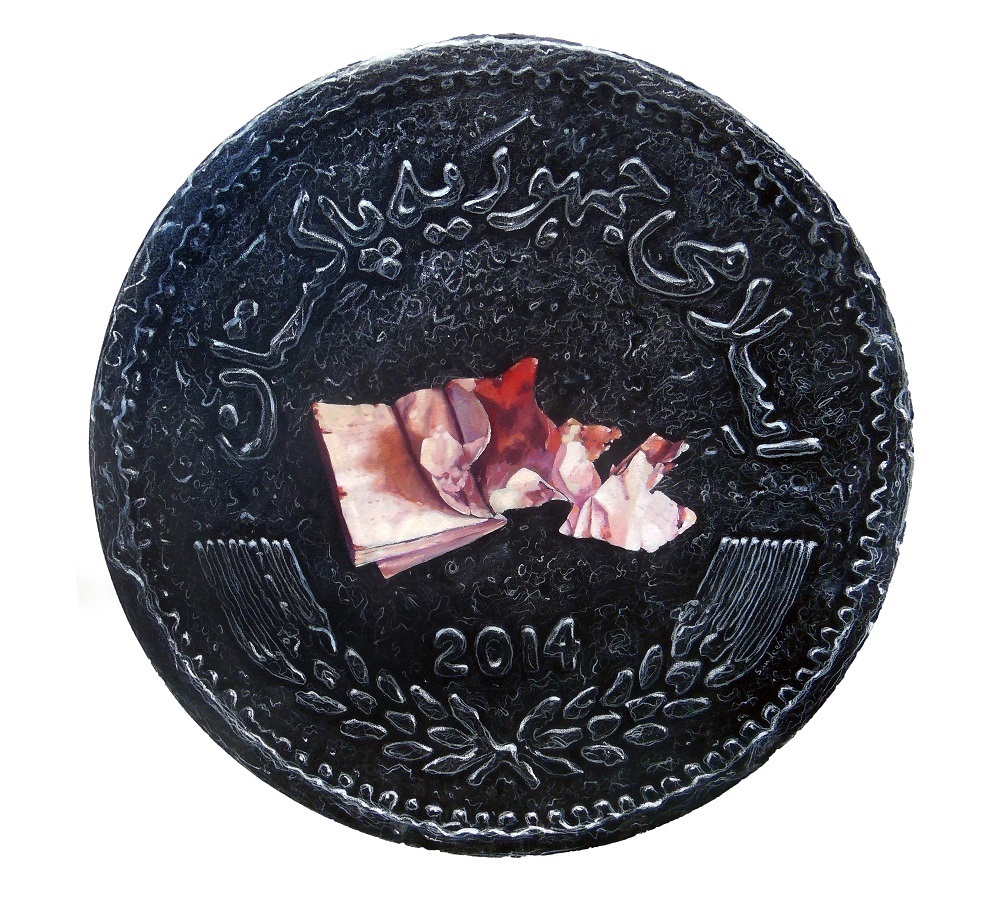 How can a person not react to the turmoil that engulfs one’s society? A nation that is overwhelmed by the glut of sorrow, poverty and abject failure? No matter how impermeable the bubble, one cannot overlook the growing affliction or drastic changes that take place in one’s environment. Artists that are considered to be “sensitive individuals” definitely cannot. Thus these elements tend to seep into their creations. Two such artists are Sundeep Kumar and Arsalan Naqvi. Their show “Amnesia” opened at My Art World, Islamabad on January the 13th, 2016 starting a new year at the gallery.

Somewhere within the socio-political context of the work, lies the artists’ concerns related to their own lives, making it more than an impersonal documentation of the community but also an exploration of themselves as individuals within it. Sundeep Kumar has defaced coins to bring forth his narrative. The face of the “father of the nation” has been stripped off to make room for the memories and moments of the artists’ life. Thus, replacing the country’s  history by his personal past.  Sundeep’s images more than depict the Pakistani lifestyle; it shows the degradation of society. The visuals quietly push forward the dark aspects of the society; some being very straight forward – like decimated structures, others rather subtle such as the aggressive sport of cock fighting or the “Red Bus” the inauguration of which infuriated many.

There is an inherent irony in the imagery. The coin that represents wealth, prosperity and progression has been made the background of the demise of society. The artist seems to have disconnected from the history that is portrayed through the coin. It is no longer about Pakistan- the country conceived by Jinnah, it is about Pakistan – the country where one fears for his future.

Furthermore, the artist’s ability to flawlessly paint his subjects gives the painting the feel of a digital print. Sundeep’s “cock fight” and “red bus” possess a beautiful three dimensionality. The animated nature of the image is beautifully set against the flatness of the paint. One has to admire the artist’s close inspection of the surface of the coin and ability to recreate it in a much larger size. His paintings might not be the most glamorous or the most unconventional but do have the ability to connect to a large audience, making him stand out among the 2015 graduates of CEAD (Centre of Excellence in Arts and Design) Jamshoro. The artist shows a lot of promise with each exhibition as the new collection seems to have a certain maturity and appeal lacking in his initial work. Kumar touches upon several issues or incidents that affect not only him but the public at large, keeping his viewers curious as to what he’ll be revealing next.

Arsalan Naqvi, an artist who is known for recreating the streets of Pakistan upon his canvas takes up a common subject yet conjures up artworks one would like to see. However, the artist does not show the same carefully constructed compositions in this show. His images show a job that is rushed or rather carelessly executed, disappointing his admirers.

However, his painting “Harbingers” was worth admiring. In it, he converted normal everyday imagery into emotionally inundated imagery. The crows doused in red colour make a particularly harmless bird assume a threatening quality. The crows emanate strong wisps of emptiness and isolation; primarily considered as human emotion. However, their representation through the crows seems more powerful then when depicted by humans themselves. The artist does not use histrionic imagery to show the despair of the poor or homeless. He is not trying to be didactic, he simply tries to bring the viewer in contact with what he has possibly overlooked- the people that are all around us and yet have been forgotten.

Shameen Arshad is a graduate of the National College of Arts, Lahore. She is an artist, curator as well as a freelance writer for ArtNow and The Missing Slate.