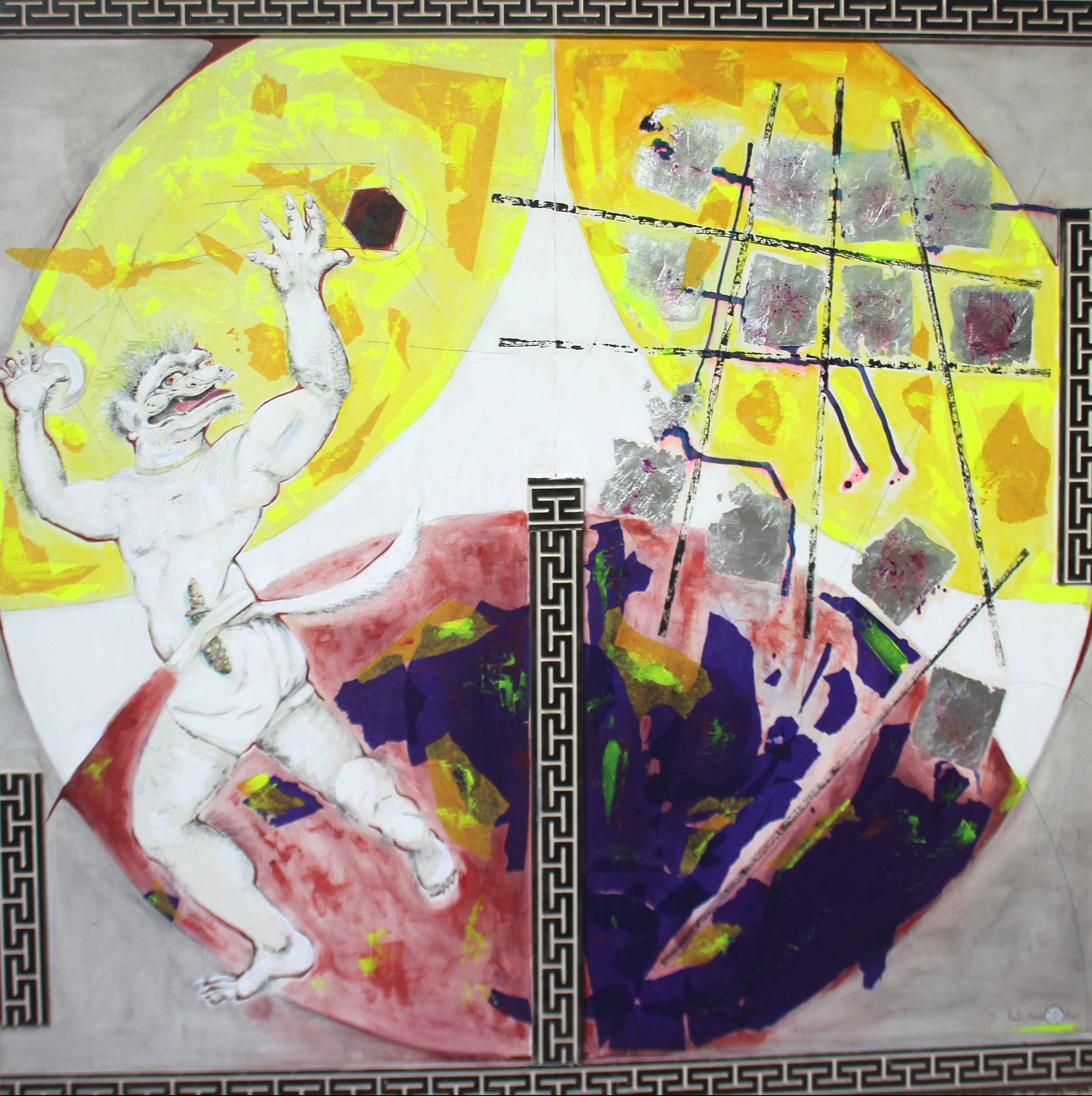 “Amid those scenes of solitude...the mind is cast into the contemplation of eternal things.” Thomas Cole.   Artists are among those pe

A.S. Rind
Lost In His Own Garden
Labyrinth

“Amid those scenes of solitude…the mind is cast into the contemplation of eternal things.” Thomas Cole.

Artists are among those people whose work requirement is ‘isolation’. An artist lives more than half of his/ her time in isolation to bring out the most amazing, mesmerizing and unique work to astound people. Alienation has also been a popular theme in the history of art; painting of a solitary figure, photograph of a barren landscape, somewhere the beauty of alienation is depicted in arts in various ways by many known artists to past and of today as well. So it would not be wrong to say that artists understand loneliness better than anyone else.

Especially in the modern world, figures don’t have to be by themselves to feel isolated or alienated. Impressionist painters like Edgar Degas portrayed figures who were surrounded by people yet entirely bored and alone, a theme picked up some decades later in Edward Hopper‘s Nighthawks. Vincent van Gogh and Edvard Munch alluded to their own as well as others’ isolation explicitly in chilling portraits, often produced in series

As I walked into the gallery, I could see astounding art works hanging still yet complaining about the unheard isolation and the horrors one has to face being isolated and lost in loneliness in a world where there is so much of noise.

A young artist, Anum Lasharie displayed two beautiful oil paintings on canvas titled ‘Lump in my throat II’ and ‘Goodbye to happily ever after’ which were simple but helped people understand the fake side of this world. She says that we have been fooling ourselves in so many ways that we have forgotten or misguided to the path which is right. “We realize just how the world is when we peel back layers of surface normality and discover that nothing is to be taken for granted”. She added.

Anum believes that the limitations – cultural and social – are man-made and we try to please people by living our lives according to them and their rules, which is a burden. But we as human are all free and these restrictions take away the true essence of life by the passing years of our lives. She describes the perplexity of believing the present and taking for granted the past.

Annem Zaidi work titled ‘Resistance’ was an oil paint on canvas. The artist drew Tyrion Lannister, an alienated character in a famous TV show, Games of Thrones, who, she drew; hand cuffed and seemed like begging for mercy or freedom. It depicted the helplessness and misfortune of Tyrion. According to the artist, “Even after Tyrion’s birth in a powerful family, he is forced to assume roles which were not in line with his lineage and upbringing”. Annem described alienation as a state in which an individual has to come out of the comfort zone due to the circumstances, which are not in our control.

Babar Moghal’s two uniquely interesting oil paintings were the power packs in the exhibition. Babar painted an alienated post box with oil paint on canvas, titled ‘Alien’, which looked like an old post box, dusty, webbed and untouched since ages. The other piece was also an oil paint on canvas, which was an abandoned, old and dusty auto rickshaw, titled ‘Derelict’. The artist says that only we, the humans, share the essence of life. We know that we are alive, breathing and one day we would die. But nothing in nature realizes that they are alive and living a life neither they are worried about losses. “We are not from here. If we vanish tomorrow, no organism on this planet would miss us. Nothing in nature needs us.”

Manizhe Ali came up with a strong and powerful depiction of alienation. One of her two paintings was brass and oil paint on MDF board titled ‘the jinns: of hope and other diseases’ that depicted a demon or Satan with whom there are and will always be horror stories connected. There is an amulet made with golden words written on it to show that one wears an amulet for a specific reason, maybe to stay safe from these creatures but what if the lines drawn on the magic square collapses and the words falls down? Manizhe therefore says that maybe we alienate ourselves from the environment.

The other was an oil paint and gold leaf on MDF board, titled ‘One dead baby in golden womb’. As the title says, Manizhe drew twin babies who were shown ready to come out of the golden womb. In the golden, one baby was shown dead and the other shown alive. The womb was painted golden to show the strength given to a woman to give birth to another human. The painting showed the power of a woman at the same time the misfortune of the baby who would be dead when would come out of the world.

Manizhe described that how the journey of loneliness and alienation can begin when the other baby is not even came in the world. She said: “ The feeling of ‘otherness’ can begin in the womb when one baby dies and no one realizes that there is one more baby who is sharing the womb”.

Another artist, Paul Mehdi Rizvi, depicted that how powerful an amulet or a magic square could be that a Jinn is stealing the rationale of a magic square. His work was acrylics, paper and wood on canvas.

Other two amazing oil paintings were of Scheherezade Junejo titled, ‘Faceless’. Her paintings are mostly monochromatic yet held great details. Face is the identity of an individual but the figures drawn in her paintings were faceless. The faces in both the paintings were missing depicted the lack of individuality among human. The personalities we adopt and the identity we have is just to gel in the society that has gradually made all humans an alien.

Both the faceless figures were dominated with grey tone. Between the two paintings, one figure was covered with a red draper and the other was shown covered with the same grey tone on a black background. The drapery represented inanimate objects therefore the genders could not be identified.

Scheherezade’s paintings are mostly in muted tones; black, white and grey. She uses these colors to point out the lost distinctiveness, uniqueness and charisma each individual could have which have been snatched from us from our own kind.

As Scheherezade puts in: “The characters I paint are representatives of the display accorded to being presentable and acceptable in society”.

Shiraz Malik’s art work was oil on canvas titled ‘Let’s play taboo’ where there was a figure painted on canvas whose face is hidden and the leg is held with his own hands. The artist kept dark and muted tone in his painting.

The other painting titled, ‘Corporate slavery’ was graphite on paper and one of the unique work explaining alienation. The artist beautifully depicted the hustle bustle of life by showing small, faces and random pictures. There was a big figure drawn in a tiring sitting position whose face was hidden which portrayed the tiredness and isolation in this fast life.

Alienation is deeply embedded today where forces of his/her own creation dominate a human. We, humans, have now become habitual and familiar of this term. As Karl Marx theory of alienation describes the estrangement (Ger. Entfremdung) of people from aspects of their Gattungswesen (“species-essence”) as a consequence of living in a society of stratified social classes”.