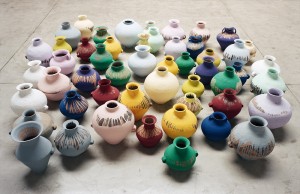 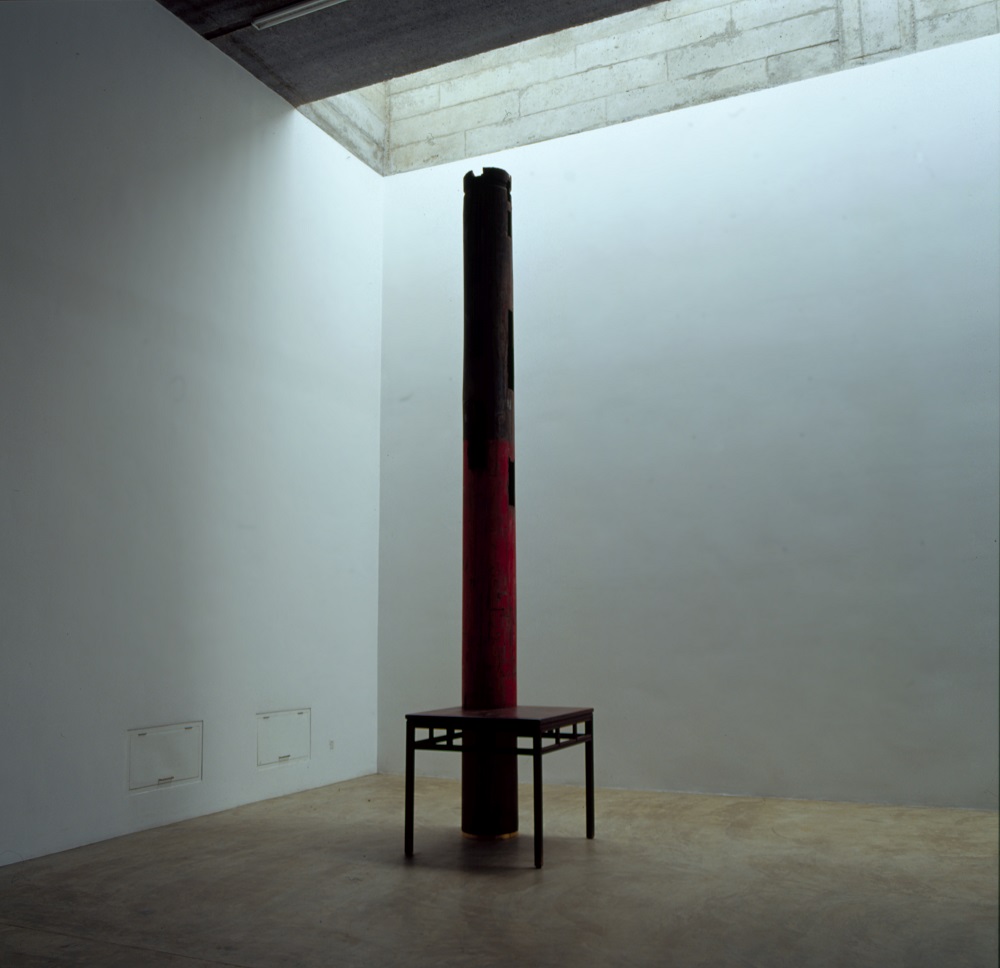 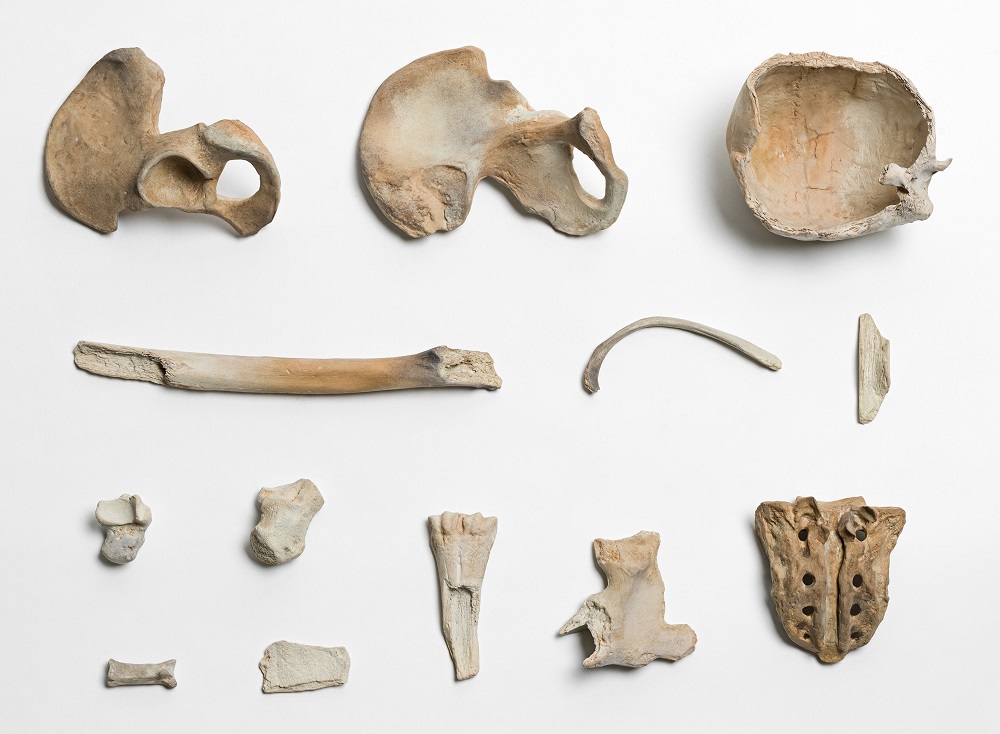 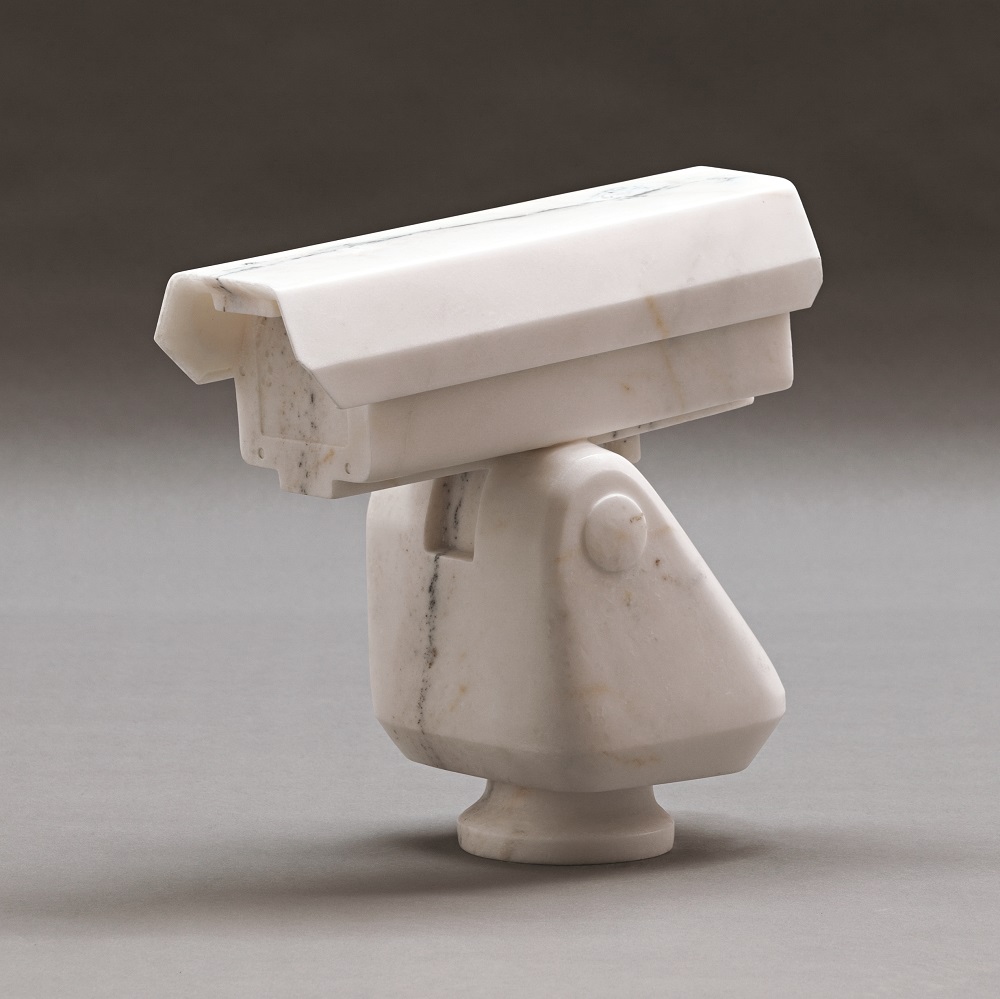 A thicket of reconstructed trees greats visitors as they enter the Royal Academy’s courtyard. The work, entitled Tree (2009-10, 2015), is made up of discarded pieces of bough collected from the mountains of southern China. Its medium reverbs within the open space, subtly echoing the artist’s manifesto. The disparate parts interlock and fuse, as the eight simulacral structures create a cohesive whole. Together they boom a visual commentary on the way in which geographically and culturally diverse people unite to form ‘One China’. Simultaneously playful and searingly political, Tree sets the stage for Ai Weiwei’s retrospective exhibition at the R.A.

The show opens with a collection of Duchampian ready-mades – a deft homage to the late avant-garde artist. Ai’s choice of material is deeply anchored within the nation’s past, lending a human dimension to conceptual art. Qing dynasty tables and stools, and other humdrum objects of Chinese daily life morph into whimsical sculptures that are at once aesthetically appealing and utterly useless. His masterful interventions skillfully subvert each piece’s primordial function, as its symbolic power quickly transcends and eclipses the power of the original object. In their apparent fixity, their form is remarkably malleable. It is through this creation of a new form that the artist probes and mutates the parameters of value.

This theme is perhaps most apparent in Ai’s 1995 iconic artwork, Dropping a Han Dynasty Urn – a Chinese take on an archetypal neo-Dadaist gesture. While the emblematic significance of the photographic triptych is frequently nullified by the artist who refers to it as a “silly act”, it vehemently points to the willful demolition of China’s historic buildings and antique objects throughout the decade following Mao’s announcement of the Cultural Revolution in 1966. With this simple act of destruction, the 2,000-year-old vase sees its narrative reborn, as its figurative value surpasses what it once was. Juxtaposed against Dust to Dust (2009), Coca Cola Vase (2014) and Coloured Vases (2015), Dropping a Han Dynasty Urn highlights the palpable tension that exists between the old and the new. In Ai’s own words: “I think by shattering it we can create a new form, a new way to look at what is valuable – how we decide what is valuable.”

This act of reappropriation underpins the narratives of political discourse that run through the gallery space. Straight (2008-2012) – a mammoth installation made up of ninety tons of bent and twisted rebar clandestinely collected from the jerry-built school buildings that collapsed during the 2008 Sichuan earthquake – commemorates the 5,000 children who died there. Both ghostly and eerily affecting, the installation is flanked by two large wall panels naming the victims of the catastrophe. Its effectiveness resides primarily in its facture process, namely the quasi-devotional act of flattening by hand the warped metal collected from the ruins. Tides of rusting bars culminate to create an undulating landscape within the white cube. Its form subliminally alludes to seismic waves, while also commenting on the substandard building methods employed by the regional government.

Achieving a poised balance between poignancy and criticality, Ai Weiwei’s choice of medium, technical virtuosity and near-compulsive repetition lend the works their aura. From his muted ready-mades to his belligerent later works, the retrospective as a whole is a brilliant tour de force and mise en abyme of the artist’s oeuvre, as each installation denounces various acts of state brutality and ultimately exhibits the political power of art.

Ariane Belisle is a London-based art advisor, curator and writer, specializing in post-war and contemporary art.