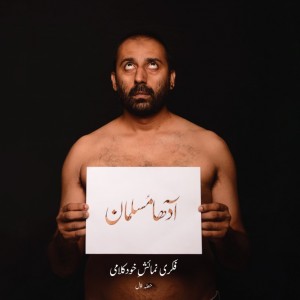 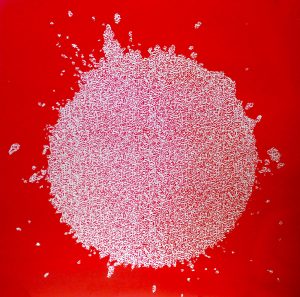 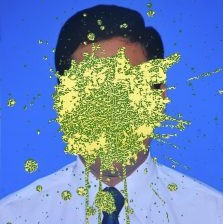 Bright glaring colours like reds and yellows used by Muneer made his works very prominent and direct. He conveyed the concept of faith by using Islamic patterns and Arabic scripture that appeared in most of his works, either in the backgrounds or building up letters to form words or objects. Examples of this usage were seen in the extraordinary ‘Qatra’ and ‘The 12 – ’ series in which there seemed to be a paint splash on paper, made solely of Arabic calligraphy and text. This concept was further extended by putting the same paint splashes on pictures of men taken from ID cards.

This exhibition continues till 19th November, 2019.