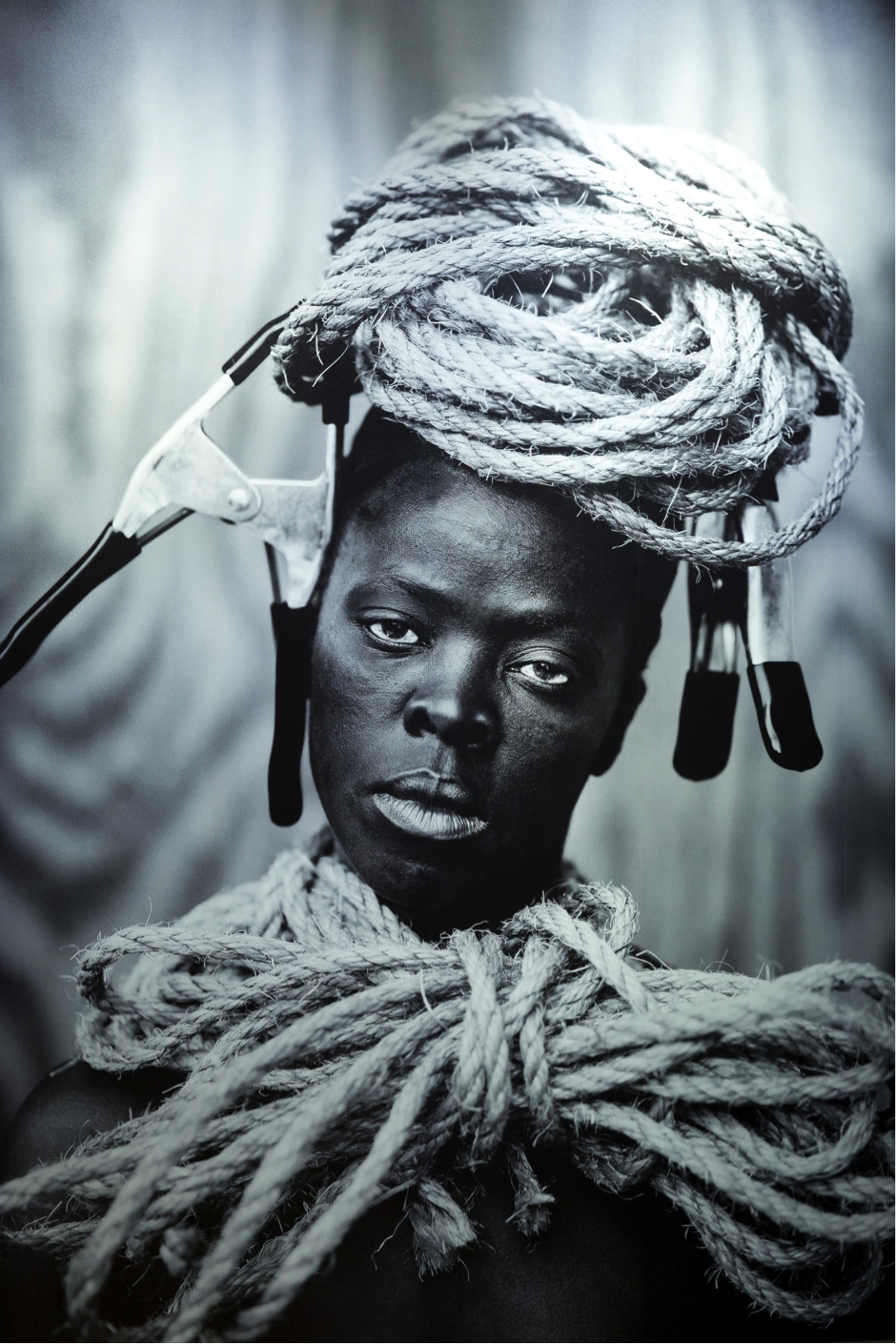 A Sheet of Paper Can Become a Knife

The exhibition title ‘A Sheet of Paper Can Become a Knife’ is inspired by a poem by award winning Tibetan writer, Tsering Woeser, whose cont

The exhibition title ‘A Sheet of Paper Can Become a Knife’ is inspired by a poem by award winning Tibetan writer, Tsering Woeser, whose continuing struggle against persecution and vehemence has been a source of inspiration and revelation for propagandists throughout the world. Her explanation of what is seemingly an average paper-cut proposes that nearly anything can swiftly become a weapon—mysteriously and without caution. Her poem resonates as an appropriate allegory for the contiguity and peril of destructiveness worldwide. The exhibition is curated by Selene Wendt for The Prince Claus Fund Gallery in Amsterdam featuring Regina José Galindo (Guatemala), David Goldblatt (South Africa), FX Harsono (Indonesia), Amar Kanwar (India), Naiza Khan (Pakistan), Teresa Margolles (Mexico), Cildo Meireles (Brazil), Zanele Muholi (South Africa), Oscar Muñoz (Colombia), and Newsha Tavakolian (Iran). All the stated artists whose work is featured in the exhibition are Prince Claus Laureates.

The entwined narrations of vehemence and repression expressed in this exhibition convey a deeply unsettling collective narrative of social discrimination. While the leading emphasis is on viciousness and domination in present-day culture, the inhumane heaviness of yesteryear emerges comprehensively at full length. The layers that evolve disclose outstanding resemblances amongst formulas of assault irrespective of the setting. Periodic topics incorporate gender intensity and the dominance of violence in opposition to women and children specifically. Suppression and investigation; and shared histories of war, military rule, and political oppression. The starred pieces moreover radiate light on the collective situations that follow up to assault, rampage and persecution in the first place.

Naiza Khan’s electrified steel armour mechanisms float in an equivocal territory between antagonism and persuasion. These sculptures expose an extension of Khan’s continuing ceremonial and theoretical exploration of the feminine body. The three works highlighted in this show, Armour Suit for Rani of Jhansi, Armour Skirt II and Cage Corset are characters of emancipation that also question archetypal perceptions of feminineness by forming unconventional chronicles through parable. These creations are positioned in an enigmatic space in between, where the delineations of the female form are noticeably demarcated. There is an unnerving eminence to the steel bodices, skirts and dresses that in some such way appear to imply the precise instant when seduction becomes antagonism. As ciphers of enablement these steel garments produce to attention the valour of female warriors, such as the Rani of Jhansi. She was one of the foremost characters of the Indian Rebellion of 1857 and became a emblem for Indian resistance in the face of British colonial rule.

Amar Kanwar’s Letter 5 (2017) is presented as an intermission for silent contemplation. The work is encompassed of six small projections that cast wavering imageries against small sheets of handmade white paper that float skillfully away from the wall. Decoding the pictorial poetry of short passages of manuscript together with mysterious black and white images that include a crow resting on a tree branch, a leaf wedged by the wind, and a configuration of clouds hovering in the sky. Letter 5 is part of Kanwar’s eponymic project, Letters consisting of seven different works (Letter 1 to 7). There is a direct correlation to Kanwar’s 2017 film, ‘Such a Morning’ in which a celebrated mathematician retires and then cuts his career short. He departs to the wilderness to live in an uninhibited train carriage and impresses himself into a compartment of blackness. ‘Such a Morning’ exposes a philosophical response to our present-day reality as it circumnavigates numerous visions between dialogue and stillness, distress and independence.

Looking at the uninterrupted topic of governmental domination, exploitation of power and military rule brings the work of FX Harsono who has been a vigorous critic of Indonesian politics, culture and society since his early student days in the 1970s. He often interlaces orientations to his own family history into mechanisms that expose Indonesia’s unrestrained history, paying attentiveness to the methodical bigotry of minorities. This is seen in his most recent work Gazing on Collective Memory no 1 (2016) presented in the exhibition. He has accentuated an investigational, conceptual approach, the use of everyday materials and an employment with social and political issues. Harsono is one of the founding members of Indonesia’s New Art Movement.

Teresa Margolle’s collective textile works are a deep-seated investigation of violence. For the textile work Dylegued/Entierro/Burial (2013) memorializes a native Kuna boy who was viciously murdered in Panama City. This piece was made in association with his family members in remembrance of his heartbreaking death. Using the traditional mola embroidery technique on fabric, this work is part of an entire body of work that relates to gender ferocity in Brazil, Guatemala, Mexico, Nicaragua and the United States of America. In dissimilarity to the seriousness of such issues the superbly sewn fabric relays a sense of hopefulness in the brightly coloured symbols such as the sun and the birds, the butterflies and flowers.

Zanele Muholi’s exemplary portraits have become tantamount with black, African, female, queer and transgender emancipation. In her continuing series Somnyama Ngonyama (Hail the Dark Lioness) she assimilates traditional portrayals of femininity, ethnographic symbols and the mechanism of fashion photography to tackle identity politics from a precarious standpoint. Muholi arrests the audience’s full and complete attentiveness through her commanding manifestation and reversal of the gaze. In this series the images contest conceptions of perceptibility and indiscernibility.

Through the exhibition the layers that unfold disclose outstanding resemblances between practices of violence regardless of whereabouts. Frequent premises contain gender violence and predominance of ferocity against women and children principally. Bowdlerization, martial directive and radical oppression are central aspects as well.