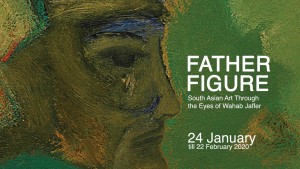 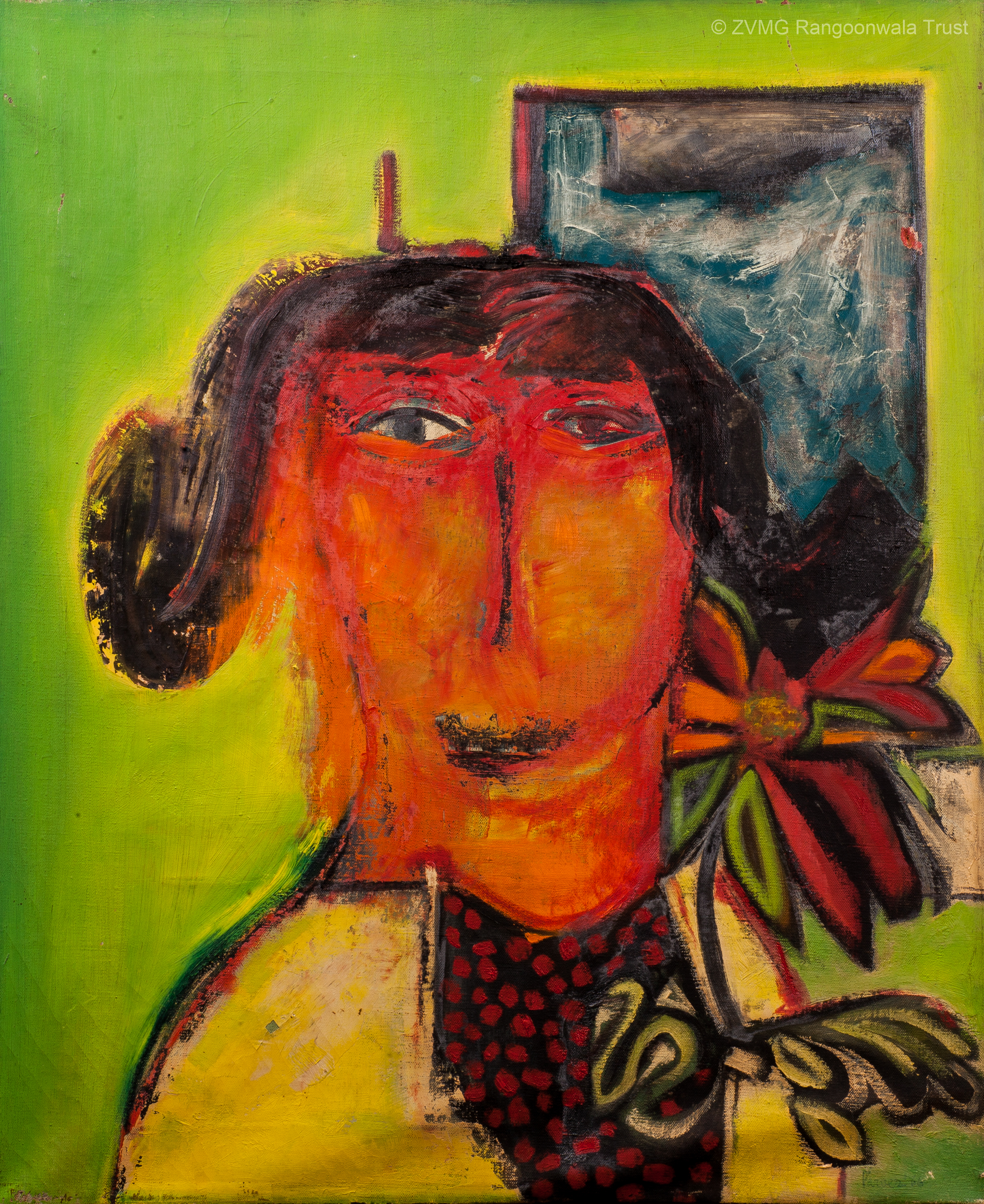 From the tombs of ancient Egypt to the private storage facilities and the overwhelmingly gargantuan galleries of today’s first-class museums, the tradition of art collecting is almost as old as civilization itself. Over the years, the practice of collecting art and artefacts adopted various meanings and purposes – often it was a necessity to archive, and in some circumstances it was a way to brandish social stature and cultural enlightenment. Nonetheless it contributed to the age-old legacy of the practice that is not only alive today, but is also more established, structured, and agile.

The recently opened exhibition “Father Figure” at the VM Gallery provides viewers a glimpse into the prized collection of renowned artist, Wahab Jaffer. The artist has not only showcased pieces from his collection but has also included his own works in the exhibition. By sharing this corpus of works, Jaffer not only educates the viewers on the history and inception of art collection in Pakistan and South Asia, but also invites us to understand and question the dynamics between the artist and the collector.

The exhibited works are thoughtfully selected. They come in from Pakistan, India, and Bangladesh, and span from those that entail figures or portraits to those that are more abstract and loud. Jaffer’s own works that are displayed alongside echo the same character as that in the works of his collection. By including his own work, the artist/collector also divulges his personal narrative – he reflects how his affection towards the pieces which he acquired as well as his frequent interactions with the artists propelled him to pick the brush himself. Years of acquisitions led to personal conversations and eventual friendship with the artists. Those artists later became his peers.

The fact that all the works come from Wahab Jaffer’s personal collection lends us his perspective on the pieces. We are able to not only achieve an intimate lens from which to view the artworks, but are also provided an insight on his rapport with these artists as well as on the frameworks of his mind that consequentially developed his penchant for certain aesthetics.

Ahmad Parvez’ portrait of a girl holding a flower is realised with a palette of warm, vibrant tones. His uninhibited use of colours elevates the animated nature of his subject. The artist has applied thick paint in some areas, and wiped the strokes in others. The in-depth engagement with the work is evident in his vigorous marks. In contrast to the spirited mood captured in his painting is the dark and sombre nature embodied in Bashir Mirza’s work. Mirza has painted a haunting portrait of a woman, and unlike in his later works, has refrained from putting on thick, singular strokes. Both works in their own ways arrest the viewer with their piercing gaze. One of the other works by Mirza is in fact a collaborative piece with Wahab Jaffer. With broad, unmitigated strokes, the artists illustrate a skeletal structure of a tree.

Anwar Jalal Shemza and Rasheed Araeen who are also featured in the exhibition display a flair for geometric intricacies. Shemza’s paintings give a nod to Islamic architecture and calligraphy. The stark outlines on the shapes give their presence more authority and permanence. Araeen on the other hand, leaves a monochromatic impression of a tessellation. The use of minimal colours and the distressed surface suggest the idea of impermanence. The complex patterns are nestled together and confined within a tight frame.

Artists like Nahid Raza, Zain ul Abedin, Sadequain, and Qazi Abdul Basit exaggerate the features of the subjects in their works. The artists emphasize the femininity of the female figures, reinforce the authority ascribed to the male subjects, and expose the bestial nature of animals. Quddus Mirza, and Francis Newton Souza distort the figures with their freestyle drawing while retaining the personality of their subjects. Through the sporadic dry brush application and the hasty, wavering lines the artists encapsulate and celebrate the energy with which they approached their works during its process.

From Mirza and Souza’s misshapen figures, Nahid Raza and Zuhoor ul Ikhlaq’s scratched surfaces, and Unver Shafi and Shakir Ali’s colour blocking, to Shahid Sajjad and Riffat Alvi’s relief works, and Syed Haider Raza and Ismail Gulgee’s gestural strokes and aggressive mark-making, the exhibition entails a vast spectrum of works. But perhaps what weaves these artworks together, as well as that of Jaffer’s, is how each artist displays extreme proficiency and assertion in their individual approach. Regardless of the medium and their distinct styles the treatment of the works dribbles with confidence, and that demonstrates why these maestros are highly esteemed in the canon of South Asian art and its history.

The premise of the exhibition also makes us inquire the relationship between the collector and the artist. While some may endorse that it is purely transactional, others may accept that often the bond can transcend into something more instrumental. It further opens the platform for a discourse on the hierarchy between the two agents – their influence, their authority, and their established parameters towards each other in this liaison. Indeed, the art of collecting art has significantly evolved over the years. In the present time when acquisition of artworks is more systemic and structured – one that is often treated purely as an investment gamble – it draws the question whether the kind of relationship that Jaffer had with his now colleagues can, or should, still exist between current artists and collectors. Nonetheless it is imperative for both artists and patrons to maintain a climate of mutual respect, trust, and privacy that despite the close dialogue does not adulterate the artist’s predispositions when it comes to their practice.

In the local art industry, most of the artworks that are acquired by patrons and avid collectors often end up hanging on private walls. These pieces are seasonally rotated with those works that are otherwise kept in private storage facilities. Unfortunately, the only exposure these artworks get is to the collectors’ limited social circle. And unlike in international sphere, they are seldom loaned to be displayed in fleeting exhibitions, let alone are accessible for any kind of documentation or research. In light of this, the concept of exhibiting Wahab Jaffer’s collection for public consumption is refreshing and quite rare. It is a model that should be followed more in order to serve one of the essential purposes of making art – which is to continually communicate, involve, and educe.