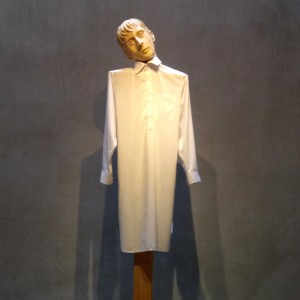 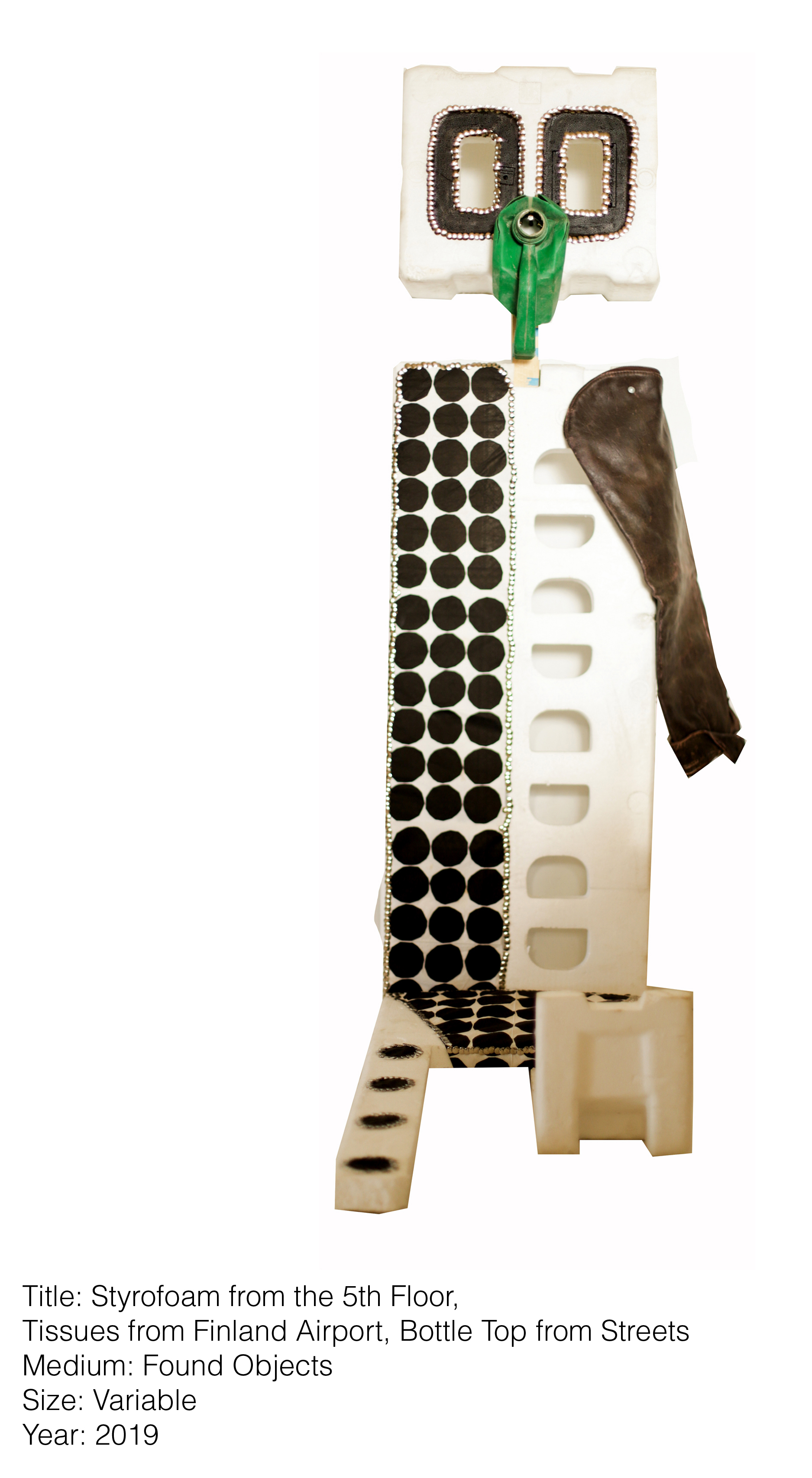 A group show by three multidisciplinary Pakistani artists titled “A Jumbo Alteration” took place at Canvas Gallery on 16th July, 2019. The show comprised of a body of work which addressed the individual concerns of the three artists, supported by visuals that created an interesting study of the objects with their respective subjects. The subject matter focused on themes such as, personality traits, individual observations and politics.

Ali Sultan’s visuals comprised of drawings which were observations made by the artist regarding imagined spaces and people. Taking the example of his visual titled Park Ride, it comprises of an indistinct drawing in which a man is shown to be riding a bicycle with trees in the background. What needs to be noticed about this particular image is its quality which is intensely grainy and faded, almost as if the visual is dependent on time. On the other hand, Talha Eating Imaginary Ice Cream out of an Empty Steel Large Ashtray comprises of an image which is seemingly made from a child’s perspective, taking the outlined drawing into consideration. To conclude, his visuals have a captivating quality to them, not only because of their language but also because of the artist’s scope of imagination which is evidently, that of a minor’s.

Sophia Balagamwala created paintings that focused on national heroes and histories, taking inspiration from fiction and children’s books. Through the use of distortion and a raw colour palette, the artist made farcical caricatures of places and figures which were not only influenced by political episodes but were perhaps, also a reflection on the biased narratives that children are taught through the local education system. The visual titled Monument of Monument shows the lookalike of Adolf Hitler standing next to a giant monument depicting his own face; this image was perhaps a comment on the romanticism of dictators and political leaders used for invoking nationalism, even to this day.

Her other visual titled The Mohatta Palace Lion is Moving Again depicts the statue of a lion beside which stands a supposed British officer; this possibly reflects on the fact that this particular statue was gifted to Pakistan by Queen Elizabeth. Having received a pair of these bronze statues, they have grayed over time and now are permanently on display at the museum.[1] The interesting aspect of this visual is its possible political context being portrayed as a comical story; the image depicting a moving lion could be made from the perspective of a child since it would be easier for him/her to grasp on to the narrative of the museum and its lion coming to life.

The third artist is Yasser Vayani whose sculptural pieces were based on the moments of anxiety he experienced while creating his current body of work. Dedicating his work to the episodes of panic which relentlessly launched attacks on his mind, Vayani’s visuals were made out of mundane objects and combined them together to create random compositions. An interesting piece by him was My Eid Kurtha, My Head Made in Sculpture Studio which evidently reflected on the artist’s state of mind; a tilted face is shown to be atop a shirt piece while the entire figure is erected by a wooden log, making the structure look edgy. This defines the artist’s thinking pattern; completely based on observation and raw, almost as if the artist is searching for himself through his work while dealing with personal conflicts.

Looking at this diverse body of work, these artists may have individual concepts but their visuals altogether shed light upon individual growth, which perhaps all three artists are trying to discover be it from a minor’s perspective or simply their own language; hopefully this exhibit will enable other emerging artists to discover their own individual narratives and language.