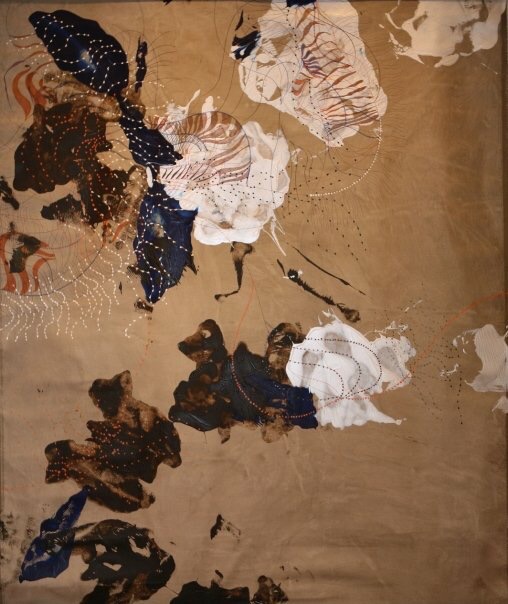 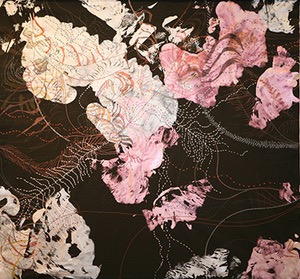 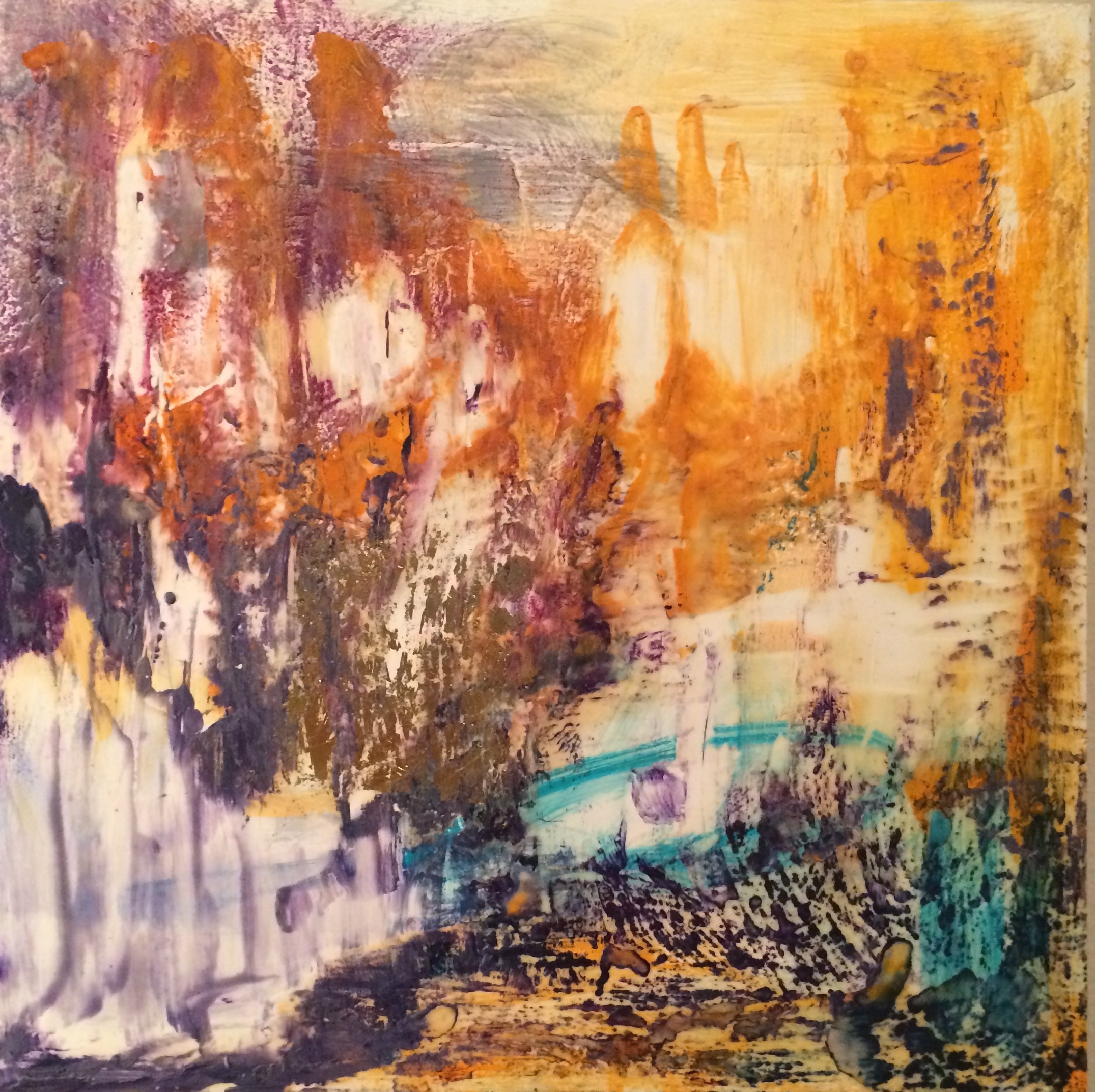 A Journey of Self-Discovery: Natasha Shoro

Natasha Shoro is an artist and educationist whose unique pictorial idiom has been acclaimed in exhibitions mounted in the USA, Pakistan and further afield. In 2007, she held a solo exhibition of her work at the Founders Hall Art Gallery, Soka University of America, and is currently preparing to return to the gallery in January 2016 with the series Essence of Being. There she will be showing her work with a display of photography with poetry by her daughter Anushe Shoro, in celebration of the 15th Anniversary of Soka University

In her work, Shoro creates an intimate fusing of elements addressing a journey of self-discovery describing spirit and substance in luscious colours and free flowing brushwork, creating abstract impressions with traces of figurative motifs. After several years of not exhibiting in Pakistan, Shoro’s next exhibit is planned to be held in Karachi in 2016.

Exploring the various influences that have manipulated her art language, one discovers that Shoro was born in New York with parental roots in Pakistan. She has travelled extensively throughout her formative years, experiencing diverse aesthetic cultures owing to her father’s career. Reminiscing now, she speaks of the years spent in Asia, Africa and Europe and the aesthetics that enabled her to integrate her blended Pakistani and American identity. These childhood years were to effectively colour her life and her work throughout her vocation.

In conversation with the artist’s parents, one discovers that from an early age, Natasha was deeply involved with art, visiting art centers and museums in countries wherever the family happened to be. She was enormously inspired by her surroundings, learning and winning prizes for art in the schools she attended. After completing her formal education, she focused entirely on her vocation earning a Bachelor of Fine Arts with honors and distinction from Iowa State University in 1991. In her own studio at that time Shoro began experimenting with translucent acrylic washes on paper and canvas, exploring the interaction between forms and the balanced movement of colour.

Shoro returned with her family to Pakistan in 1992, and held her first solo exhibition in 1993 at the Pakistan American Cultural Center in Karachi – then a thriving art center. In her work she expressed her fascination for exotica with ethnic design and geometric patterns in vibrant colouration expressing her excitement with mixed media watercolor, acrylic, pastels, oil crayons and graphite. Shoro’s work was described as “potent sparkling with mesmerizing patterns and gem like motifs.” A star was born.

The artist’s work drew the attention of the media and art enthusiasts throughout the country. Art galleries were eager to show her work and she was acknowledged as one of the most promising young artists of her generation.

More travel ensued when she married a like-minded young architect and moved with him to America where he set up his office. Shoro continued her art studies earning her Masters of Fine Arts degree from California State University, Fullerton, in Drawing, Painting and Printmaking. She began teaching while working for her MFA, and in her artwork created a series of paintings, working on layers of wall hangings on primed and unprimed canvases layered with diverse gold and silver images of intricate shapes. The work involved free fluid brushwork, almost thread-like fusing and weaving stitches together with mixed media.

Exhibitions followed in the USA and in Pakistan and further afield. She continued to experiment with space and media, and in 2013, Shoro spoke of her work involving encaustics, using a painting technique that involves adding pigment to beeswax, creating exquisite surfaces and textures on wood panel. “Encaustics allow me to do things that oil and acrylic do not and I am enjoying every moment. This method dates back two thousand years, with the earliest examples being Egyptian mummy portraits worked on wood,” says Natasha Shoro. The media allows the artist to use colouration and sculpt the wax.

Working as a professional fine artist and art educationist, Professor Shoro continues to paint experiment and show her work globally. She is also a dedicated educationist who in 2014 published a teaching philosophy. Speaking of the Spatial Identity series Natasha Shoro stated: “Drawing from memory through the manipulation of space, place and time, resulted in a layered overlapping, fused imagery, an understanding of self. The inner space represents my feelings. Within the fluid space, symbols that are almost in my subconscious state emerge as spiritual maps of my inner being. Translucent layers of random spatial imagery and overlapping emotions, evoke spiritual experience and shades, constantly moving not defined always evolving.”

In a review of the Spatial Identity series shown in the States, the distinguished art writer Roberta Carasso stated… “Like all Shoro’s art, they convey feminine and ethnic flavor magical wall hangings from an ancient culture…”

Shoro’s Soka University exhibition will close in April 2016, and later that year she is committed to mounting an exhibition of her work at the Canvas Gallery, Karachi. Already in Pakistan one perceives ripples of excitement from art enthusiasts. Natasha Shoro’s work is included in corporate collections that include the China Trust Bank of California Headquarters in Los Angeles; Vellani and Vellani law firm, and the Bank of Mashreq Pakistan, as well as numerous international, private and public collections.