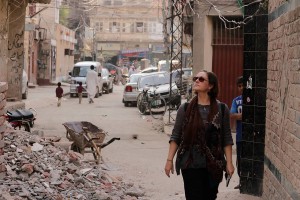 A Face-to-Face With Silence

Lahore Biennial Foundation’s resident artist Honi Ryan conducted a Silent Dinner party at Gawalmandi, Lahore on December 5, 2016 as part of her ongoing international project. She has conducted 36 of these dinners so far in 15 cities around the world. The number of participants ranges from anywhere between 2 to 200, and for the dinner held in Lahore, she invited 70 participants.

The Silent Dinner is a dinner party, like any other, comprising of a three course meal, except the guests are not allowed to speak, read, write or interact with technology during the dinner; and they have to stay for at least 2 hours.

These “social sculptures” highlight the changing social space between people in this digital era. A social sculpture transforms the environment or social fabric through human activity operating within a structure provided by the artist. The practice of framing art as a social sculpture is not new. The concept was first introduced by the German artist, Joseph Beuys, to advocate for art’s potential to transform society. 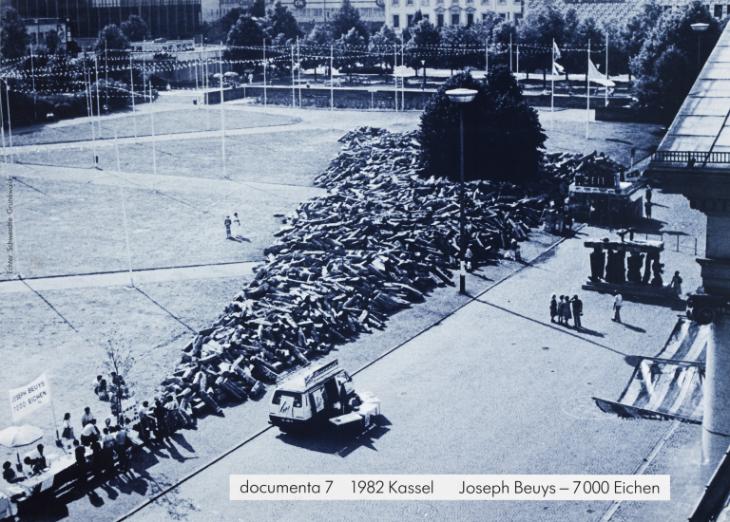 7000 Oak Trees 1982 Joseph Beuys 1921-1986 ARTIST ROOMS Acquired jointly with the National Galleries of Scotland through The d’Offay Donation with assistance from the National Heritage Memorial Fund and the Art Fund 2008 http://www.tate.org.uk/art/work/AR00745

In 1982, Joseph Beuys proposed to plant 7000 oak trees throughout the city of Kassel for documenta 7. He piled 7000 basalt stones in front of the Museum Fridericianum, out of which each stone was to be paired with an oak tree that was to be planted in a new location. The project took 5 years to complete and spread to other cities around the world.

Likewise, Honi Ryan’s Silent Dinner was a social sculpture, albeit a temporal one that existed for two hours and stretched across 71 human bodies. This stretch of time and space did highlight “the changing social space between people”, but that would have been highlighted in any other setting too. Then, what was the motivation behind organizing the dinner and what was particular about the given structure? We have two questions in front of us: what did she do and why did she do what she did? To find an answer we first have to observe how the structure affected the way people behaved during those 2 hours.

The participants were asked to dine in silence, but language was not silenced. To answer why, let us first define what language is. It is tempting to think of language as a way of verbal or nonverbal (for example, body language) communication, but this would be oversimple because language is much more than that. And if I was scandalous enough I would say language is all that is. Our consciousness is embedded in language, in fact it is nothing more than language thinking itself. The only duration during which a human being is beyond the reach of language is infancy when the newborn exists in a blissful state of wholeness, and before it is initiated into the symbolic, the entry into which is described by Lacan as the “mirror stage” during which the infant is forced to give up its sense of wholeness for a fragmentary existence inscripted in language. The Symbolic is a linguistic dimension. Language in the broader sense of the word cannot be silenced as long as the I exists.

As far as the Silent Dinner is concerned, even communication was not silenced since people gradually found new ways to transmit information. Then what difference, if any, did the framework make? I think the framework only unsettled the participants by taking away their primary mode of communication. The inability to use electronics (which meant that one lost track of time too) slowed down the participants and took away their biggest excuse for not acknowledging the presence of other human beings present next to them. As a result, the participants were pushed into unchartered territories where the only way to avoid thinking about the things we avoid thinking about was to acknowledge the humanness of the bodies surrounding them. But how do we acknowledge the humanness of a human being? We do so by looking, for example, at a pair of eyes not just as an organ capable of seeing, but by noticing the distance between them, by noticing how the iris responds to movement, how the lids lower effortlessly, how the lashes brush the wind, how the brow casts a shadow over them, how the eyes sparkle despite the shadow—by looking through the eyes and into the core that is the seat of the soul which forms the essence of a human being.

This is the face-to-face relationship that Emmanuel Levinas has in mind when he writes, in his 1995 book Alterity and Transcendence, about the ethical demand that the other’s face makes on the I during an encounter in which the other’s humanness is revealed.

However, this wonderful face-to-face existence only lasted for the first 20 minutes or so, before the participants got annoyed with their lack of shallowness and turned it into this little game of how to find ways of passing on information and cracking loud silent jokes.