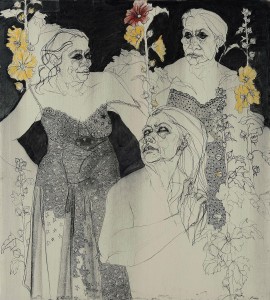 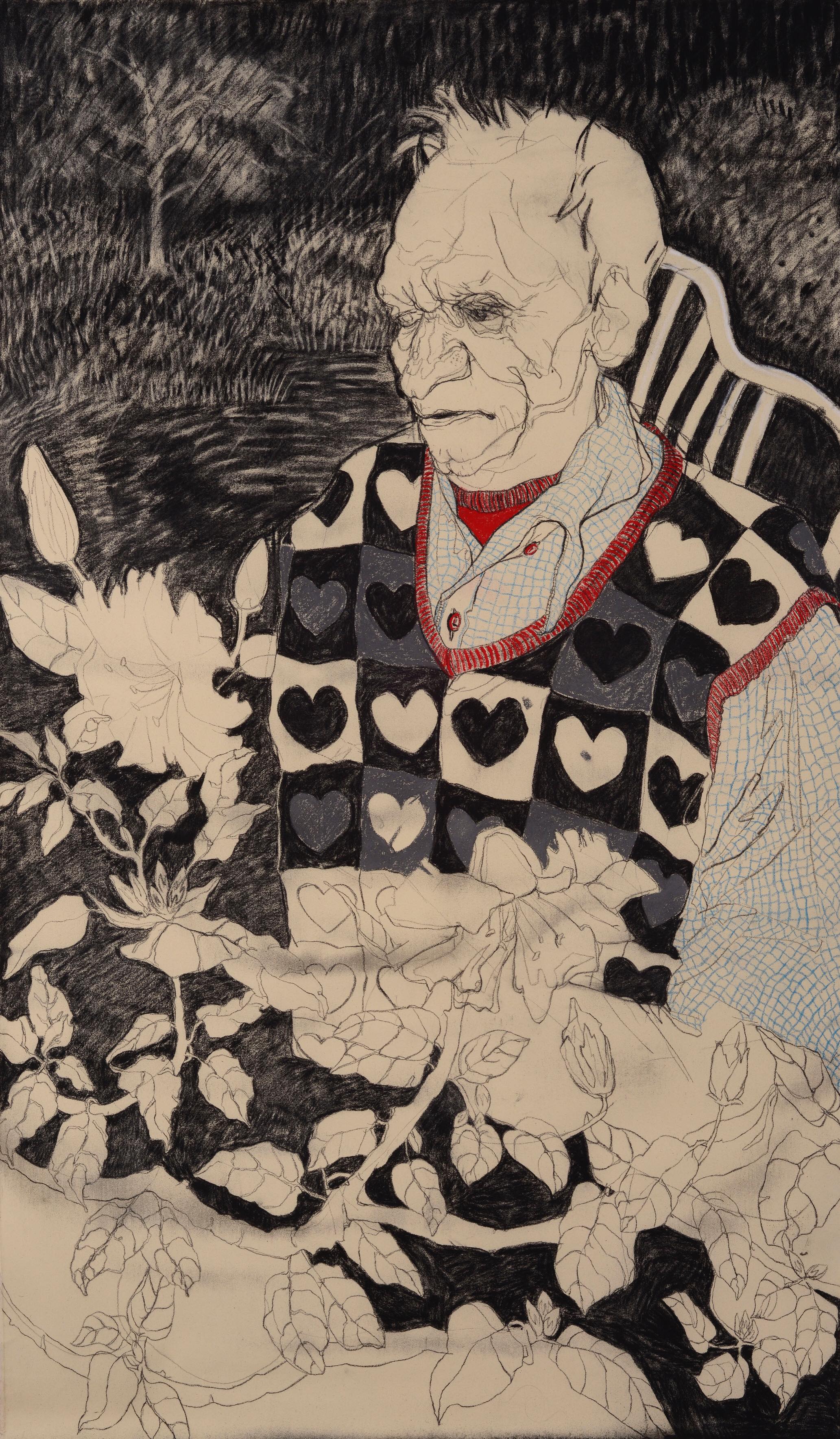 A deep dive in a beauty pool

The first thing that is noticed in humans is their face and, then other physical attributes are noticed. Faces and facial expressions are socially important for humans to interact.

We often make these statements by precisely observing people’s facial features. Our responses to faces are too quick that make us decide then and there that who to avoid and who to be friends with.

Animals and humans have the same and obvious formula for faces: eyes, nose, ears, and mouth. Nature has been very consistent in composing faces of all the creatures. After nature, the one who could restructure human’s faces were the artists.

Artists play with the human mind with the hidden dark humor in their art which few can understand. Psychologist believes that artists are the neuroscientists and their brain works in a different way. As Semir Zeki, a neurobiologist at University College London & director of the Institute of Neurasthenics, observed; “The artist is, in a sense, a neuroscientist, exploring the potentials and capacities of the brain, though with different tools”.

A beautiful face is always attracted towards beauty but Maria Khan, better be called a neuroscientist who disturbs the wires of the brain with the dark humor in her drawings, is addicted to , known in a common man’s language, ugliness.

Khan, NCA graduate and currently a teacher at the Punjab University, is a pride of Pakistan and her institute. With countless group shows and two solo exhibitions, this was the third solo of Khan in which she again proved herself a challenging artist who challenged the norms of the society in a most beautiful way.

In Khan’s recently concluded solo show, “Vanity is stronger than love at sixteen” at Canvas, she exhibited 14 portraits comprised of male and female characters that had large sooty eyes, messy hair, bizarre faces, exaggerated features and expressions. She used charcoal that kept the canvas black dominated and used colored pastels to add colors in the drawings on canvas. Each drawing had a different story from the other.

The artist’s work revolved around the understanding about woman’s mind, monstrous characters and physical deformity of the males and females. The characters in Khan’s work looked scandalous, ugly and old. She intentionally drew their shoulders wide, eyes and faces large and exposing wrinkled necks that resembled caricatures and cartoons.

With charcoal and solid colored pastels on canvas, she drew such characters that, in actual, does not exist in the real world but had stories which were connected to us – the humans.

Answering to a question, Khan said: “I don’t intend to make the characters ugly but yes, they are older. They are boldly projected. It depends on the viewer that how they depict these faces and their bodies. My work becomes more interesting when people observe these drawings from different angles and perspectives; scary, funny, cartoonish, and ugly and mature”.

Unlike Khan’s previous drawings which were mainly based on woman characters, this time she introduced male character giving extension to her ideas.

Khan’s way of portraying and questioning perfection was something few have mastered. She led the viewer decide that how would they define perfection and if beauty is perfection so who else could be more beautiful than these characters who were comfortable in their own skin, clothes and physical appearance.

Keeping the canvas black dominated, Khan used loud colors in the background to highlight the ‘happy’ element in her portraits by setting these characters with flowers, cupcakes, fancy lingerie, bows, fruits that added gold and glitters in her work. The characters in her work were very old but Khan didn’t portray them as weak or sympathize with them, instead she put elements in the work that glorified and venerated them.

“These characters are wearing dresses which do not go with the people of this age group. Females in the portraits are wearing polka dots, bold colors, fancy lingerie and males in the portrait are dressed up in innocent prints, polka dots, and these are the elements which we do not expect to be in an adult’s clothes or choice. But they gracefully carry them and express beauty in every way possible”. Khan said.

She carefully drew these drawings keeping in mind the message she wanted to convey through her work. When we talk about beauty, fair skins, slim bodies and a young person comes in our minds and we symbolize these attributes as beauty. But none of these attributes were found in Khan’s work; instead these characters had dark and wrinkled skins, bulging bellies and large scary eyes.

Khan’s work is just opposite to what beauty is. She said that nothing is missing in my work which you would look at as not a symbol of beauty and youth, the women are shown happy, wearing fancy clothes, shoes and men are wearing classy sweaters and blazers.

Speaking to an art lover, Hira Khan, she said: “I know Maria Khan’s work and it’s good that she has introduced new characters in her drawing series. There are few contemporary artists who do their work with complete responsibility, contribute to the art and society and understand what message they are delivering to the generation through their art. Khan is one of them”.

Discussing Khan’s work with an undergraduate fine art student, Zahid K. Tahir, he said: “Studying art gives you knowledge about art and polishes your natural skills but nothing can be compared with what naturally comes in an artist’s mind. Maria talks about the opposite of what beauty is and makes you believe that there is beauty in ugliness”.

Each woman in the drawing was showing a new angle of beauty carrying poise and a good deportment like a queen. These women were confident and beautiful. While interviewing Khan regarding her work, she mentioned one of her portrait and said:

“Have you looked at the portrait where a woman is looking back at the viewers with a serious face?” That is not just a random thought came to my mind and I drew it. It’s a moment which I captured. I capture moments from my immediate surroundings. I feel the depth and sentiments hidden in the eyes and gestures, especially of a woman, and I capture them in my mind and uses art as a medium to share these narratives in the most beautiful way I can”.

Woman in the portraits were wearing shoes which were smaller than the size of their feet, sitting like a queen and glittery clothes brought innocence in the characters. Khan continued to draw females but in her this show she was obsessed with old male characters.

She didn’t depict the male models as feeble. In each piece of Khan’s work there was something delightful and joyous, let it is the clothes – males wearing mufflers and sweaters that had stars and bold prints on them – or posing like a young model for some photo shoot. The clothes these males were wearing made them look young and active. They were wearing prints that one usually sees a child wearing which added an element of innocence and life in the portraits.

Khan drew ribbons, flowers, polka dot shits, and checked blazers not to make the characters cheeky, but to make them look young, adorable and as alive as we all are.

“These paintings are not funny or cheeky but each one is emotionally-charged. The characters would look like seductive to some viewers, especially female characters, but they are not. Every character in my work has a story that could be only unveiled by those who have a story. ” Khan said.

Khan’s work is an inspiration itself for the budding artists and others who want to opt art to serve art as well as want to leave something big for the up-coming generation. Speaking to a recent graduate and a visual artist, Zoya Nadeem, about how far does she see Khan’s work contributing in the art field, she said: “She has a great concept and her work has a different flavor. When I was an undergraduate, I personally chose Maria Khan’s work for an assignment and that was the time I realized that it might take me ages to master the skills that Khan has.”

Khan exhibited brilliant pieces of her work at “Vanity is stronger than love at sixteen”. She is an artist who has skills and ideas to change mundane forms of reality into something irresistible to the human brain.

Khan, born in 1986, lives and works in Lahore. Currently, she is a lecturer at Punjab University, College of Art and Design. She did her MA (Hons) in visual arts from the National College of Arts, Lahore, with a distinction in studio practice in 2011. She won the best young artist award of the Punjab Arts Council in 2010 and 2012. She has exhibited her work in several group shows in Pakistan.