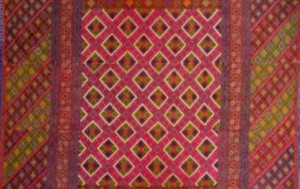 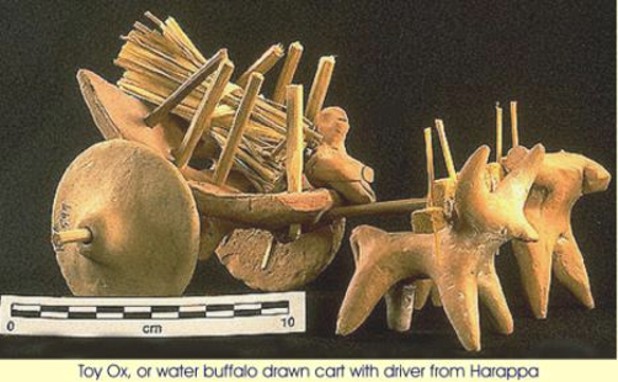 A Case for Crafts

As a scholar and practitioner of textile design, when asked about how I perceive the relationship between art and craft, it is a question I must approach with a discerning lens. To be reductionist in its answering would be a gross disservice to the complex ways in which art and craft have traditionally interacted with and fueled one another.  Inherent in the debate regarding art and craft in our post-colonial state is the premise that one is inferior to the other and vice versa. In my view, one cannot do without the other.

I would like to begin at the ‘beginning’, that is the pre-history. A quick look at pre-historic records that have surfaced over the last 175 years enriches our knowledge base about our cave-dweller ancestors in a mind-blowing manner. This visual evidence informs us that roughly100,000 years ago, pre-historic humans were creating symbols, and ornaments; perforating sea-snails, engraving ostrich eggshells, grinding ocher and mixing it with other ingredients to make it into a paste. About 39000 years ago, they were painting the cave walls with images of bisons, lions,and horses.  The first sculpted image of a human being was created roughly 35000 years ago, found in Germany in 2008.  A carved mammoth tusk resulting in a female face was found in France that is thought to be the oldest representation of a human face, dated 25000 years ago.  Why I am presenting these apparently “irrelevant” facts here is to join some dots and create a case for crafts.  As a reader, observer and analyst of these records, I find it fascinating that along with near perfect representation of animals, these humans were making marks that find their way into most of the crafts and folk arts around the world today.  Over thousands of years, these marks have appeared on countless sites in Egypt, modern day Turkey, China, India, Mesopotamia and many other geographical entities.  Sometimes these have morphed into a visual language as well as vocabulary while at other instances, the ‘art’ side of this expression has taken precedence. There has never been a time since pre-history that   recognizable visuals and symbolic signage have not been together.

Many a millennia ago, the perfectly symmetrical flint tools, the “exquisitely symmetrical” perforated teeth and shells, “scratching on bones and antler that seem intentional and ordered”, was essentially an interception by our ancestors who lived in caves and were hunter-gatherers as Nigel Spivy tells us in “How Art Made The World”.  “Much small-scale or portable art may have vanished” as observed by Nigel Spivey, but it may very well have manifested itself in the ornamental designs of crafts, I’d like to conjecture, using the lens of speculative history, and as  practitioner in the field s of fibre and metals . Crafts depict stages in history thus is linear to some extent.  There are gaps too, in this narrative of where we stand today, but every few years newer excavations bring forth new findings, thus filling some gaps in the puzzle that is the human civilization. A. K. Brohi, in the foreword to “A History of Handicrafts” by Begum Akhtar Riazuddin, spoke of craft as a great aid towards the reconstruction of the aesthetic history of any given civilization.

Patricia Ormsby Stoddartd in her book, “Ralli Quilts: Traditional Textiles from Pakistan and India” draws a direct connection between the geometric patterns on rallis with pottery and seals excavated from Indus Valley Civilisation, as well as earlier settlement sites namely Mohenjodaro, Mehrgarh, Amri, Pirak  and Harappa. A prime example is that of the priest king from Mohenjo-daro whose shawl depicts the trefoil motif, that is still carried on in the Ajrak pattern. This unbroken lineage is ample proof of the strength of tradition.

To further this argument, the Merriam-Webster dictionary giving many meanings of the word “craft” defines it as “an activity that involves making something in a skillful way by using your hands”, “a job or activity that requires special skill”, and “an object made by skillful use of hands”. Interestingly, it uses the word “art” as a synonym of “craft”.

Imagination stays as a major stake-holder in art as well as craft as Richard Lannoy, in his book “The Speaking Tree: A study of Indian Culture and Society”, put it succinctly, “Art or silpa includes the full spectrum of creative activity: ritual, skill, craft, the formative imagination”.  E.H Gombrich seemed to echo a similar sentiment. He said that “the ancient world had no special term for what we call ‘the arts’”. It included a variety of skills. “This wider usage did not exclude an awareness of the progress of skills in various fields, progress that was seen as an advance from primitive barbarism to the higher forms of civilization.” (Gombrich, 2002)

The critics of craft imply that craft is repetitive and thus requires no analytical thought process or imagination.  Countless   examples from the ‘Ralli’ tradition in the deserts of Sind believe this concept. The small squares forming the main composition of a “Ralli” do not essentially change form but remain building blocks of hundreds of thousands of imaginative compositions in their essence.  Similarly, the ‘bagh’ or ‘phulkari’ shawls from Swat, embroidered from one end of the fabric to the other are indicative of a passion that is too strong to ignore or to brush aside by saying it is repetitive, or lacks conscious thinking processes.  An analysis of these local motifs reveals close connections with pre-historic and historic vast repertoire of signs and symbols.  A strong influence of topography is also evident. Should then one ignore this wealth of visual and tactile arrangements as mere repetition devoid of any meaning or sense or seek to look deeper to find connectivity that might lead into a collective unconscious.

Same principles can be applied when looking at patterns in local traditional jewelry and related crafts to get an insight into the collective reservoir that is the past of thousands of years.

These crafts carry stories nay realities in their womb for us to decipher and delve deep into, for our sake and for humanity’s sake. From hominids to Homo erectus to Homo Sapiens, these technologies of past have shaped and made the world. I rest my case.

Way before the oral culture, there was craft. And there was Art. And they co-existed and complemented one another.  And they still complement each other. As one looks around, in today’s art world, especially in India and Pakistan, there are many artists who are using mediums and materials that once lay outside the domain of art and generally were not considered favourable or favourite.    Fibres, fabrics, embroideries, metal pins, metallic sheets, stone such as granite etc are being used to convey what the artist wishes to. Today as the pre-historic and history-centric narratives come full circle, boundaries between art and craft blur and sometimes merge.  The west has been witnessing it since many decades but the sensibility and sensitization has come to this part of the world only recently. And it has helped produce more varied kind of art, thanks to the craft.

More importantly, the concept of studio/atelier with many members is finding more audiences as artists discover new ways of coalescing thoughts and ideas.   I would like to reproduce a paragraph from Richard Lannoy’s book to further my point.  “At the moment when the West has reached the apogee of the individualist experiment in creative modes of expression, and seems to have embarked on a re-discovery of social, collective organization, not only has the non-individualistic art of the East aroused new and widespread occidental respect, but Western individualism is being seriously re-examined; this is reflected in the Western Art of our time.  The aesthetic philosophy of the modern West has, in fact, brought us closer to the cultures of Asia”.