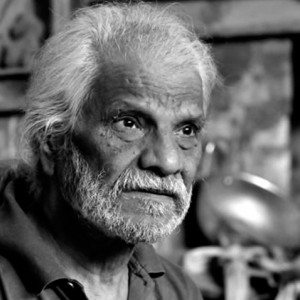 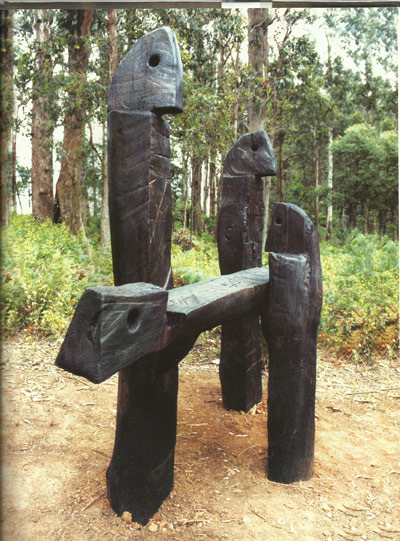 Most artists in the art world are known and remembered for their body of work and oeuvre; however, it is extraordinary when artists also shine due to their vibrant personalities and uninhibited ways of living. While I never had the fortune to meet sculptor and artist extraordinaire Shahid Sajjad, what I have heard and read about him and his various endeavours has left a lasting impression on my mind.

Shahid Sajjad, at the very young age of 18, left home to travel to Lahore. Being self-taught, he learned drawing and painting as a commercial painter, subsequently heading the creative department of leading Karachi-based advertising agency Lintas while he was in his twenties. Sajjad was extremely influenced by J. Krishnamurti and Baba Bulleh Shah, and their views, ideas and words seemed to subconsciously mould his life.

How amazing is it that in the early sixties, at a very young age, Sajjad’s chutzpah and quest for life led him to a three-year journey to South-East Asia, the Middle East and, finally, Europe on a motorbike! He reached Paris where Paul Gauguin’s Tahitian wood carvings greatly inspired him. Then, in 1965, he worked in Rangamati in what is now Bangladesh. This is a district in the Chittagong Hill Tracts where he created some of his iconic large-scale woodcarvings, which critics believe contributed greatly to his artistic growth. He also learned techniques in Japan, including the method of lost-wax casting from sculptor, Akio Kato. The artist wasn’t shy of exploring a variety of diverse disciplines and mediums: woodcarvings, bronze sculptures/ reliefs, painting, printmaking and drawing were all part of his work.

Sajjad has had so many accolades under his belt that it is difficult to mention all of them here. He had a solo exhibition of wood and bronze sculptures at the Karachi Arts Council in 1974, won a first prize at the National Sculptures exhibition in Islamabad in 1977, was commissioned by the Pakistan Army to execute a mural in bronze, titled, ‘Cavalry through the ages’, which was completed in 1981, and received a further commission to execute a mural in cold cast bronze for the Maritime Museum, Karachi. Sajjad had the honour of participating in the Saarc Festival in New Delhi in 1992. In 1996, he was conferred a fellowship of the National College of Arts. Shahid Sajjad also had the distinction of being among the 25 luminaries selected by K-Electric (formerly KESC) for his unparalleled contribution to the art scene of Pakistan.

Perhaps one of his most lasting legacies is that he was one of the founding members of the Indus Valley School of Art and Architecture, Karachi; an institution that has produced thousands of artists, designers (communication, textile and interior) and architects who have gone on to pursue creative fields and contribute to changing the creative landscape of Pakistan. He has had two retrospective exhibitions: one of them at The Zahoor-ul-Akhlaque Gallery at the NCA, Lahore in 2007, and at the Indus Valley School of Art and Architecture in 2010, exhibiting more than a hundred art works and documenting his experiences as an artist for more than five decades.

But what was the man Shahid Sajjad really like? A person of extraordinary views and unconventional thinking, Sajjad despised the idea of conformity. He believed schools worked towards creating clones, with no tolerance towards defiance and difference. While he believed in learning, he loathed the idea of an educational entity churning out homogenous graduates. He believed in learning more than being ‘educated’. The artist was a deep thinker who greatly valued the relationships in his life which greatly influenced his work. For me his most interesting belief, as quoted by Rabeya Jalil in an earlier article on the sculptor, was that ‘there is no shame in not being able to achieve or succeed, as achievement is a figment of our imagination’. Perhaps Sajjad has given us food for thought and something to live by, as we tend to often base our happiness on what we term as external ‘success’, and we measure that success by comparing ourselves with what those around us are doing and achieving.

Shahid Sajjad passed away in 2014 after a prolonged illness. He stays in our hearts and minds forever, remembered for his brilliant work and sculptures that he breathed soul into, through his sheer zest for life.